Rodrigo Duterte's spokesman says the Philippine president should be taken "seriously, not literally" 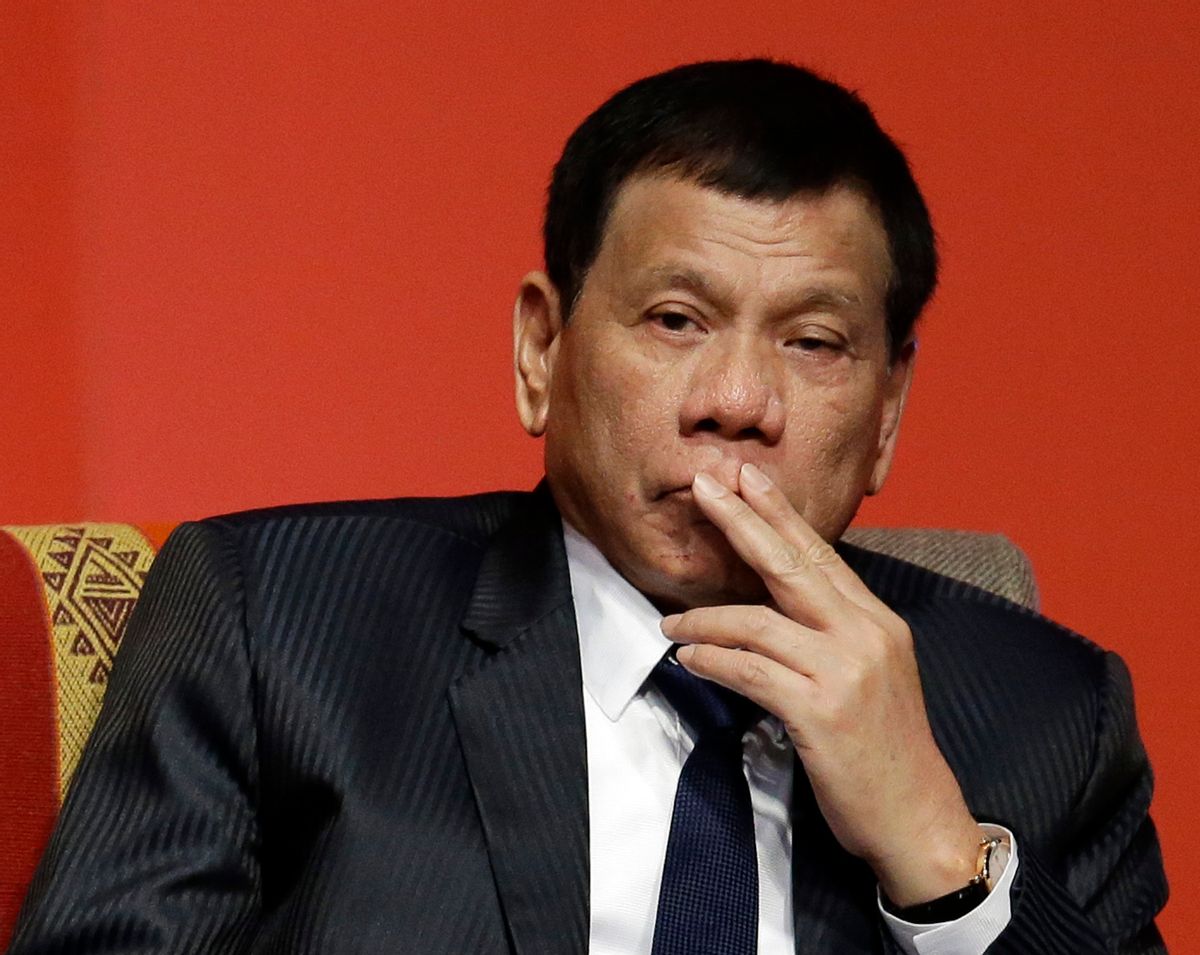 Earlier this week, Philippine president Rodrigo Duterte made headlines for ordering his country's armed forces to shoot female communist rebels in the genitals. He later added that without their reproductive organs, the women would be "useless."

Duterte's latest outburst is hardly novel. As Adrian Chen documented in the New Yorker, the strongman has a long history of misogynist invective, once asking a political reporter how his wife's genitalia smelled, and separately, calling President Barack Obama a "son of a whore."

What's new about his remarks is the way they're being couched by Philippine officials. Here's what presidential spokesman Harry Roque told reporters before Gabriela, a woman's group with representation in the Congress of the Phillippines, called Duterte "the most dangerous macho-fascist in government": “I have been saying again and again, do not take the president literally but take him seriously."

If those words sound familiar, that's because they are. Two weeks before the 2016 election, right-wing billionaire and Republican donor Peter Thiel predicted a Trump victory, claiming American voters took the Republican nominee "seriously but not literally." Former CNN contributor Corey Lewandowski later echoed Thiel's remarks during a talk at Harvard University in which he excoriated the mainstream media for "taking everything that Donald Trump said" at face value. (Lewandowski briefly served as Trump's campaign manager before being charged with misdemeanor battery for assaulting a female Breitbart reporter.)

Duterte is a brutal autocrat linked to the extrajudicial murder of at least 1,400 drug users, petty criminals and street children. While Duterte denies commanding death squads as mayor of Davao, Reuters reports that he has repeatedly condoned their activities, if not openly endorsed them. On at least one occasion, he has compared himself to Hitler.

During a trip to Asia in November, Trump skirted questions of Duterte's human rights abuses, asserting his admiration for the Philippine president. Roque's latest statement suggests the feeling is mutual.