#MeToo is a wakeup call: We need to talk to youth about sexual health and ethics 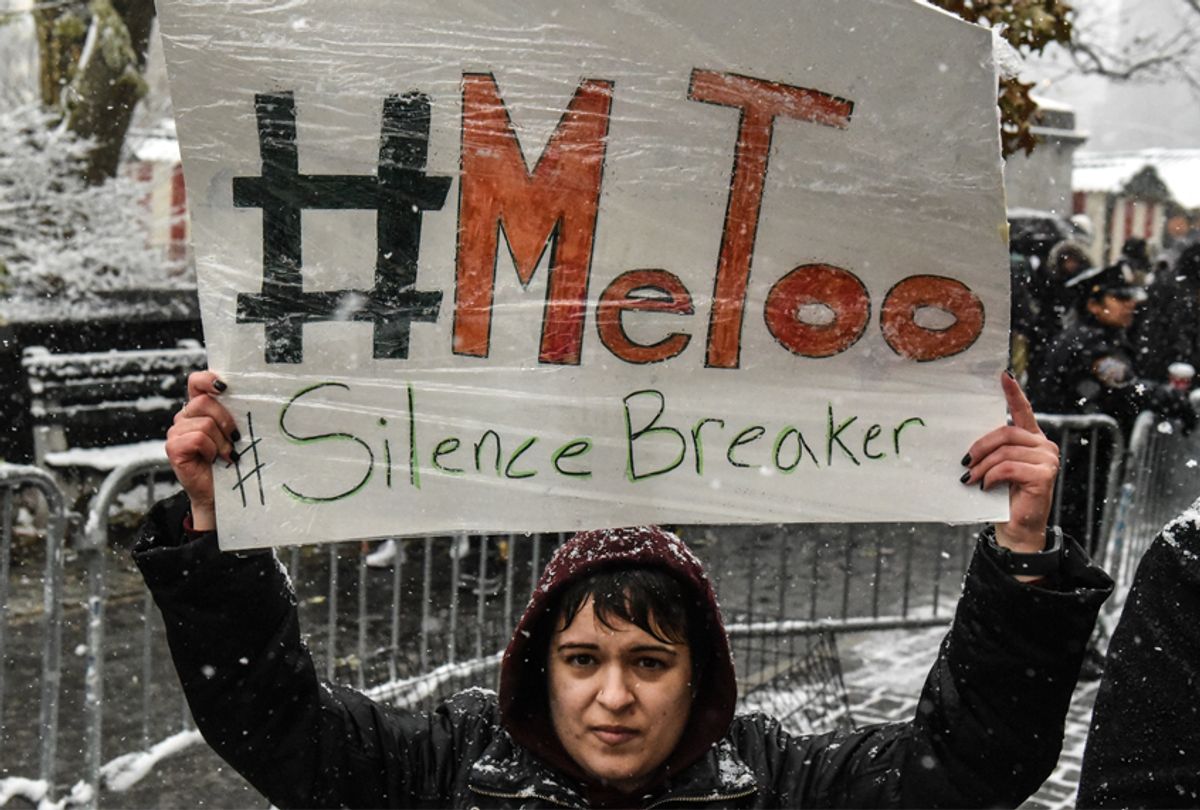 In July 2001, then Surgeon General David Satcher released an historic public health document, The Surgeon General’s Call to Action to Promote Sexual Health and Responsible Sexual Behavior. Its goal was modest: “to stimulate respectful, thoughtful, and mature discussion in our communities and homes” about the promotion of sexual health and responsible sexual behavior. The hope was that those discussions would ultimately lead to the development of much-needed evidence-based guidelines to assist “parents, clergy, teachers, and others in their work of improving sexual health and responsible sexual behavior.”

More than 15 years later, there is no better illustration of our country’s failure to answer that call than the explosion of sexual misconduct and assault disclosures that has been especially pervasive on college campuses and, more recently, in workplace settings, notably in entertainment, politics and media. The magnitude of the problem of sexual misconduct in all forms should not be a surprise given our national refusal to embrace educating our young people about how to have a healthy and respectful sexual life.

The 2011 “Dear Colleague” letter from the Office of Civil Rights of the Department of Education has guided much of the current efforts to address sexual misconduct on college campuses, and it’s rooted in policy — the lead staff were almost all lawyers, and the framing of the problem, as well as the initial responses to that letter by colleges and universities, was of a regulatory and legal nature. The suggested revisions to the policies appear to push further in that direction, especially the possibility of relying even more on criminal prosecution as a way to adjudicate allegations. Although the conversation did shift to a degree toward how colleges and universities can prevent sexual misconduct, the regulatory and legal framing remains the primary focus.

Our national discourse has turned once again to sexual misconduct following a proliferation of allegations about sexual harassment and assault in the workplace. Scores of prominent men, many of them college educated and leaders in their fields, have been accused of sexual misconduct since the first accusations against Harvey Weinstein were made public. There has also been renewed interest in previous allegations against public figures such as Supreme Court Justice Clarence Thomas, former President Bill Clinton and President Donald Trump.

While the wave of allegations, firings and resignations has yet to show signs of receding, at some point we must pivot as a society to also consider the future and prevention. It is easy to think that this problem is strictly about rogue men — and it is in part — but it would be a serious mistake if we make that the sole focus. Our response as a society has been almost exclusively centered around how to punish those who are found to commit such acts, which, though gratifying and necessary, leaves us with only limited discussion about what rampant sexual misconduct may reflect about an underlying national sexual health crisis. However belatedly, we must now answer the Surgeon General’s call to begin a serious societal conversation about sexual health over the lifespan.

Sexuality is an important part of the human experience, but it can also raise the most fundamental questions about human decency, about the distinction between our desires and our actions, and about respect for and engagement with our sexual partners. A developmental approach toward this issue is important, because it must be part of the foundation of prevention of sexual misconduct; understanding how we develop as sexual persons can guide how we can promote positive sexual health. It should also motivate changes in what happens in conversations and education before young people reach college and then enter the work setting — in their homes, schools, religious institutions and broader communities. It is beyond question that many colleges and universities and workplaces are not doing enough both to respond fairly to allegations of sexual misconduct of all forms and — more importantly — to invest in prevention. But to think that only colleges and universities or workplaces can solve the issues and behaviors that we want to prevent is naïve at best.

People do not begin their sexual lives and establish sexual behaviors after they cross the entrance to their college campus or sit down in their first cubicle. Most young people reach adulthood with a history of some sexual activity, and young people are now regularly exposed to sexual images and activities, especially through social media. Unfortunately, they usually do not have a strong framework for integrating their sexual desires, exposures and behaviors into their personal and community values and into their broader lives.

I do not mean to suggest that colleges and universities or workplaces have no or little role in the prevention of sexual misconduct in their settings. But what is most needed is the continuation — not the initiation — of dialogue around sexual health and responsible sexual behavior. It is important for us to empower everyone early in their lives with a healthy understanding of what it means to be a responsible and ethical human in the context of sexual behavior, whatever their religious or moral beliefs may be. There will surely be wide variation across our communities in exactly what healthy sexuality may mean and how and when young people learn about their sexuality, but we must provide them with the knowledge and language necessary for thinking seriously about their choices, boundaries and preferences.

As the father of two young boys, the older one just at the cusp of adolescence, and as a public health physician and college president, I know all too well that these conversations are never easy — and they never will be. This part of our lives is deeply personal and private and intimately tied to our values and beliefs about the meaning of our lives.

There are tools to help, such as the developmentally structured and secular Our Whole Lives (OWL) program of sexual education developed jointly by the Unitarian Universalist Church and the United Churches of Christ, with targeted curricula from kindergarten through adulthood. But our fractured communities and nation need so much more. We will know that our federal government, our workplaces, our colleges and universities, and our society are taking this issue seriously when we shift our focus away from a regulatory and legal framework for addressing sexual misconduct toward intervening long before young people enter institutions of higher education or the workforce, to help them develop healthy and respectful sexual lives.

Raynard S. Kington has served as president of Grinnell College in Iowa since 2010. Trained as a physician and a health economist, he has brought a fresh perspective to the academic world of liberal arts colleges. Prior to his tenure at Grinnell, Kington served as deputy director and acting director of the National Institutes of Health (NIH) and directed the National Health and Nutrition Examination Survey at the Centers for Disease Control and Prevention, one of the largest studies of the health of the population of the United States.