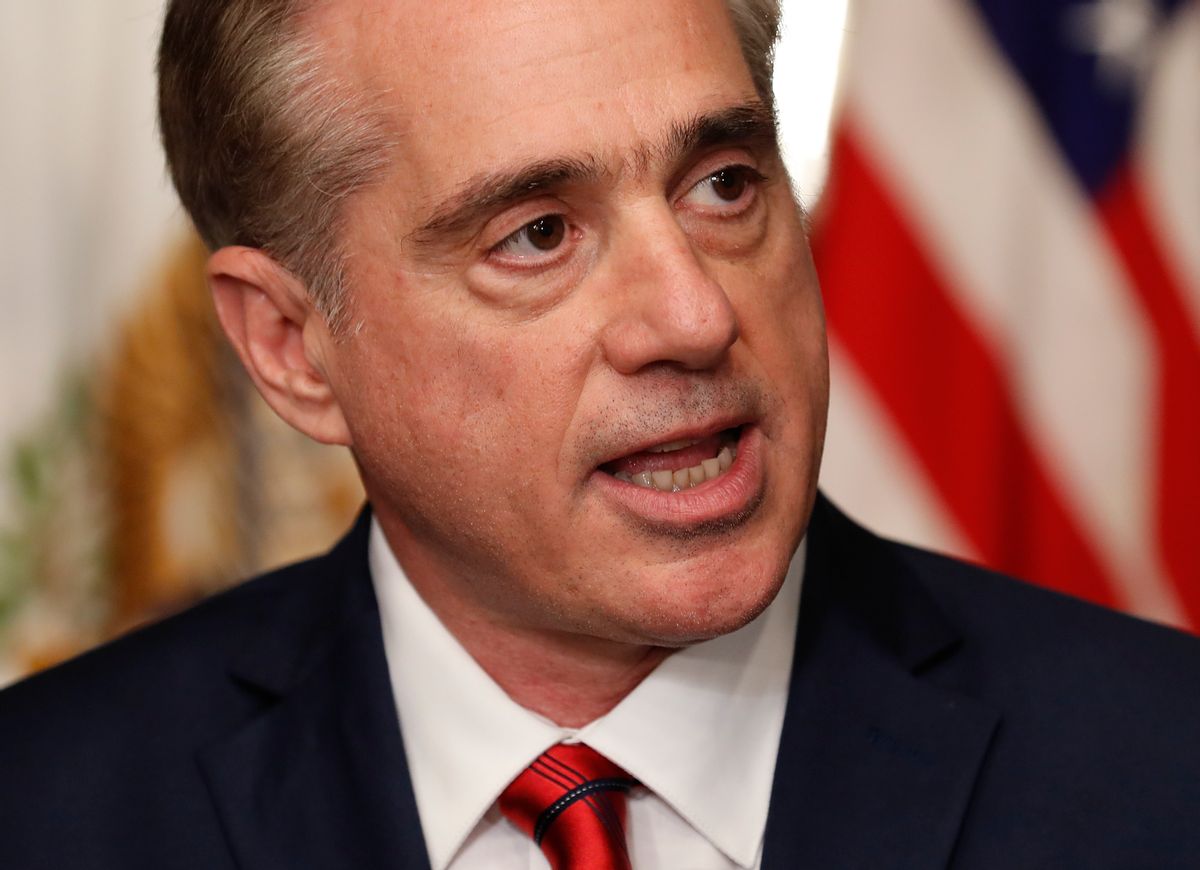 FILE - In this Feb. 14, 2017 file photo, Veterans Affairs Secretary David Shulkin speaks in Washington. Federal authorities are stepping up investigations at Department of Veterans Affairs medical centers due to a sharp increase in opioid theft, missing prescriptions or unauthorized drug use by VA employees since 2009, according to government data obtained by The Associated Press. (AP Photo/Carolyn Kaster, File) (AP)
--

On Friday, the Office of Veteran Affairs released a statement announcing that Peter O’Rourke will take on the position as the VA’s permanent chief of staff "effective immediately." The change in guard follows reports that the former chief of staff, Vivieca Wright Simpson, fabricated an email so that the VA chief David Shulkin's wife, Merle Bari, could accompany him on a trip Europe—and be reimbursed by the government.

"Effective immediately, VA Office of Accountability and Whistleblower Protection Executive Director Peter O’Rourke will serve as VA’s permanent chief of staff, ensuring that the department works closely with the White House going forward," the statement said. "He will continue to serve as OAWP executive director until a successor is named."

According to Politico and USA Today, the top aide "retired." Recall, on Wednesday a report released by the Veteran Affairs Office of Inspector General found that Vivieca Wright Simpson altered an email, and that Shulkin improperly accepted Wimbledon tickets in 2017.

"He's really part of the culture of corruption that too often defines this organization. I just don't think that he has the moral authority to clean it up," Colorado Republican Mike Coffman said in a statement.

Yet CNN reports that Shulkin's aide might be the only one to be implicated by the IG allegations. Shulkin told CNN on Friday that he wasn't asked to resign, following a meeting he reportedly had with Chief of Staff John Kelly.

"I'm not going to let the politics of what's going on distract me from doing the job that I came to Washington to do," Shulkin told CNN on Friday.

According to the IG report, the “Chief of Staff made false representations to a VA Ethics official and altered an official record, resulting in VA improperly laying for Dr. Bari’s air travel”—which was more than $4,000. The fabrication happened in an email exchange between a program specialist and Simpson, and made it look like Shulkin was going to receive an award in Denmark.

The VA’s Office of Inspector General launched the investigation after receiving an anonymous tip alleging a misuse of the funds. The estimated total cost of the trip was $122,334 for all who attended the 11-day excursion last summer.