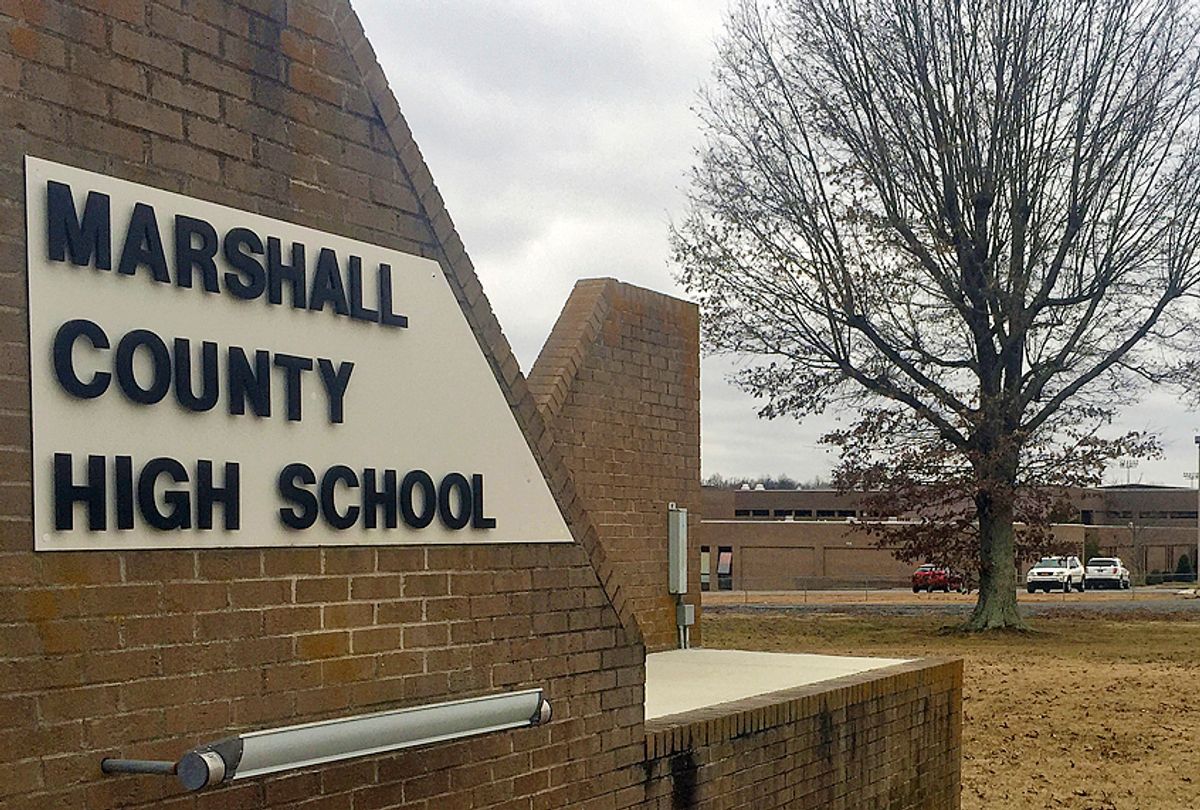 In a new court filing, three Kentucky news organizations are alleging gross misconduct by the judge presiding over the case of the Kentucky high school shooting that left two students killed and more than a dozen others wounded. Fifteen-year-old Gabriel Parker has been charged with murder and first degree assault for the Jan. 23 Marshall County High School shooting, and was arraigned Friday as an adult.

The "petition for writ of mandamus or prohibition" claims Marshall County Circuit Judge James Jameson "engaged in highly unusual and inappropriate series of actions to prematurely intervene in the handling of the criminal matter," the filing says on behalf of WPSD TV, The Paducah Sun and the County-Tribune Courier. These accusations allege that Jameson is an acquaintance of Parker's mother, though it is unclear in what nature; that Jameson assigned Parker a public defender just hours after the shooting — well before the case entered his court — and that Jameson demanded the police stop an ongoing interview with Parker.

"The filing also says that Jameson illegally closed Parker’s Circuit Court arraignment last Friday and subsequently illegally sealed records of the proceeding in an apparent effort to avoid scrutiny of his actions," The Paducah Sun reported.

The filing claims Jameson's decision is in violation of Kentucky law KRS 635 120, which declares: "Records . . . of juveniles tried as adults in the Circuit Court shall be open to the public after the child has been indicted and arraigned on the offense for trial of the child as an adult."

Parker was indicted Tuesday, Feb. 13 and before his Friday arraignment, Paxton Media said they learned that Jameson planned to conduct a closed hearing. Counsel to the news organizations sought to inform Jameson of the law barring a closed hearing, to which the petition claims, the judge responded by saying the arraignment was "juvenile proceedings before the Circuit Court." The Marshall County Circuit Court Clerk's office then refused Paxton Media's requests for the court records following the arraignment Friday and then again Monday, according to the petition.

"Plainly, the public has a compelling right — and need — to know what happened in the closed hearing," the filing says. "Immediate relief is necessary to vindicate the public's right to know how courts are handling one of the most high-profile murder cases in the state in recent memory." Paxton Media is petitioning the Kentucky Court of Appeals to override Jameson's actions and to release the records of court proceedings from Friday, Feb. 16, and asking that all future proceedings be accessible to the public and media.

Publisher Jim Paxton said that he questioned the court action, but was compelled to do so in thinking of the victims of the shooting: "What is the right thing to do here? Because here’s where we are: You know, we got kids who were killed and we’ve got other kids who’ve been disfigured for life. And we got a whole bunch of other kids who the best years of their lives have been taken from them by this. And those people are just morally, and by the Constitution, entitled to a public, a fair, and impartial prosecution of this case."

"That’s why we filed this action," Paxton added. "That’s our only motive in filing this action."

The full court filing can be read here.