The "Cheers" actor got schooled by the USA men's curling team 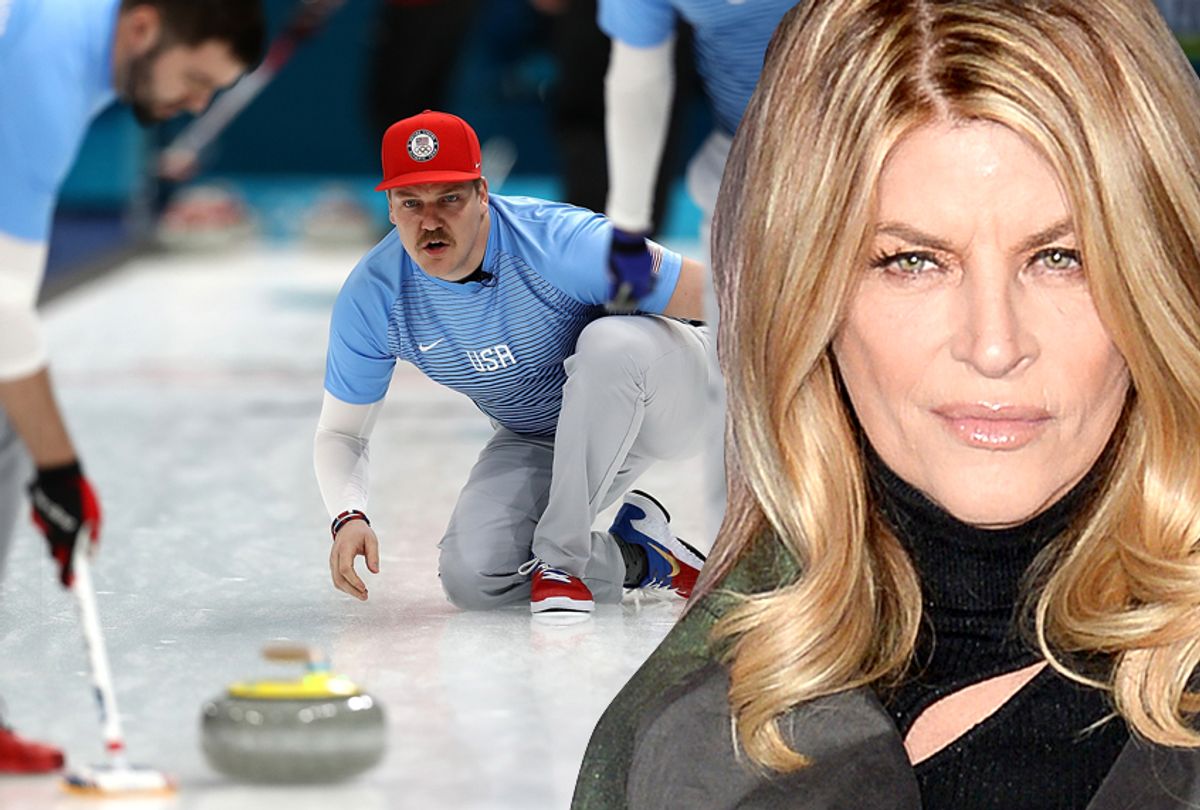 Curling may seem like a laid-back sport to those watching from their homes on TV, but the athletes are quite serious. Just ask actor Kirstie Alley, who had to learn this lesson the hard way.

"I'm not trying to be mean but...... Curling is boring," she wrote Monday during the Winter Olympics, in a tweet that has since been deleted.

The team sport consists of players sliding stones on a rectangular sheet of ice towards a target area known as "the house." The game is reminiscent of an icy version of shuffleboard. There are two teams of four players and they alternate between sliding the stones, also known as rocks, toward the circular target, and sweepers with brooms who can change the state of the ice in the slider's pathway. For anyone who has curled, it's known for both its physicality and mental challenge.

That night, the 2018 U.S. Men’s Olympic Curling Team tweeted the actress back with a quip that was as comical as it was biting: "We’re not trying to be mean either but your movies weren’t exactly riveting theater Kirstie."

The hate for Alley came in quickly, with typical social media flair, some defending the sport and others attributing her opinions to her associations with Scientology and struggles with weight loss. But some users had less violent reactions and even offered comebacks for the actor, noting her movie titles as potential responses.

“Look who’s talking” with the “profoundly normal” movies you’ve starred in, “Kirstie”. This game of “sticks and stones” is the “runaway” favorite of the Olympics. Give curling “one more chance”. “Cheers” 🍻

Others questioned why she was watching the sport, if she in fact found it "boring."

Many were just here for the jokes.

Notably, Mr. T defended curling extensively, and his tweets since the feud began have all been dedicated to the apparently beloved sport — which has its roots in 16th century Scotland, where it was first played on frozen ponds and lochs. It made its first Winter Olympic debut in 1924 in France, but it was short-lived and the sport was dropped. In 1932, curling made a comeback as an exhibition sport, but it fully reemerged for competition in 1998 at the Nagano games.

It can be considered a fairly niche sport, with a dedicated fanbase, but it becomes somewhat popular every four years during the Winter Games. The Conversation suggests that it's so appealing to watch because "the slow pace of the game and the close-up camera shots of the players allow us to share in the emotions of the event. There is the drama of victory and defeat. There is the teamship and camaraderie that so clearly comes across on the screen."

Alley appeared to tweet a reference to the back and forth, saying, "Another day to try and be as 'sensitive' as possible to not offend anyone anywhere anytime ...about anything..lmfao GOOD LUCK."

Another day to try and be as "sensitive" as possible to not offend anyone anywhere anytime ...about anything..lmfao GOOD LUCK🙄🙄🙄

But shortly afterward, Alley acquiesced her position and pledged to give the sport another chance, for the sake of her son, anyway.

All was well from there, and Team USA extended an invitation for her and her son to learn to play.

I think it's safe to say, the feud is over.