This district went overwhelmingly for Trump in 2016, but there's a wild story behind this big flip 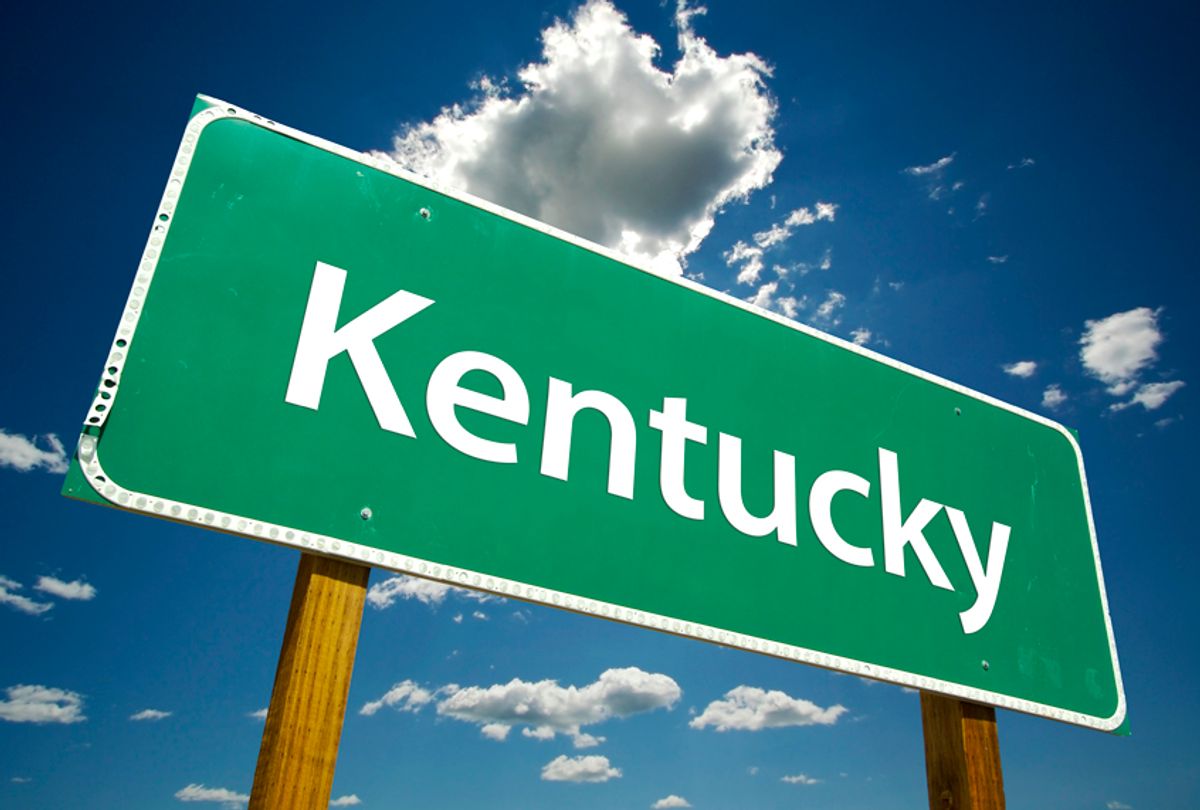 In yet another sign that 2018 is turning out to be a very special year for Democrats, a Kentucky district that went for President Donald Trump by nearly 50 points in 2016 went blue Tuesday night. But there's a wild backstory here.

Linda Belcher, a Democrat first elected to the Kentucky House in 2008, was elected Tuesday with an overwhelming 68.45 percent of the vote, according to The Washington Post. Belcher lost her seat two years ago to Republican Dan Johnson by a paltry 156 votes. Johnson's win, albeit small, was partly due to Trump's overwhelming win in the state. In the district, Trump beat Clinton, 72-23. Belcher's loss was often attributed to Trump's sweep of the state — one that allowed Republicans to achieve total political control there for the first time since 1920.

Things quickly turned sour for Johnson, who had previously been famous as a pastor. The Kentucky Center for Investigative Reporting (KyCIR) reported that Johnson had been accused of sexually assaulting a then-17 year old girl in 2012, with the case being seemingly botched by the local police force. The story also poked holes in Johnson's description about his own background, from his schooling and supposed volunteer work during the September 11th terrorist attacks to his claim of having served as White House chaplain during the presidencies of George H. W. Bush, Bill Clinton and George W. Bush.

Johnson also had a reputation for making volatile right-wing statements. He frequently attacked President Barack Obama and First Lady Michelle Obama using racist jokes, and in 2014 infamously implied to Guns.com that he thought Jesus Christ wanted people to have guns.

"Jesus taught us to be armed. The real reason for our Second Amendment rights is that we have a gun to keep a mean-spirited government off of us. If they go crazy, we gotta have something to be crazier with," Johnson told Guns.com.

Days after KyCIR published its story, Johnson was found dead of a gunshot wound to the head. His widow, Rebecca Johnson, became the Republican nominee to replace him, although she was ultimately bested by Belcher.

The Democratic victory in Kentucky marks the third major state legislative victory picked up by the party in three consecutive weeks. Other recent victories occurred in Florida and Missouri.