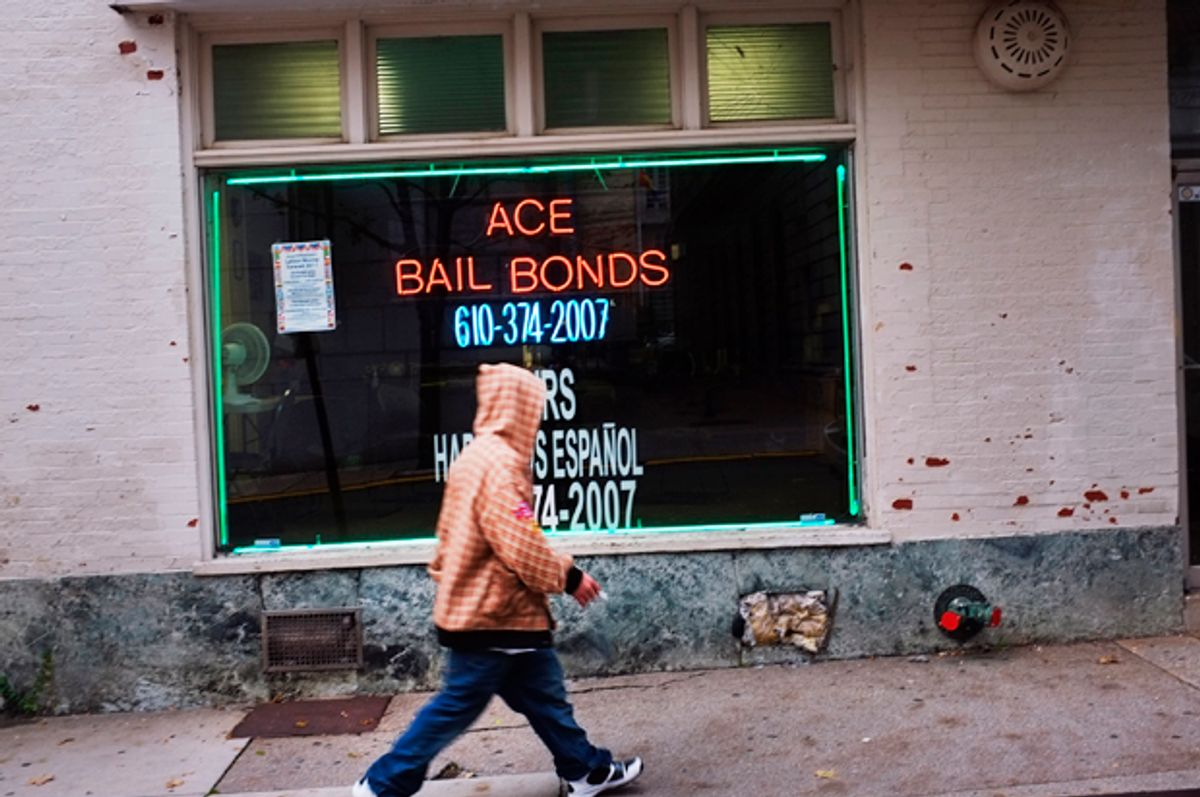 Atlanta's City Council just unanimously voted and adopted a move to reform Atlanta’s cash bail system, which frequently targets, jails and ultimately upends the lives of its poorest citizens for some of the most minor and non-violent misdemeanors. The decision took a heated six hours to reach a 13-0 vote, and has become the latest protest in a growing number of concerted efforts against the American justice system's notorious bail scam.

Atlanta Mayor Keisha Lance Bottoms signed the proposal that stipulated people guilty of nuisance offenses should not be jailed for unnecessarily lengthy durations — think in terms of days, weeks and months — simply because they do not have the financial power to pay fines starting at $100 and going up to $500 and more. The reform will take effect a month after Bottoms signs the proposal. Once active, the Atlanta Detention Center will be authorized to let people guilty of minor misdemeanors out on their own personal recognizance as long as they promise to appear in court on demand.

Efforts to address the city’s oppressive cash bail system have been taking place for a while now. According to the AJC, the Southern Center for Human Rights and the Civil Rights Corps demanded former Mayor Kasim Reed to acknowledge and rectify the conditions of impoverished people who couldn’t quite literally buy their way out of prison due to hefty bails for petty crimes.

To paint a picture of just how morally dubious the city's bail process was, Southern Center for Human Rights lawyer Sarah Geraghty told Atlanta radio station WABE that the system criminalizes poverty. "Here's how it works now," she said. "People who can afford to pay are immediately released after booking. And those who cannot pay are detained as a result of that. The city jails are filled nightly with people charged with misdemeanors and ordinance violations only because they cannot pay.”

The issue is not confined to the City of Love alone. Suffocating and towering bails set for petty crimes is a social, moral, economic and political dilemma that plagues the entirety of the United States and has been a civil rights conundrum since the 1960s. Recently, in Los Angeles, UCLA’s Million Dollar Hoods project showed how the city was cashing in billions upon billions of dollars by jailing poor people of color and keeping them chained to the city's exorbitant bail system.

In New Hampshire, on Mar. 8 in 2016, Jeffrey Pendleton was sent to jail for possessing marijuana — a misdemeanor in the state — and set on a $100 bail. The Burger King employee had no money to pay the amount and died in jail six days later. Pendleton's story is similar to that of Sandra Bland, who couldn't afford her way out of prison and died in custody in Texas.

Such stories are distressingly common in the United States, especially for people of color, who are twice as likely to remain in jail for failing to post bond. According to a U.S. Department of Justice study titled Jail Inmates at Midyear, the majority of jail bookings in America are for petty and generally nonviolent crimes. Yet, according to the same Department's Felony Defendants in Large Counties study, 90 percent of those Americans don't have the money to post bail. It's not a cheap system either. The VERA Institute of Justice estimates that our American justice system burns $14 billion taxpayer money for unjust incarceration.

Perhaps through Atlanta's example, other cities and states will bolster their efforts and seek more humane legal means that hold citizens accountable but don't criminalize poverty for minor nuisances.