Texas Democrats are emboldened, and they're turning out more than Republicans 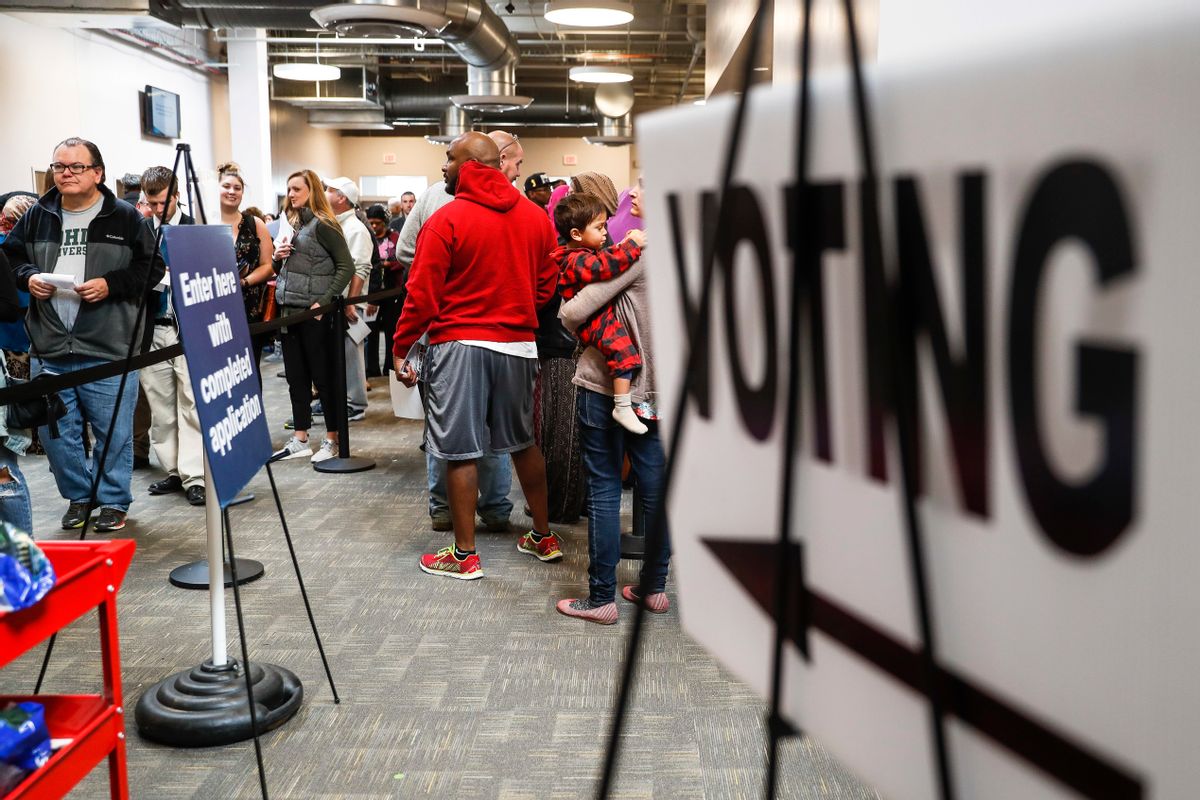 If the first day's turnout for early voting in Texas is indicative of larger national trends to come, Republicans will find themselves in big trouble during the upcoming 2018 midterm elections.

On Tuesday, 51,249 Texans appeared to vote in primaries in 15 of the state's largest counties, according to the Dallas Morning News. That number is only slightly below the 55,931 who turned out on the first day of early voting in the 2016 presidential primaries. Though a drop is to be expected when comparing presidential primaries to midterm primaries, what's notable is that Texas saw a steep rise in turnout compared to the 2014 midterm elections, when only 38,441 Texans turned out to vote during the first day of early voting.

This major increase in voter turnout seemed to be predominantly due to heightened enthusiasm among Democrats. Although Republicans only saw a 16 percent increase in their first-day early voting turnout since the 2014 midterm elections, Democrats saw an increase of 51 percent.

The most likely explanation for the sudden spike in turnout? Anger toward President Donald Trump.

"In general, there seems to be more energy, largely stemming from people's reactions to President Trump and a lot of Democrat-leaning groups trying to get people out and organized. It's maybe more Democrats than Republicans, but people who oppose him and don't like the results of the election and can't believe he won, [saying], 'We obviously can't vote against him this time but we can try to get more Democrats elected to respond to him,'" Robert Lowry, a political science professor at the University of Texas at Dallas, told the Morning News.