The FCC announces the last days of net neutrality

Net neutrality only has a month left 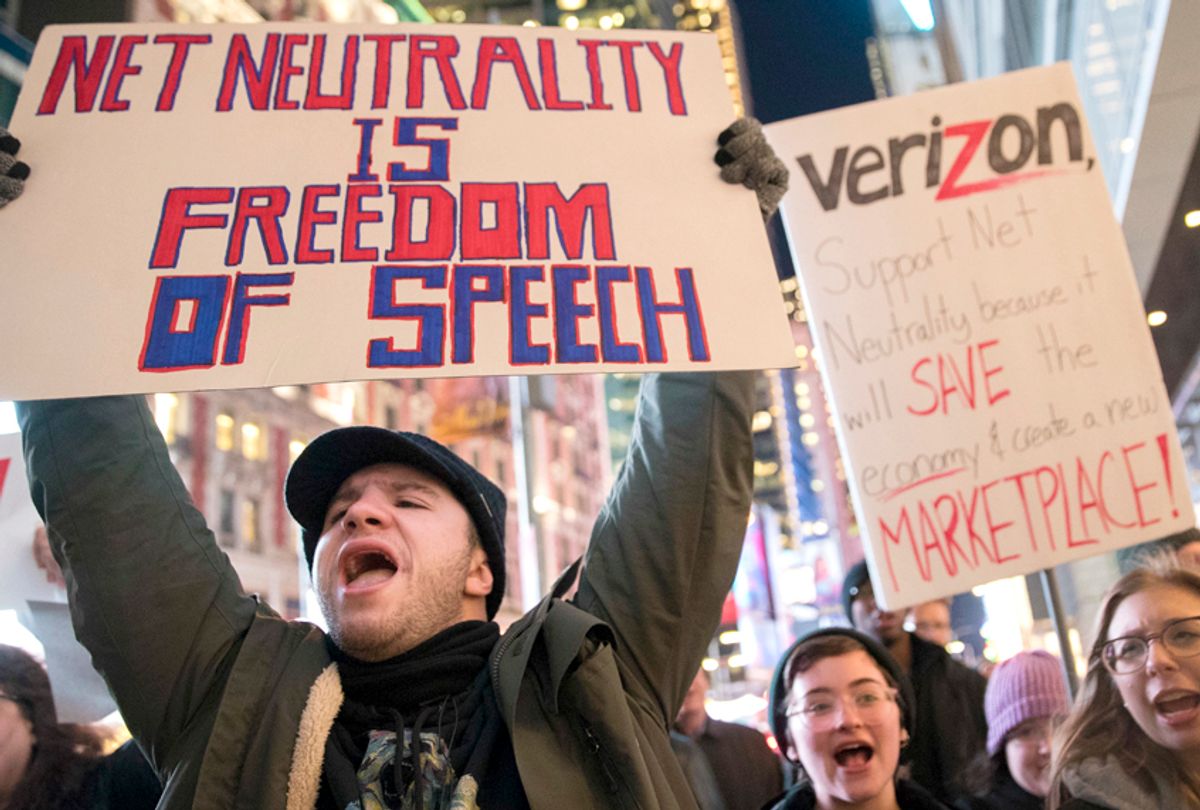 The Federal Communications Commission (FCC) has made it official: On April 23, 2018, the net neutrality measures imposed by President Barack Obama will be no more.

The FCC established that date as the terminal one for net neutrality by publishing its order to the Federal Register on Thursday. Dozens of state attorneys general are now expected to join private net neutrality advocacy groups to file lawsuits against the order, which its publication in the register allows them to do, according to ABC News. Last week the coalition of attorneys general and pro-neutrality supporters withdrew a protective petition they filed in January to preserve their right to sue, so that they could refile once the rule was officially published, according to CNBC.

Amy Spitalnick, a spokeswoman for New York Attorney General Eric Schneiderman, told CNBC that a "coalition of AGs is taking the FCC to court to challenge its illegal rollback of net neutrality."

In addition to legal challenges, Democrats in Congress are expected to try to thwart the repeal through legislative efforts in both the Senate and House of Representatives. Because Republicans have a substantial majority in the latter body, it is unlikely that Democrats will be able to push anything through there. Even if they did, their measures would be subject to veto by President Donald Trump, who shares FCC Chairman Ajit Pai's strong opposition to net neutrality.

"The Federal Communications Commission (Commission) returns to the light-touch regulatory scheme that enabled the internet to develop and thrive for nearly two decades," the FCC explained in the Federal Register. "The commission restores the classification of broadband internet access service as a lightly-regulated information service and reinstates the private mobile service classification of mobile broadband internet access service."

Net neutrality is a policy that regulates broadband providers by requiring them to treat all data from the internet equally. This would prevent them from, among other things, blocking or slowing down certain websites or types of content and showing preferential treatment to others. It is a policy that is overwhelmingly popular among the American people, with a University of Maryland survey in December discovering that 83 percent of Americans did not approve of the FCC's then-impending repeal decision that month. This figure included roughly three out of four Republicans who were surveyed.

The movement to repeal net neutrality was given an artificial boost, however, by thousands of fraudulent comments that were submitted through the FCC's public comment process in April. Even though the fraud included the misuse of unsuspecting Americans' names and addresses, New York Attorney General Eric T. Schneiderman found that the FCC was unwilling to help him investigate the crime, with New York being frustrated as it attempted on at least nine occasions within a five-month period to access logs and other records.