Trump says he wants armed teachers in schools, after saying he never said that 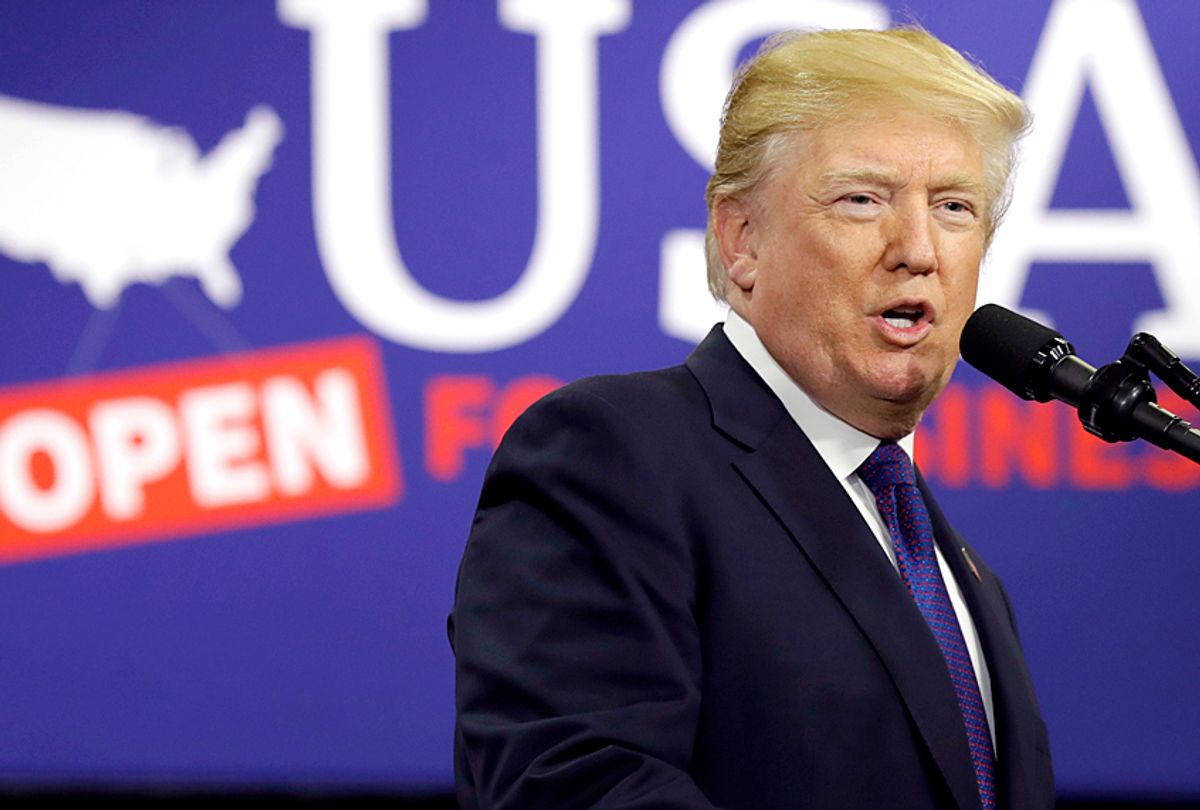 On Thursday morning, President Donald Trump tweeted that he would be "strongly pushing" legislation that would strengthen firearm background checks, raise the age limit for buying a long gun and ban the sale of bump stock modifications.

It's a step — a wish list, perhaps — and it came the day after a so-called listening session in the White House with students, teachers and parents who have been affected by school shootings over the years.

The event was highlighted by an embarrassing photograph of a notecard held by Trump that surfaced after the meeting. One of the final talking points written down was "I hear you," a sign that critics said exemplified how incapable he is at expressing empathy.

But during the event, the president suggested more teachers should carry concealed firearms in order to spring into action when and if a mass shooter attacks.

"Your concept and your idea about — it's called concealed carry — and it only works where you have people very adept at using firearms, of which you have many, and it would be teachers and coaches," Trump said during the session. "And this would only be, obviously, for people that are very adept at handling a gun."

He added, "They'd go for special training. And they would be there, and you would no longer have a gun-free zone. A gun-free zone to a maniac — because they're all cowards — a gun-free zone is, let's go in and let's attack, because bullets aren't coming back at us."

On Thursday morning, Trump lashed out, claiming that his proposal to arm teachers was being misrepresented. He tweeted that he "never said 'give teachers guns'" but then doubled down on the idea of allowing at least certain teachers to carry concealed firearms.

The idea that a hero with a gun can save mass amounts of people from a bad person with a gun has long been a fantasy for Republicans. After recent shootings, Army veterans have even pointed out that it's actually a myth, and it's more likely than not that adding a gun would only exacerbate the tragedy.

At one point, Trump may have felt that same way himself.

Yet at the Marjory Stoneman Douglas High School shooting last week, there was an armed officer on the scene, but details of his whereabouts during the incident still remain unclear.

"Where was the only guy with a gun when this happened?" Karen Dietrich, a Fort Lauderdale police officer whose two sons survived the tragedy asked, according to The New York Times. "I realize it’s a large campus, and he may have been on the other side, I don’t know. But it would not take six minutes on a full run to get from one end to the other."

Broward County Deputy Scott Peterson was reported to have been "seeking cover behind a concrete column leading to a stairwell" during the time of the shooting, a police officer at a nearby school told the Times. The officer added that he feared the gunman could have been in the parking lot at the time.

"I don’t know what deputies or police officers went in first, or in what order they arrived," Sheriff Scott Israel said. "This is a fluid investigation."

Without issuing any criticism of Peterson, it's quite easy to understand why heroic narratives may not always be a plausible concept to heavily rely on. Trump, of course, could also face pressure from the gun industry, as the National Rifle Association announced it would not support raising the age requirement for a long gun from 18 to 21.