Whatever Dana Loesch claims, the NRA has worked tirelessly against laws to keep guns away from dangerous people 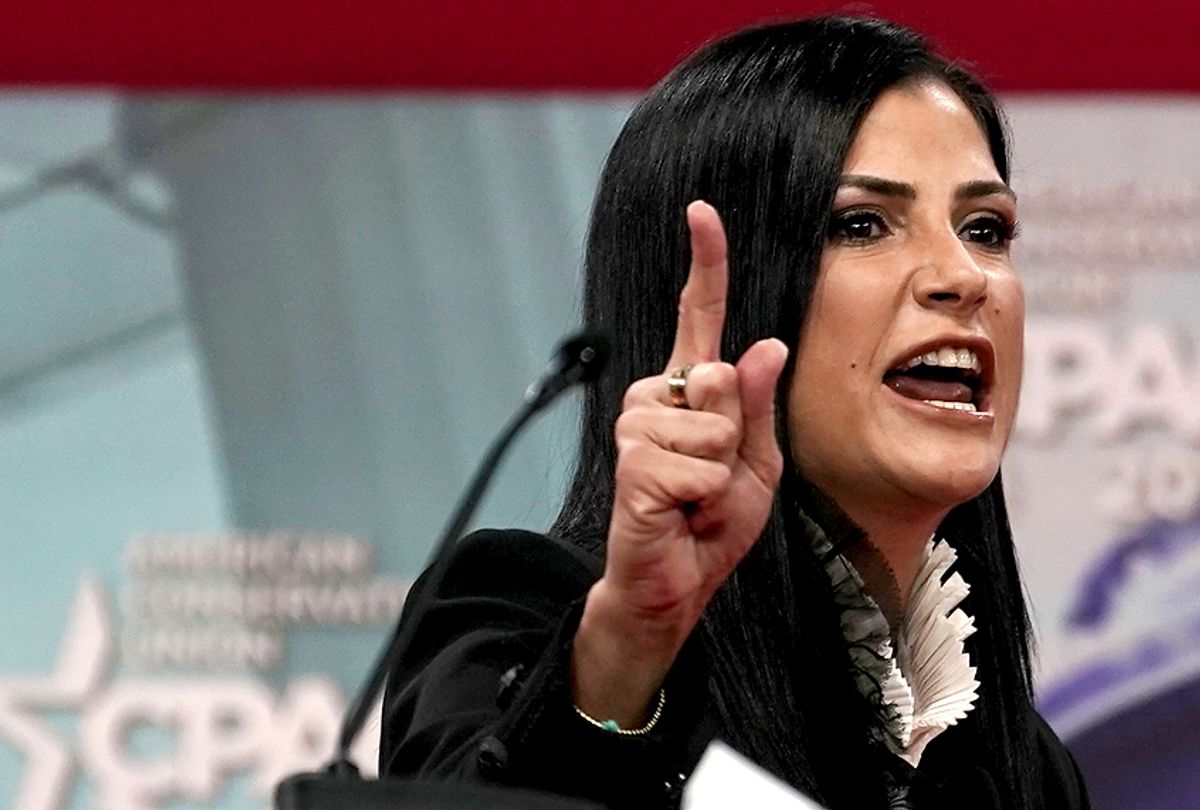 "I don’t believe that this insane monster should have ever been able to obtain a firearm," she said of Nikolas Cruz, who murdered 17 people at his former high school with a legally obtained AR-15. "And I, nor the millions of people that I represent as a part of this organization that I’m here speaking for, none of us support people who are crazy, who are a danger to themselves, who are a danger to others getting their hands on a firearm."

Experts and advocates on the gun issue are crying foul. “To the extent that you’re talking about this pivot or bluster or whatever we’re seeing from the NRA and Dana Loesch about using the term ‘red flag,’ I just want to be clear that they’ve opposed this sort of measure," William Rosen, the deputy legal director of Everytown for Gun Safety, told Salon the morning after Loesch's CNN performance.

Gun safety activists and sympathetic legislators have been pushing for state-level "red flag" laws — otherwise known as extreme risk protection orders (ERPOs) or gun violence restraining orders — ever since 2014, after Elliot Rodger killed six people in Isla Vista, California. Rodger's mother had called the police days before the murder, worried that her son's antisocial behavior made him a risk to others. But because he had no criminal record and no mental illness diagnosis, the police had no legal recourse to remove his guns.

The shooting in Parkland "focuses us particularly on this solution," explained New York state Sen. Brian Kavanagh, who has pushed for such a bill in his state, "because ERPOs are intended to deal with exactly this kind of situation and other situations as well, like suicide and interpersonal violence."

The laws — which have been passed in California, Oregon and Washington since the Isla Vista killing — "allow families and household members, as well as law enforcement officers, to petition a court to remove a person’s access to guns if he or she poses an imminent danger to self or others," according to the Giffords Law Center to Prevent Gun Violence. They're modeled on other kinds of restraining orders, such as domestic violence restraining orders, that allow the civil court system to prevent violence without necessarily escalating the situation to a criminal justice issue. The laws balance the need for due process — a court has to hear evidence before ruling — with the need to protect the public from unhinged people with guns.

People are starting to use this tool. In a letter sent to Everytown in January, the California Department of Justice records more than 100 temporary gun removals in the state, ranging from 21 to 100 days, in 2017.  As the Sacramento Bee reports, San Diego reports issuing 10 such orders to stop potential shooters since December, including "an ex-Marine who walked into an auto parts store with a loaded handgun, but called police before shooting anyone" and "a demented 81-year-old man who threatened to shoot his 75-year-old wife and a neighbor because he believed they were having an affair."

In fact, the NRA has fought these "red flag" laws every step of the way. When California passed its law in the months after the Isla Vista shooting, Charles Cunningham of the NRA's Institute for Legislative Action (NRA-ILA) declared it was "one of the most egregious violations of civil liberties ever introduced in the California Legislature," When Washington introduced similar legislation, the NRA-ILA declared that it meant "a person's rights disappear merely on the say-so of someone else," (This is false. A court has to hear evidence and make a ruling.) They fought a similar bill in Oregon, but failed to defeat it.

“The only major criticism we’ve gotten has been from the New York affiliate of the NRA, which is called the Rifle and Pistol Association," Kavanagh said. The NRA has resisted red flag bills in Vermont, Missouri and Massachusetts as well.

The New York State Rifle and Pistol Association claims that Kavanagh's bill is redundant to others like the SAFE Act, which instituted universal background checks. This posture is insincere, however. For one thing, the group is also trying to repeal the SAFE Act. For another, the red flag bill is meant to cover people like the Parkland shooter, who may pass a background check despite their erratic behavior because they don't have a criminal record or mental-health diagnosis that would stop them.

So why did Loesch claim she and the NRA support efforts to keep guns away from dangerous people, when their track record shows the opposite? Rosen suggested it's part of a "long history" of the NRA "trying to co-opt the terminology of the gun violence prevention movement in order to scuttle actual, meaningful gun violence prevention reform."

The group, he said, even uses "decoy legislation" that allow "certain legislators who are in their pocket to be able to ... take a vote on a bill in Congress and say, ‘I voted for background checks’ when it does nothing to close loopholes in the background check system."

The most damning example of this came in 2013, when Sens. Chuck Grassley, R-Iowa, and Ted Cruz, R-Texas, offered a toothless background-check bill that basically did nothing of substance. It was meant as an alternative to a more robust bill, giving swing-state Republicans a chance to say they voted for a background check bill when they actually voted against one that might have worked.

The political pressure from the shooting is leading some Republicans to express interest in "red flag" bills, most notably Sen. Marco Rubio, who is taking serious heat from many of his Florida constituents. While there's good reason to be wary, thanks to the decoy-and-deflect strategy the NRA has provided its well-funded politicians, Rosen notes that there has been some movement in red states on the issue of getting guns out of the hands of dangerous people. Laws that tighten the background-check loophole for domestic abusers, for instance, have been signed by Republican governors such as Scott Walker of Wisconsin, Bobby Jindal of Louisiana and Brian Sandoval of Nevada.

None of these bills were anywhere near as tough as they needed to be to make a real difference, but the fact that many Republicans voted for them shows that GOP legislators are not as impervious to public pressure on gun violence as they may seem. The NRA will no doubt continue fight every effort to reduce the number of dangerous people who have access to guns (while lying about it). But the group is not all-powerful and can be defeated.