Why work on real problems when you can make an empty gesture instead? 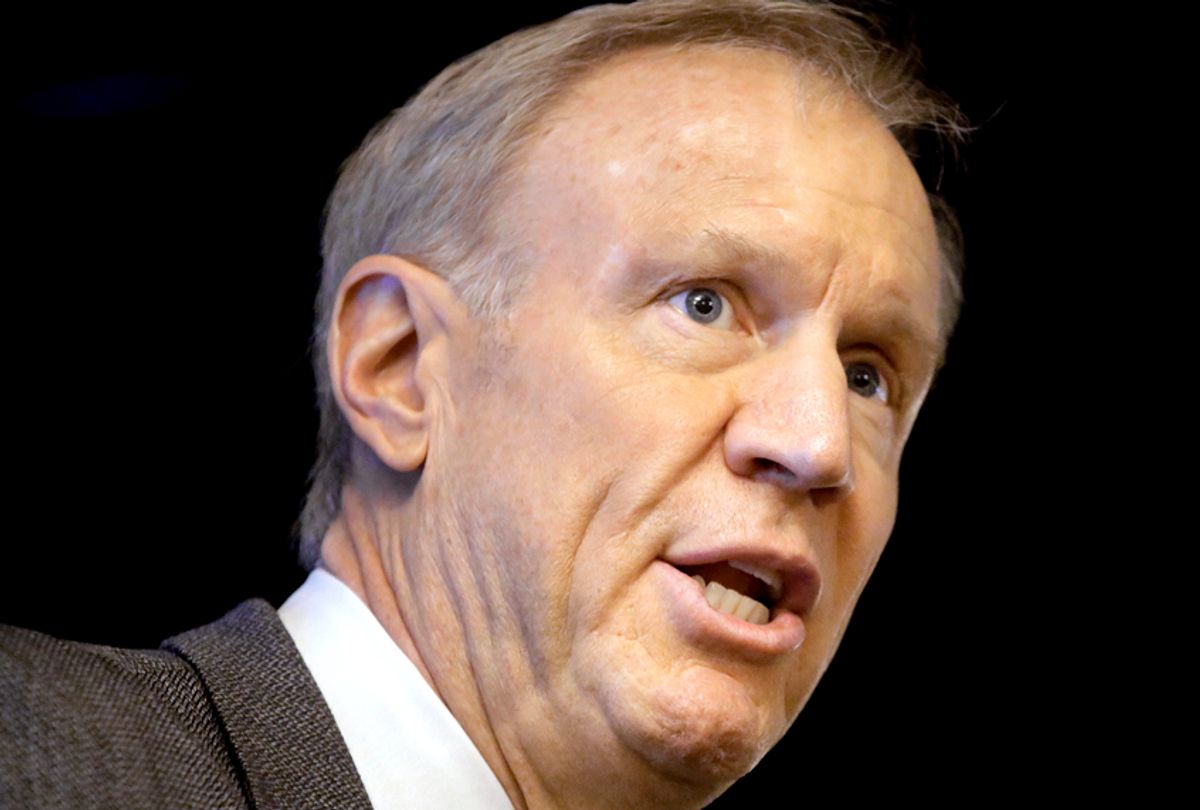 There are productive ways to demonstrate unity and racial harmony and there are bad ways. This week, Illinois Gov. Bruce Rauner demonstrated the latter in a major way.

The Republican, up for re-election in a few months, drank chocolate milk to illustrate the power of diversity during a Black History Month workplace diversity event. And it all done with knowledge that cameras would be there.

The chocolate milk was supposed to "represent diversity," but looks more like a 7-year-old's optimal breakfast. The Chicago Tribune called the stunt a "clunky corporate metaphor" — and it's really hard to call it anything but.

It's an empty gesture that, believe it or not, isn't even new. Tyronne Stoudemire, the diversity and inclusion executive at Hyatt Hotels who came up with the idea, has been using it for 16 years "as a simple way to illustrate the lack of diversity at the top of Fortune 500 companies," the Tribune noted.

Instead, it provided fodder to critics of Rauner.

And it other IL Governor news, Bruce Rauner continues to set records for cringe-inducing awfulness. https://t.co/VAvt4Epvw4

So just mix regular milk and chocolate milk for diversity? Wow why no one ever thought of this before?! https://t.co/fIQyoDJr0h — EL FOOSAY (@SheHatesJacoby) February 23, 2018