Underrated at the time, the now-legendary quintet's debut album has more to offer than their breakout hit 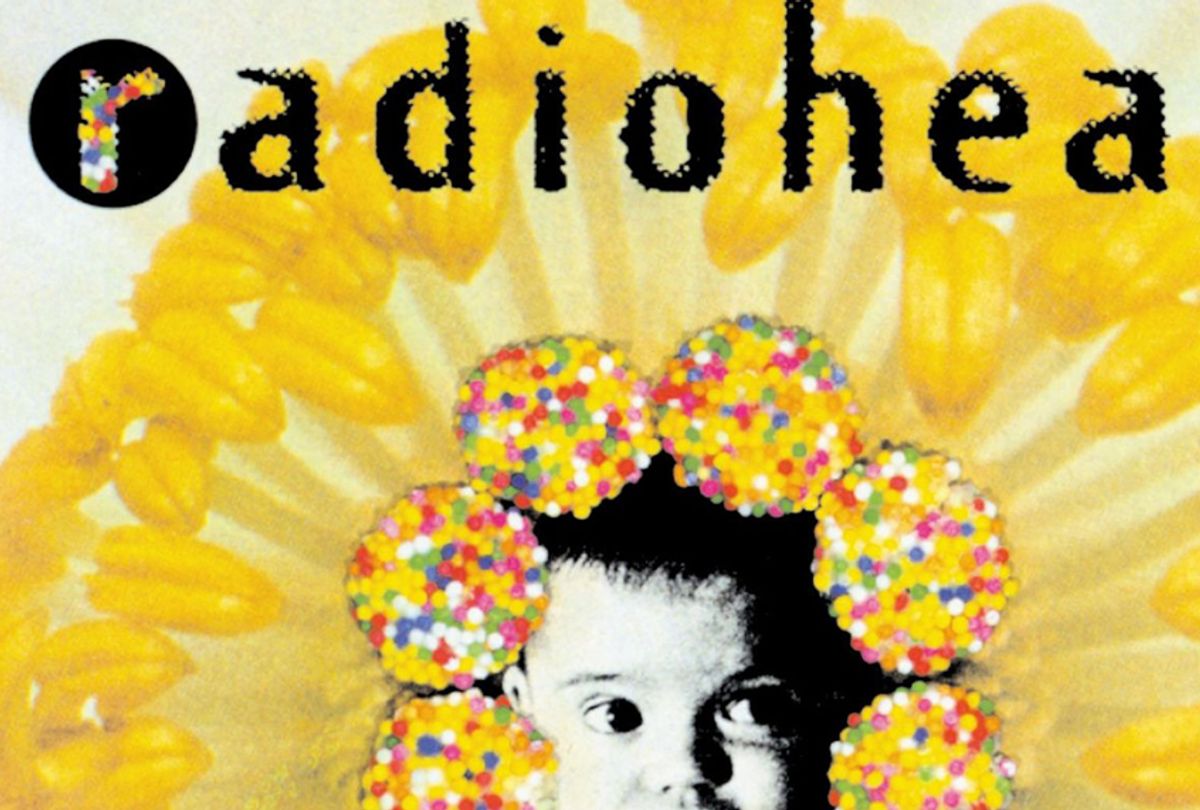 Earlier in the week, Radiohead announced a string of North American arena tour dates for summer 2018, including a whopping three nights at Madison Square Garden. Judging by the grumbling about Ticketmaster on Twitter (and the occasional celebratory tweet), tickets went fast.

It's safe to say that few thought Radiohead would still be around (much less so popular) when the band released its full-length debut, "Pablo Honey." Issued in the U.K. in early 1993 — possibly on Feb. 22, although some archival fan sites claim a release date of March 6 — the album spawned only one notable single and didn't necessarily sound unique or groundbreaking.

Billboard's review at the time mentioned U2 as an inspiration, while Entertainment Weekly namechecked the Cure and Smiths as influences. The Los Angeles Times' 2.5-star review was positively middling: "This English quintet's debut doesn't really deliver anything you haven't heard before, steering too close to Smiths-like melodies and trying ever so hard to be depressed in the way the Cure popularized. Occasionally, though, it does offer clever lyrics and good hooks."

All of these comparisons do make sense, although in hindsight the album is far more indebted to noisy American acts such as Pixies, Sonic Youth and, especially, Dinosaur Jr. The latter favored distortion-blurred guitar lines that twisted like a kite in the wind, a sonic approach evident all over "Pablo Honey." The chiming "Lurgee" crescendos to a meandering solo; "I Can't" juxtaposes desperate Thom Yorke crooning with raucous guitar pulses; and chunky melodic riffs bounce throughout "Prove Yourself."

Yet, at least musically, "Pablo Honey" has aged well. "How Do You?" is a gleeful full-body thrash with chaotic piano and guitar effects, while the tense dynamics driving the explosive "Ripcord," an abrasive song about the experience of hurtling into the unknown.

Lyrically, "Pablo Honey" is a different story. As "Ripcord" implies, Yorke (who seemed to be going by Thom E Yorke at the time) was trying to find his footing as a songwriter. References to Radiohead's future favorite topics were all there on "Pablo Honey" — anger at the status quo, feeling like an outsider, worrying about the future — but Yorke's clarity and specificity were a work in progress. "How Do You?" rails against a "dangerous bigot" and "powerful freak," although it's never clear why the man is to be feared, while the bottled-up irritation of "Vegetable" is somewhat comically exaggerated.

But Radiohead's skepticism was already present in spades. The Pixies-esque "Anyone Can Play Guitar," which features the inimitable Yorke lyric "I wanna be, wanna be, wanna be Jim Morrison," was inspired by his visceral negative reaction to Oliver Stone's "The Doors" movie. "I just ranted that verse the day after I saw that film," Yorke once said. "It really wound me up, really upset me. It was like he was some sort of Arthurian legend or something."

Little did Yorke know what kind of popularity he'd soon be facing. After all, no discussion of "Pablo Honey" would be complete without Radiohead's albatross, the churning grunge touchstone "Creep." The band's biggest U.S. chart hit to this day, the song meshed well with the noisy guitars and loud-quiet-loud dynamics popular at the time. But "Creep" also resonated because it's so relatable: Yorke wrote it about feeling awkward in front of a crush, who apparently later showed up at a Radiohead show.

"Thom was mortified, because he's never spoken to her or anything," guitarist Jonny Greenwood told The Chicago Sun-Times in 1993. "He just followed her for a couple of days or a week or whatever about two or three years ago. And here she was. He was very shaken up after that."

Although "Creep" was initially released as a single in 1992, it didn't connect in the U.S. until the following year, after a San Francisco radio station started playing the import. Around the time "Pablo Honey" was issued in the U.S., the song debuted on Billboard's Modern Rock Tracks chart at No. 29, and would peak at No. 2.

To promote "Creep," Radiohead ended up making the rounds of TV shows. One of the more incongruous appearances ended up being the band playing the song at MTV's summer vacation party pad, the Beach House. The sunglasses-sporting band members looked aloof but intense as they stood on a tiny stage poolside slashing through the song. As a YouTube commenter hilariously (and correctly) put it, "Radiohead looks like Batman villains here."

Perhaps unsurprisingly, "Creep" fell out of Radohead's setlist for a number of years, and is still only played sporadically. The ambivalence makes sense, however: The song certainly was a narrow representation of Radiohead's sound and worldview, and its runaway success made many consider the band a novelty or one-hit wonder.

"A lot of journalists said, 'This is a joke song, right?'" Yorke told Melody Maker about "Creep." "Well, yeah, but no . . . I was quite shocked by that! It is an outsider's song, and I suppose it touches a nerve with a lot of people — but it's not a nerve I'd want to tap again. I couldn't, anyway. It was an accident first time. I suppose it is ironic now, because I have to ask myself all the time whether or not I'm still an outsider. I think I am. I've just been pushed into a different corner."

Yorke's observation was astute, as Radiohead very quickly moved on from the lurching self-immolation of "Creep." Starting with 1995's "The Bends," the band expanded its solipsistic worldview and added in rather pointed societal commentary. Radiohead was still a band of outsiders, but now it aimed to represent misfits everywhere.

With the band's eventual success, perception of "Pablo Honey" softened, and it became easier to grasp the album's legacy. "Thinking About You" sounds like a blueprint for Coldplay's early delicate work, while "Blow Out" presages Radiohead's later music; the song starts with tense, jazzy drumming, before ending in a guitar roar that's an obvious Sonic Youth homage.

And the highlight "Stop Whispering" foreshadowed Radiohead's future. The lyrics mention being oppressed by higher powers, and express frustration that they can't articulate exactly why that's bothersome: "And the feeling is that there's something wrong / Because I can't find the words, and I can't find the songs." The solution is simple but galvanizing: "Stop whispering, start shouting." As it turns out, that's exactly what Radiohead started to do — and became one of rock's most enduring, influential and exciting bands.