"High Maintenance": A much-needed mellow in a harsh time

The second season of HBO's quirky series acts as a respite from the Trump era, without ignoring it 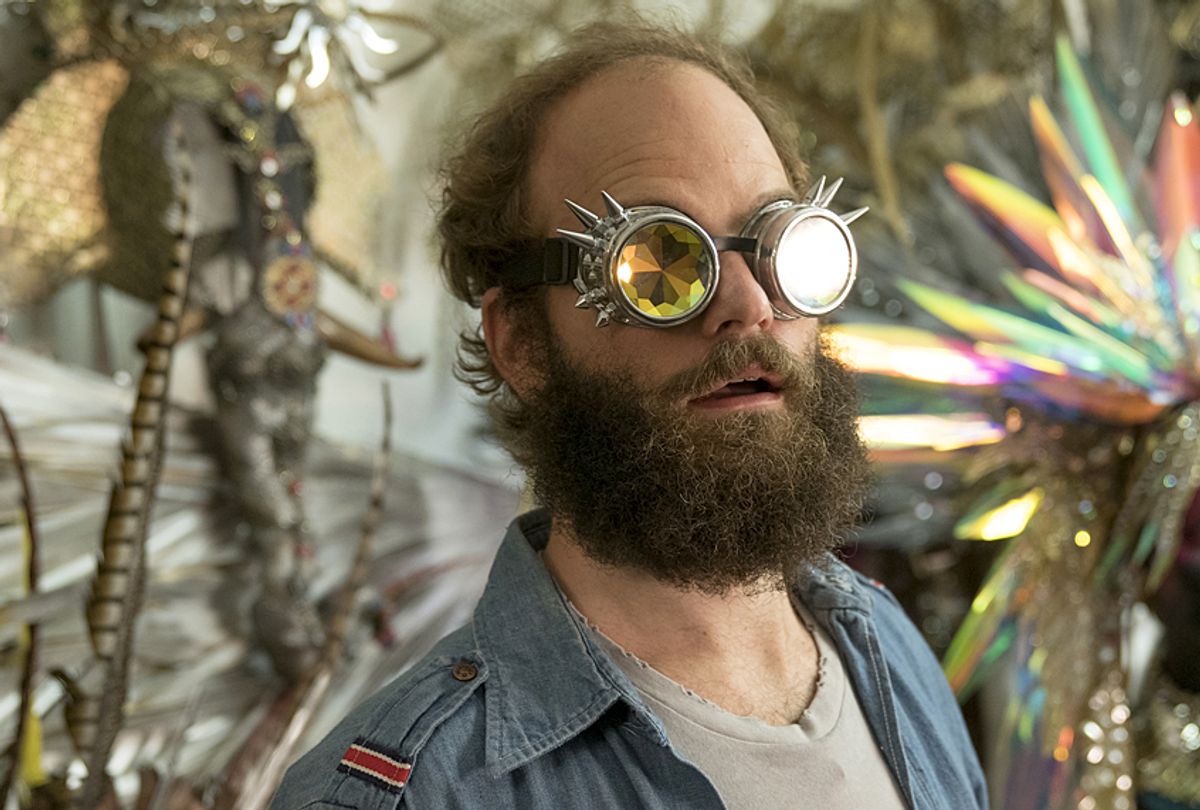 If you’re the type of person who watches “High Maintenance,” Ben Sinclair and Katja Blichfeld’s vignette-driven series about New York City and an affable pot dealer called the Guy who floats through it, you’ve probably noticed all there is to be cynical about these days. And probably I don’t need to rattle off a list of those things because they’re fairly obvious to you and you are reminded of them every day when you read the news, log onto social media or even when you walk through your changing city.

But maybe my assumptions about the show’s audience — that it’s mostly young, liberal, urban, concerned — are unfair. To make assumptions runs counter to the very ethos of “High Maintenance.”

Then again, the second season of the show, which began on January 19 and is currently roughly halfway finished, treats the causes for New Yorkers’ distress as tacit. Trump isn’t referred to by name. But a vague disastrous event in the first episode, “Globo,” has the city distraught in a way that’s reminiscent of his election victory. In the second episode, “Fagin,” a group of women gather at a Bushwick apartment to make protest signs and talk about social issues, and it seems like they’re preparing for the New York’s Women’s March, though that's never stated outright. Issues that plague the city, like gentrification and transportation, are also alluded to without being named.

This season of “High Maintenance” has been widely hailed by critics as a return to form. After moving from Vimeo to HBO in 2016, the show experienced growing pains; some of its spark was lost. This season, Sinclair and Blichfeld seem to have adapted to working with a bigger crew, at a faster pace, for a wider audience, and they seem to be in a better place in their personal lives, too. But another part of what’s made this season special is that the series has managed to act as a respite from what’s happening in the world without ignoring or downplaying what’s going on. How?

Well, for starters, lassos. One of my favorite moments thus far this season comes in the third episode, “Namaste,” an episode which is ostensibly about gentrification and the city’s stark class divide but also finds time for a man in a cowboy hat using a fire hydrant to practice his lassoing. The bit doesn’t feed into the plot in any way, but it adds depth to the show’s portrait of New York. It’s as if the show’s acknowledging that New York is changing in ways that are detrimental to minorities and the poor, but is also pointing out that weird, idiosyncratic people and moments remain.

In this way, “High Maintenance” often calls to mind the work of the late Jonathan Demme. Like Demme, Sinclair and Blichfeld are great at bringing the background of a scene to life. In the first episode, the camera passes by a group of foreign diners who, on the day of the undisclosed disaster, wonder whether the 9/11 museum will still be open. In “Fagin,” a stranger in an Uber sneezes, is not acknowledged, and exclaims, “Well, bless me, I guess! Damn!”

In the same vein, it’s telling that nearly every character is given a name. Everyone on screen, no matter how small their role, is an individual rather than a prop. And even the props, sometimes, are named. A hammock is called Trisha. A snake is Fagin. Each has an arc; every detail is important.

Because so much of the show takes place in modern Brooklyn, many scenarios could be set-ups for punchlines — a man who’s left the Hasidic community dancing at a rave; a dinner at an artists' commune; a freelance brand strategist working for a New Age church — but while some of these moments are indeed funny, “High Maintenance” just about always stops short of mocking. Brooklyn isn’t glorified, but neither is it parodied. There’s enough to be cynical about in the world already. The joy of “High Maintenance” — and of this season in particular — is that it pushes all of that to the periphery, and brings the periphery to the fore. Best of all, you can see the small moments that make New York — and the world more broadly — beautiful, and you don’t even have to squint.