As Feinstein seeks reelection, her state's party sided with a progressive candidate, but neither won the support 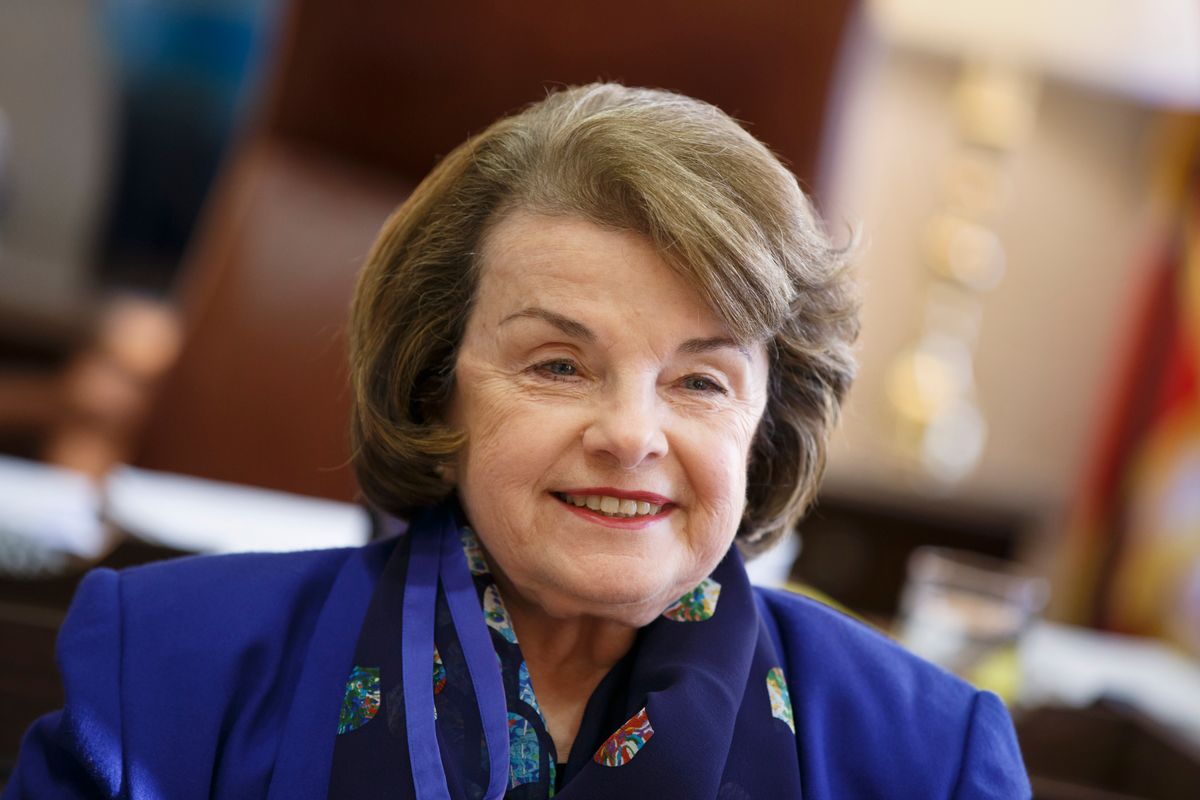 FILE - In this Feb. 11, 2015, file photo, Sen. Dianne Feinstein, D-Calif., speaks during an interview with The Associated about the CIA torture report, in her Capitol Hill office in Washington. Social media giants including Twitter, Yahoo, Facebook and Google are pushing back against Senate legislation that would require them to alert federal authorities of any terrorist activity. The Senate Intelligence Committee has included the requirement in a broader intelligence bill. The House didnt include a similar provision in its bill. (AP Photo/J. Scott Applewhite, File) (AP)
--

In a rare and embarrassing rebuke, the California Democratic Party did not offer its endorsement to the state's very own Sen. Dianne Feinstein, who is running for her fifth term in the 2018 midterms at the age of 84.

Nearly 3,000 delegates gathered at the annual state convention in San Diego on Saturday.

Results were announced on Sunday morning and Feinstein's progressive primary opponent, state Senate leader Kevin de León, received 54 percent of the vote from delegates, while Feinstein secured only 37 percent, Politico reported. The threshold to receive the party's endorsement is 60 percent, which neither candidate was able to meet. The decision leaves both without a formal endorsement from the state's party and neither will receive the extra campaign cash that typically comes with it.

Nonetheless, de León immediately quickly celebrated the moment as a win for grassroots candidates and as the latest testament to populist condemnation of establishment politics.

"The outcome of today’s endorsement vote is an astounding rejection of politics as usual, and it boosts our campaign’s momentum as we all stand shoulder-to-shoulder against a complacent status quo," he said in a prepared statement, Politico reported. "California Democrats are hungry for new leadership that will fight for California values from the front lines, not equivocate on the sidelines."

He also took to Twitter to say that the Democrats have triangulated, and bit their tongue for too long.

But de León's chances of upsetting Feinstein in the upcoming primary are slim at best, as he trails in the polls 46 percent to 17 percent, Politico noted. Feinstein also has substantially more funds on hand — roughly $10 million — compared to de León's $500,000.

Yet, the news is certainly significant as it exposes more fractures within the Democratic Party as a whole, and suggests that some states may look to shift away from moderate candidates. Despite the projected so-called blue wave across the country in the upcoming midterms, the bigger picture still shows that the Democrats have struggled to respond to the 2016 election with a compelling and galvanizing message.

Over the years Feinstein has supported the National Security Agency's bulk surveillance collection, and she's been skeptical of single-payer health care. Her approval ratings have also slipped recently in the President Donald Trump era, a sign that voters are yearning for bolder candidates.

Meanwhile, de León has positioned himself as willing to go further on climate change, immigration, foreign policy and on the nation's vast surveillance apparatus.

The two are prime examples of the growing dichotomy within the party.