The quest to build radiation-resistant humans 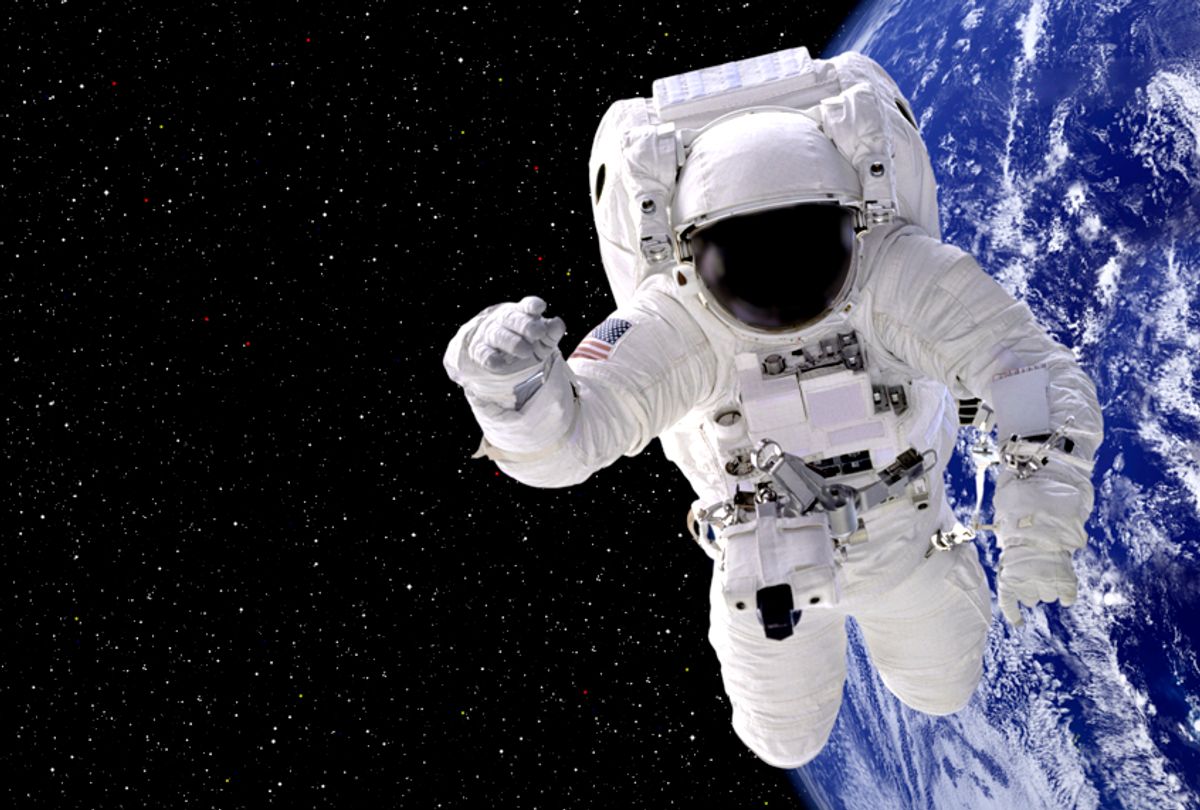 It turns out that our atmosphere is really important. (Surprise!) No, not just because we have to breathe. The thin layer of (mostly) oxygen and nitrogen that girds Earth also serves as a buffer zone for highly charged particles — gamma rays, X-rays, cosmic rays and their ilk — which constantly bombard our world. That's because the cosmos is an energetic place; somewhere out there, there are physical processes occurring that are far more energetic than those happening on Earth. Yet as said photons and particles scream through the upper atmosphere, they almost always evaporate into more harmless things. Think of our atmosphere as the sand pit that the long-jumper lands in, slowing and buffering their fall.

It’s a good thing, too, that we have this atmospheric buffer zone. Organisms don't do that well when exposed to the unprotected glow of space. NASA institutes a "career limit" for radiation exposure for its astronauts — specifically, that limit is 800 to 1,200 millisieverts a unit of ionizing radiation dosage. For context, the average American is exposed to around 6 millisieverts of radiation a year, from natural exposure to things like radon gas and granite countertops, and unnatural exposure to things like medical X-rays.

Since life as we know it evolved on a planet well-shielded from the radiation of space, organisms aren't very adept at surviving without this shield. Any kind of novel natural resistance, including to radiation, can and does take eons to evolve. There are peculiar exceptions, however. Case in point: A Science News article from 2014 described how most organisms in the Chernobyl Exclusion Zone suffered deleterious effects from the high radiation levels, but there were a few exceptions in some bird populations. An academic article in the journal Functional Ecology noted that some birds had developed radiation resistances such that their bodies reacted in the opposite manner than expected. "Studies of birds and other taxa including humans show that chronic exposure to radiation depletes antioxidants and increases oxidative damage," the authors wrote, describing the typical effects of radiation on organisms. Conversely, researchers "found a pattern radically different from previous studies in wild [bird] populations" near Chernobyl. With this subset, researchers noted that as background radiation increased, "oxidative stress and DNA damage decreased." "Thus, when several species are considered, the overall pattern indicates that birds are not negatively affected by chronic exposure to radiation and may even obtain beneficial hormetic effects following an adaptive response," they wrote.

The idea that animals could not only adapt to radiation but potentially even gain a beneficial reaction to it is a clue in the biological puzzle as to how humans might adapt to high-radiation environments — such as poorly shielded spacecraft or a foreign planet or moon with a thin atmosphere or no atmosphere. Radiation protection is an unsolved problem in space travel. Hence, a new paper published in the journal Oncotarget ("onco" as in oncology, the study of cancer), titled "Vive la radiorésistance!: converging research in radiobiology and biogerontology to enhance human radioresistance for deep space exploration and colonization," presents itself as a roadmap of sorts toward protecting humans from the off-world radiation levels.

"While many efforts have been made to pave the way toward human space colonization, little consideration has been given to the methods of protecting spacefarers against harsh cosmic and local radioactive environments," write the co-authors, who include researchers in biophysics, biomedicine, computer science and radiobiology. "Herein, we lay the foundations of a roadmap toward enhancing human radioresistance for the purposes of deep space colonization and exploration."

There is no single path toward "enhancing human radioresistance," as the writers put it. Their roadmap consists of a multi-pronged approach that includes "radioprotective mechanisms," gene therapy, "the substitution of organic molecules with fortified isoforms," and "methods of slowing metabolic activity while preserving cognitive function." The latter two methods are perhaps the most sci-fi: one way of slowing metabolic activity might be to go into "stasis," a trope common to many science fiction books and films like "Alien."

The Oncotarget article is as interesting scientifically as it is politically. Science is an inherently collaborative enterprise, as is a civilization-wide intensive effort such as space colonization — an effort that is not, strictly speaking, purely scientific, but more of an engineering and political doctrine. For this pessimistic political moment, the Oncotarget paper is rare expression of political optimism: the notion that humans might prepare to endeavor, communally, towards the goal of preparing our bodies for the rigors of space travel.