In America and elsewhere, fear of immigrants is an attempt to hide from a global problem. It won't work 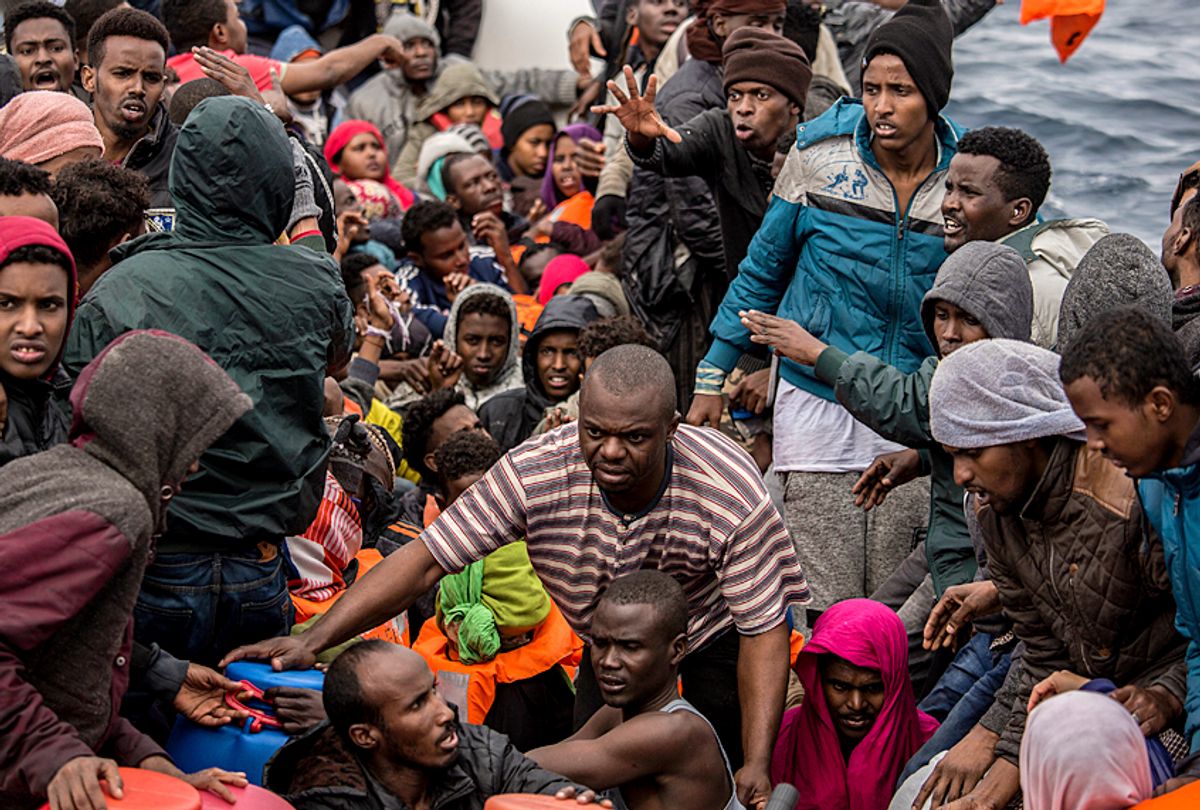 This article originally appeared on Insider NJ. Republished by permission.

The recent blowback in a small New Jersey township over a Facebook post by a Republican deputy mayor who equated undocumented immigrants to “hundreds of rabid, messy, mean raccoons” that had taken over a basement went viral but died down after its author apologized and resigned. But the local controversy comes at a time when similarly intense nativist sentiments are on the rise around the world, even as the planet faces its worst refugee crisis since the World War II.

Mayor Richard P. Diegnan of Mendham Township, New Jersey, also a Republican, did his best to distance himself from the post, an homage to President Donald Trump, whom the former deputy mayor posited was popular because he was the one “exterminator” who could get rid of the metaphorical raccoons that had taken over America's hypothetical basement.

No doubt the mayor’s remarks were sincere. But back in November, on the eve of a hotly contested local race, that lawn signs sprung up, warning Mendham Township residents to “Vote Republican” or face the prospect that New Jersey would become a “Sanctuary State” embracing the undocumented. Those signs stayed up until after the election (won by Democrats in a statewide sweep).

An issue with international traction

Both Guadagno and Gillespie lost their elections by wide margins. But national polling shows there’s still a loyal base for the anti-immigrant worldview and it will no doubt remain a powerful issue in 2018. This nativist pitch gets real traction in communities where tens of millions of American households saw no recovery and were left behind by a global free trade economy and corporate consolidation.

This is not a uniquely American socio-seismic fault line. In 2017 the New York Times reported that nativist sentiment was getting electoral traction across Europe, where an unprecedented surge of immigrants was testing civil societies historically known for their tolerance.

“Amid a migrant crisis, economic inequality, growing disillusionment with the European Union and a sense of lost national identity, right wing parties in a growing number of European countries have made electoral gains,” reported the Times last October. The ideological spectrum ranged from “populist and nationalist to far-right fascist.”

In reading the platforms of the various anti-immigrant parties that have sprung up there are similar themes to the ones raised in the Facebook post by the former deputy mayor of Mendham. “This country is weak, bankrupt, and our enemies are making fun of us,” he wrote. “We are being invaded by illegals, we are becoming a nation of victims where every Tom, Ricardo and Hasid is a special group with special rights to the point where we don’t recognize the country we were born and raised in.”

There’s a deep feeling of loss and grievance in those words, a sense that there is only so much of the American Dream to go around and that it needs to be rationed for those that are "deserving."

These sentiments also cast Americans as unwitting victims. There is no recognition of how our own government’s trade policies, our own national illegal drug consumption, and our ever-expanding global war on terrorism have all played a role in destabilizing nations around the world. At some point in these places, local populations that feel the brunt take their chances and start on their journey to find somewhere safer.

A physician makes more as a day laborer

This was brought home to me vividly when I was working for WNYC radio back in 2006 covering the legal battle in Freehold, New Jersey, between undocumented Latino day laborers and the local municipality, which was trying to prohibit the men from using the downtown area as a muster zone to connect with contractors and find work. The workers sued, alleging discrimination. The case was settled in arbitration.

In interviewing the day laborers I came across one man who explained that he had been a medical doctor in the Chiapas region of Mexico. That region’s local economy was based on small-scale corn farming, but with the 1994 passage of the North American Free Trade Agreement, cheaper corn produced by America’s corporate agribusiness flooded into Mexico, collapsing the local economy and forcing farmers and their families off the land, into the cities and often up north to the U.S..

Back during the Cold War, with the "do-or-die" epic battle between the Soviet Union and the United States, there was a bipolar tension that kept a certain nation-state equilibrium. Neither superpower wanted a failed state and both constantly vied to build the orbit of nations that saw them as the sun.

That dynamic tension is long gone. These days, national borders are being tested like never before, as an increasing number of nations teeter on the brink of failed-state status. All around the world chronic armed conflicts and the growing frequency of natural disasters has produced an explosion in international refugees who have been forced from their countries, those who are internally displaced within their countries but have not left them country, and so-called stateless people.

A population bigger than France or Britain

According to the United Nations Refugee Agency, at the end of 2010 there were close to 34 million people in those combined categories. By the end of 2016, that number had spiked to close to 68 million. In 2010 the number of refugees topped 10 million. By 2016 it was more than 22.5 million.

But the dramatic growth was in the number of internally displaced people, who have had to leave where they have always lived but are still in their country of origin. In 2010, there were 14.7 million such internally displaced persons. By 2016, according to the United Nations Refugee Agency, that number had hit 40.3 million.

The Internal Displacement Monitoring Centre, a nongovernmental nonprofit based in Geneva, estimates that more than half of those who have been internally displaced are victims of natural disasters — like hurricanes, tsunamis, earthquakes or prolonged drought.

To get a sense of the pace of this great unsettling, which has barely been covered by the corporate news media, consider the UN estimate that for every minute of 2016, 20 people were being forced from their homes. That’s 28,300 people, every day of that year. Add in the mix of more than 3 million so-called stateless people and you get a sense of the scale of the problem.

All totaled, this vulnerable at risk population is larger than the population of France or the United Kingdom, ranking it more populous than 180 nations.

So far, the Trump administration’s response has been to push for cutting the budget for the State Department and slash aid to developing nations, while dramatically increasing the military budget. In the process, we are turning our backs on the growing swaths of the world where our fellow human beings are displaced from their homes. As months grow into years, it is the children that suffer the most. There’s no better place to foster tomorrow’s terrorists than in a refugee camp.

This is not a problem we can solve by hiding behind a wall.