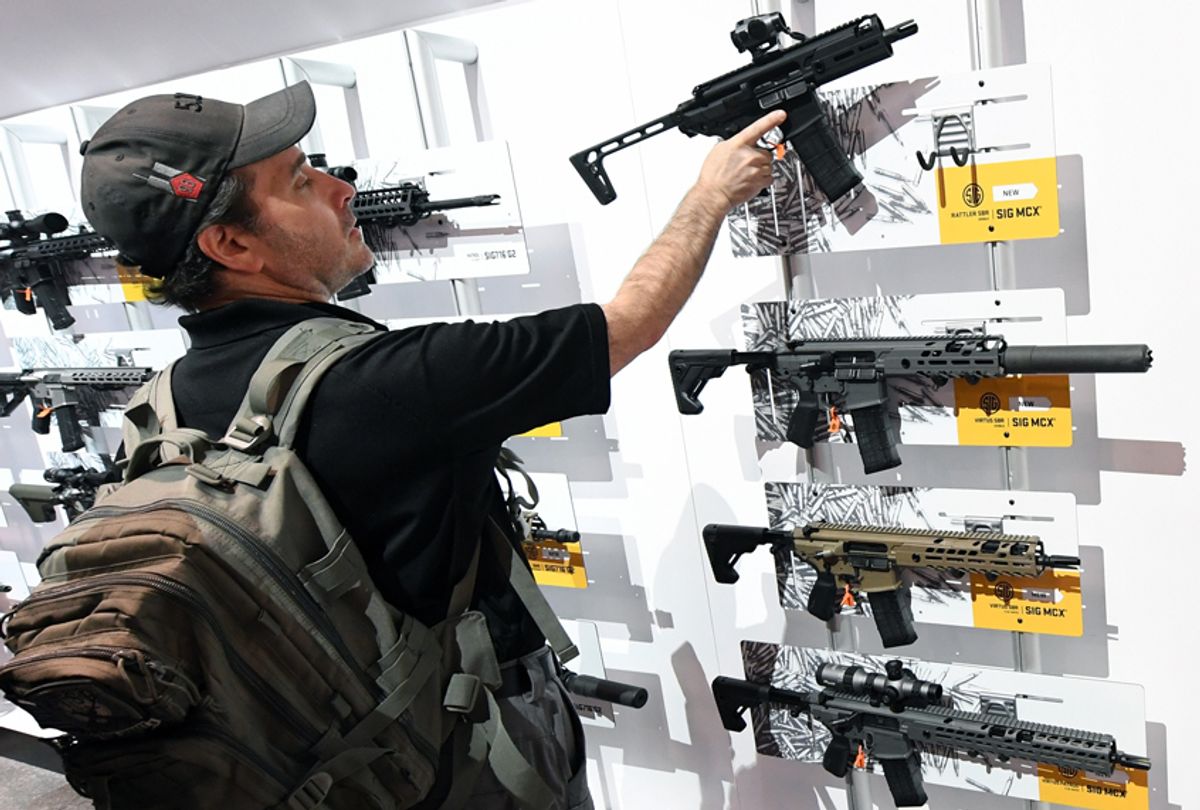 Thomas Jefferson famously said, "The tree of liberty must be refreshed from time to time with the blood of patriots and tyrants."

I doubt he was referring to the following examples.

The Las Vegas massacre, where more than 500 people were wounded and 58 were killed, was one of the most lethal such incidents in United States history.

The most recent high-profile mass shooting occurred less than two weeks ago in Parkland, Florida, where 17 people were killed at Stoneman Douglas High School.

What is the cause of this political impotence?

The most obvious answer lies in raw political power: The National Rifle Association (NRA) is extremely well-funded and has a rabid membership base. It uses its fundraising and mobilization power to control Republican elected officials and manipulate the opinions of rank-and-file conservatives.

In a country where the Supreme Court has ruled that money is political speech, the NRA is a cacophonous monster. The NRA is also an illustration of James Madison's warning in Federalist No. 10 about the dangers of a faction that only cares about its own petty interests instead of the Common Good and General Welfare.

There is another explanation for why the United States is unable or unwilling to treat gun violence as a type of public health problem and to enact effective laws to prevent mass shootings. This difficulty is partly a function of the relationship between political identity and anxieties about death.

A new article in the journal Media Psychology called "Mass Shootings Backfire: The Boomerang Effects of Death Concerns on Policy Attitudes" by  S. Mo Jang, who is an assistant professor in the School of Journalism and Mass Communications at the University of South Carolina, explores this issue:

Although advocates of gun control often use the tragic cases of mass shooting to increase public support for gun control initiatives, the effectiveness of such communicative strategies has been elusive at least. ...

Despite the common belief that mass shootings would provide strategic benefits to gun control supporters, TMT [terror management theory] provides a unique account of the effects of mass shootings by proposing that news exposure to mass shootings will remind individuals of their death-related thoughts, which in turn will reinforce their predisposed attitudes toward gun policies. Our results supported this prediction. When reading a news story about the San Bernardino or Newtown shooting, Democrats maintained their support for stricter gun regulation; Republicans shifted their attitudes to even less support for gun control. In a similar vein, Democrats displayed stronger rejection of an open carry policy and Republicans displayed stronger support for the policy. This analysis demonstrated that these unexpected relationships occurred due to death-related thoughts that were inadvertently heightened by the exposure to mass shooting stories.

Jang continues with this troubling analysis, speculating that media coverage of mass shootings may damage the cause of gun control advocates by causing "a boomerang effect among certain segments of the public" and leading "gun rights supporters to become even more adamant in their existing policy positions."

These findings intersect with other research identifying conservatism as a type of social cognition that emphasizes fear, authority, social dominance behavior and hyper-vigilance to perceived threats and negative stimuli.

In the United States guns are also linked to ideas about masculinity, virility and strength, as well as related national mythologies about American "freedom" as made real through violence and vigilantism. The infamous ad for the Bushmaster AR-15 assault rifle, featuring an image of that weapon with the caption "Consider Your Man Card Reissued," is a powerful example of that sociopolitical dynamic.

Those activists, politicians and citizens who want sensible and effective gun laws in America -- which would include longer waiting periods, extensive background checks, a national database, obligatory gun insurance, mental health screenings, firearms-permit training, increasing the minimum age for gun ownership and banning individuals on the terrorist watch list or who are mentally ill from legally obtaining firearms -- are using reason and intellect in an effort to address a national emergency.

But as Jang's recent work demonstrates, solving America's epidemic of gun violence -- especially mass shootings -- will require that we as a society grapple with irrational emotions. For millions of Americans the gun is imagined to be an existential and almost religious object that channels their life force and gender identity. This is especially true for the 3 percent of gun owners, most of them white men, who own at least 50 percent of the guns in the United States.

If a person actually believes it is his God-given right to own a gun, or that guns confer a mystical power over death, then appeals to reason, intellect and public safety will be useless. The gun is their religious fetish object. They are zealots and fundamentalists who are nowhere near ready to become apostates.