CPAC has always been an odious spectacle, but this year was special

Global far right gets the spotlight at Trump-centric GOP confab — but is that worse than the Ann Coulter days? 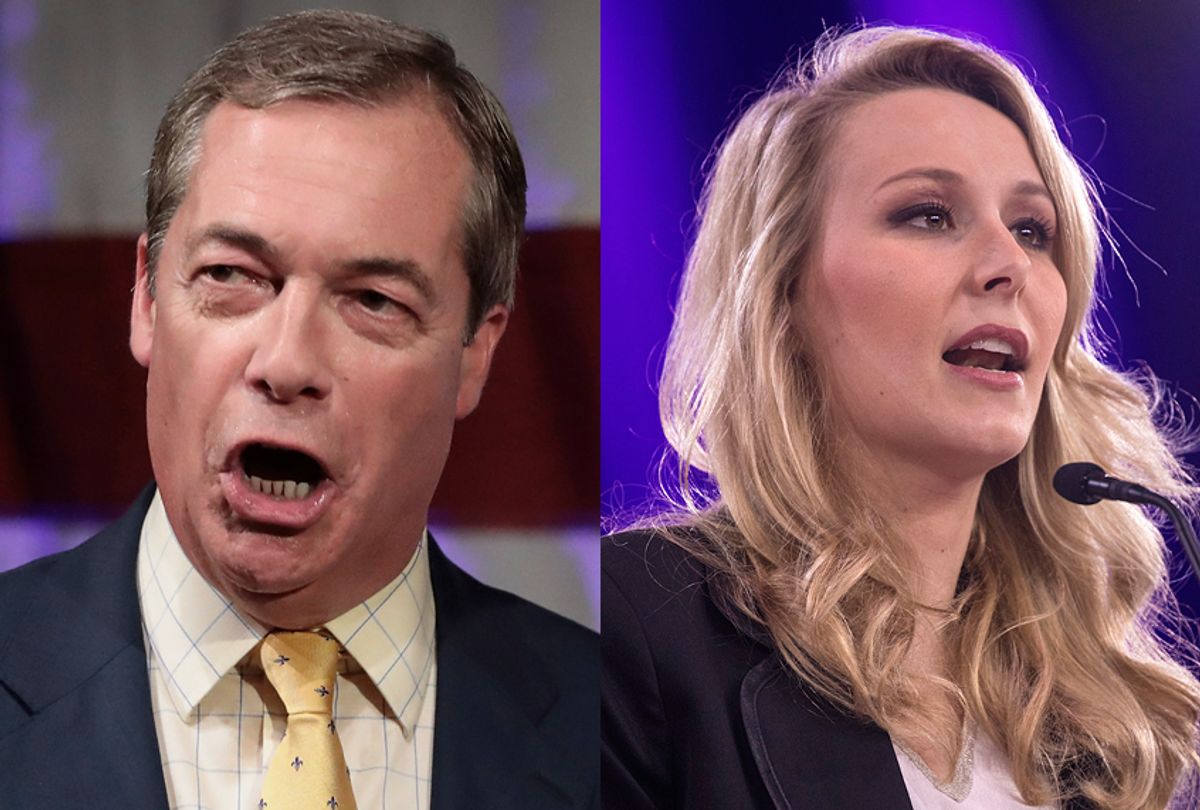 For some reason, this year's Conservative Political Action Conference, or CPAC, seems to have gotten more attention than usual. That's saying something, since for the last 15 years or so it's gotten much more attention than it deserves. CPAC is like a 10-car pile-up — frightening and horrible, but you can't look away.

Salon's Jeremy Binckes and Matthew Sheffield have each weighed in on this year's event -- with Binckes making the case that it shows that the GOP is now thoroughly Trumpified while Sheffield argues that it's now Trump who's been absorbed by the Republican Party. I think CPAC shows that the Trump strain has always been slithering around under the rock of conservative movement politics, and 2016 just turned it over and let it run amok.

The first CPAC was organized to bring young conservatives and political activists together for a conference to map out movement and electoral strategy. It took place in 1974 in the midst of the Watergate scandal, which divided the conference between those who thought Richard Nixon was toast and those who wanted him to fight on. It was, by all accounts, a very lively disagreement. They turned to the man they all agreed was the Great Conservative Hope, Gov. Ronald Reagan of California, who was the keynote speaker and gave one of his most important speeches, heralding his strong primary run against Gerald Ford in 1976 and his winning campaign in 1980.

Reagan introduced three former U.S. military prisoners of war in that speech, one of whom was John McCain, to reverent, thunderous applause. This year the longtime Arizona senator, who has a brain tumor and may well be near the end of his life, was insulted by the president of the United States from the CPAC podium. That shouldn't have come as any surprise. The CPAC podium, for at least the last couple of decades, is where decency and humanity go to die.

I won't go into the horrors of the 1990s. The party under former House speaker Newt Gingrich was as aggressively obnoxious as it is today: That was the height of the "vast right wing conspiracy's" power. Let's just say that in 1994 CPAC was where Paula Jones made her debut and leave it at that.

It was during the glory years of the George W. Bush administration that the media started paying close attention to what was really going on there. Michelle Goldberg wrote for Salon in 2003 that there were "t-shirts with the words 'Islam: Religion of Peace' surrounding a photo of a bomb with the word 'Allah' on its timer," among dozens of other hideous anti-Muslim items for sale that were flying off the shelves. Remember, this was during the time Bush was telling his followers that Islam was a religion of peace.

But it didn't matter. CPAC attendees may have hated Muslims but they loved Bush. In fact, they loved him almost as much as the sainted Ronald Reagan, whom they continued to worship like a god. The Iraq war got their blood pumping wildly and this was how they wanted to see their president: 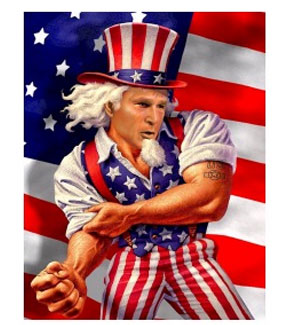 One of the biggest attractions at the conference for many years was the odious Ann Coulter, who packed the room with rapturous fans screaming with delight at her indecent commentary. Back in 2003, she made one of her most famous shocking statements, which has since been taken up by none other than her hero Donald Trump: "Why shouldn't we go to war for oil. We need oil." In 2006 she got into her groove with, “I think our motto should be, post-9/11, ‘raghead talks tough, raghead faces consequences.’” In response to a question about her biggest ethical dilemma, Coulter said, “There was one time I had a shot at [Bill] Clinton. I thought ‘Ann, that’s not going to help your career.’”

She really hit her comedic stride in 2007, however, when she dropped this bomb:

I was going to talk about the other Democratic candidate, John Edwards, but it turns out that you have to go into rehab if you use the word “faggot.”

She got a huge ovation for that one, but it seemed to upset some of the old guard and Coulter was disinvited the next year. Organizers replaced her with an even bigger draw in 2009, Rush Limbaugh, who gave a memorable, rambling speech bucking up the crowd to oppose anything the new President Barack Obama wanted to do. Down in the bowels of the conference where the merchandise was being flogged they were selling racist pictures of Obama dressed as a witch doctor.

In 2011, when Donald Trump made his first appearance and started the original buzz about his potential candidacy, he said in his speech, "Our current president came out of nowhere. Came out of nowhere. In fact, I'll go a step further. The people that went to school with him never saw him; they don't know who he is. Crazy." He went on Bill O'Reilly's show that night and said he had investigators in Hawaii looking for Obama's birth certificate. The rest is history.

It's been getting a little stranger than usual lately, even by the racist, far-right standards of CPAC. In 2016, the event was overrun with neo-fascists who booted them to the margins. In 2017, the thrill of Trump's unexpected victory was still fresh, and the "alt-right," in the form of Steve Bannon, who was the big draw. This year the global far right got its turn in the CPAC spotlight, with Marion Maréchal-Le Pen of France and Nigel Farage of Britain as big draws.

And the CPAC tribes love Donald Trump with the same passion they felt for Bush and Reagan. These people really aren't that choosy.

CPAC used to pretend that it was a conference about "ideas" and the "conservative agenda." But as NeverTrump conservative Ben Howe said on MSNBC on Friday, it's really just about making liberals cry. Frequent CPAC star Dinesh D'Souza put it this way, in his 2002 book “Letters to a Young Conservative":

One way to be effective as a conservative is to figure out what annoys and disturbs liberals the most, and then keep doing it.

Nothing could disturb and annoy liberals more than Donald Trump.

It sounds innocuous enough. Maybe liberals should just stop crying and these people would stop being so obnoxious, right? But there's something more sinister about this than at first seems obvious. That attitude lies at the heart of something ugly and dark that's grown up in our culture and around the world.

There was one young white supremacist marching in Charlottesville last year who, when things got scary, stripped off his white polo shirt uniform and tried to blend in with the crowd. When he was asked by a journalist why he was doing what he'd been doing, he said:

It’s kind of a fun idea. Just being able to say, like, "Hey man, white power!" You know? To be quite honest, I love to be offensive. It’s fun.

One of his cohorts thought it might be fun to mow down a bunch of people with his car that day and ended up killing someone. That desire to be "offensive" isn't a joke, and neither is the offensiveness of CPAC. Look where it's gotten us.