CPAC 2018 was Donald Trump's coronation, signaling "Mission accomplished" for his takeover of the GOP 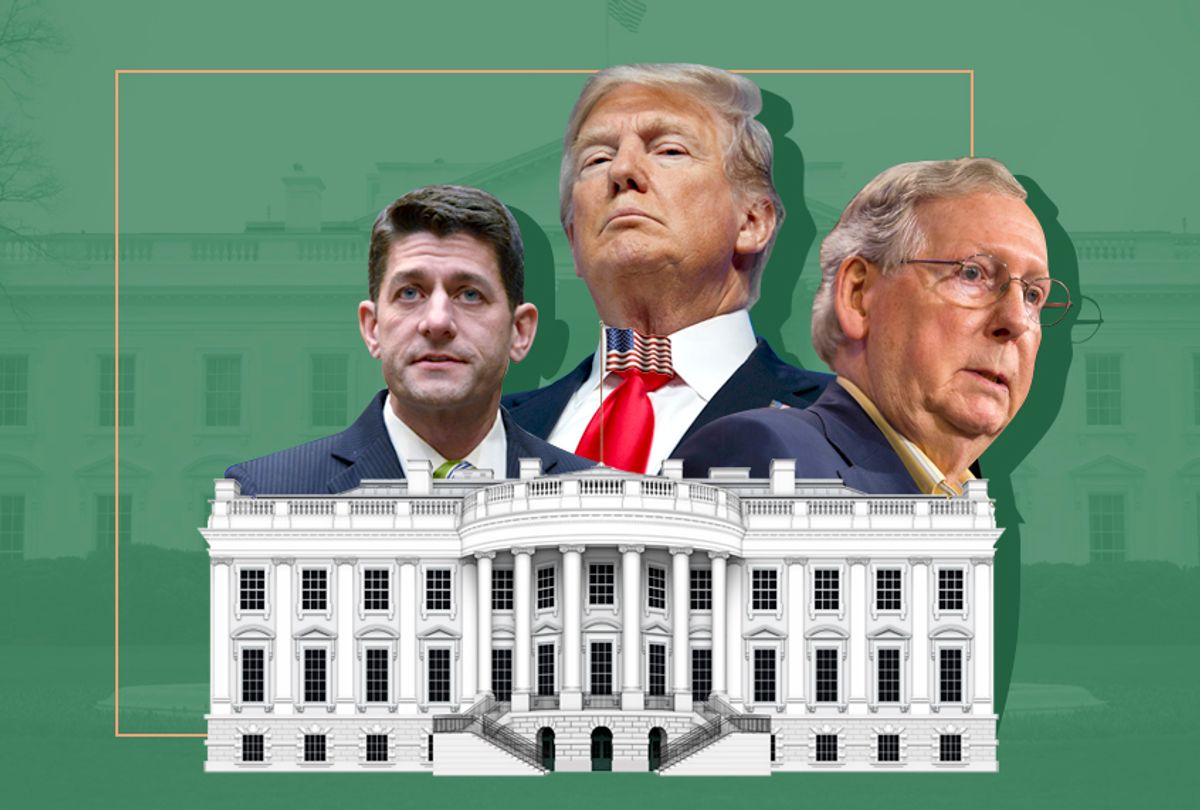 If there's one thing to learn from the Conservative Political Action Conference — known as CPAC — it's this: Modern conservatism may be linked to the Republican Party. But the roots of the movement, and the heart of the party, is Trumpism at its core.

The list of CPAC speakers on Friday read like a who's who from President Donald Trump's orbit: Kellyanne Conway, former Milwaukee sheriff David Clarke, Brexit guru Nigel Farage, Fox News host Jeanine Pirro, Sebastian Gorka, and Rep. Devin Nunes, he of memo fame. Most of those figures would be nobodies in Washington under any other president.

Media figures included the CPAC stalwarts — Sean Hannity, of course — but there was also Gateway Pundit's Jim Hoft, a conspiracy theorist who was eventually yanked from his speaking spot, but whose fake-news website has a White House reporter.

That means that people like political strategist John Weaver are now the "fringe players" he's talking about.

In the space of a few years, Trump went from being disinvited to CPAC to being treated like a rock star. He bragged. He boasted. He announced that he was going to be the leader of the Republican Party, and trashed Sen. John McCain — one of the handful of Republicans who has stood up to him. In front of thousands of people in the audience, Trump brought up the time McCain voted against Trump's desire to demolish the Affordable Care Act:

Two weeks after a poll revealed that 90 percent of Republicans approved of the job Trump was doing, the NeverTrump wing has been effectively silenced.

Quite likely it was folly to think that 2012 nominee Mitt Romney, a supposed Trump skeptic, would be a savior of the Republican Party. Less than a week after he took a swipe at the president — "Utah welcomes legal immigrants from around the world," his campaign said — Romney kissed Trump's ring, securing his blessing to run for the Senate seat being vacated by Orrin Hatch.

Trump won. Because he did, the edges have been smoothed out, and the differences aren't as visible for Republicans, noted Jared Yates Sexton, political commentator and author of "The People Are Going to Rise Like the Waters Upon Your Shore," an account of the 2016 presidential campaign.

The moment Republicans "start questioning whether or not Donald Trump is a good ambassador for their beliefs is the moment they start questioning their identity in general or the contradictions that are apparent in it," Sexton told Salon. "As a result, they have this unconscious incentive to stay with someone like Trump because he’s the embodiment of what the Republican Party has become."

Since his nomination victory, Trump has successfully reined in Fox News, which, at one time was openly suspicious of his candidacy.

"Over time, the Republican Party and the right-wing media have largely been in sync," said Angelo Carusone, president of the liberal media watchdog group Media Matters. "Even when they do criticize [Trump], it's almost always, 'I wouldn't have said it that way,' or, 'I don't think that’s necessarily the most respectable way to behave.' But they're never really going at his core orthodoxy and they really didn't during the primary."

So far Trump is holding nearly all Republicans under the tent, in large part because the economy is good. As the New York Times noted this week, tax cuts are popular policy. Even if the recent GOP tax bill provides little help for the working-class voters who helped propel Trump to the White House, they'll take the win anyway.

“I think we are essentially seeing Republicans ‘come home’ on the tax plan in our data,” one Republican pollster told the Times.“That is certainly in part due to consistent communications about the tax plan and the news coverage of prominent companies investing in workers.”

It's hard for conservatives to complain too much to Trump's apparent racial views, considering the movement's history. Remember that the Rev. Jerry Falwell — founder of Liberty University and father of Trump's friend Jerry Falwell Jr. — held a forceful segregationist stance. The evangelical universities seen today as major forces among the religious right long stipulated that students could be expelled for interracial dating.

If Trump represents a viral infection within the GOP, there is no apparent cure, at least not from the inside. It won't come from Republican moderates, whoever they are and wherever they are to be found. As Politico Playbook noted earlier this week, "Most Republicans exist in a climate in which their only political fear is a primary challenger on the right."

Will a dramatic cure come in November, proving to Republicans that their party has drifted too far off course, and has finally been rejected by the American body politic? Maybe. If pundits' warnings are to be believed and a blue wave is a-comin' in November, Donald Trump is piloting the Republican Party straight into it at full speed.