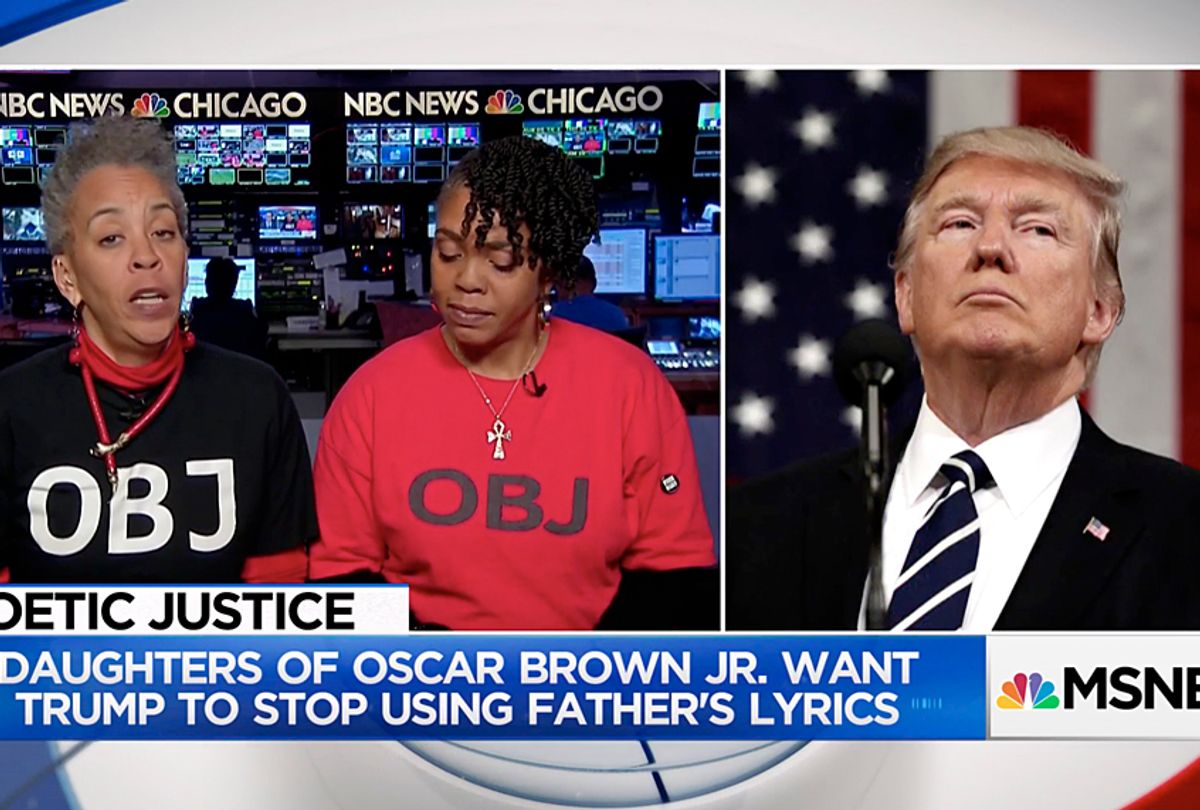 When President Donald Trump took the stage at the annual Conservative Political Action Conference (CPAC) Friday, he reverted to a campaign staple of his: reading the lyrics of the song "The Snake," to promote his anti-immigration agenda.

The song, written in 1963, tells a cautionary tale about a generous woman who takes an injured snake into her home and nurses it back to life. But in the end, the snake fatally bites the caretaker, a warning that kindness is not always rewarded. The lyrics say:

'I saved you,' cried the woman/ 'And you've bitten me, but why?/ You know your bite is poisonous and now I'm going to die'/ 'Oh shut up, silly woman,' said the reptile with a grin/ 'You knew damn well I was a snake before you took me in.'

Trump explained during his speech Friday that he thinks of the song "in terms of immigration," or more specifically, as a way to scrutinize immigration law and generalize the intent and malevolence of immigrants as a whole. CNN described "The Snake" as an "anti-immigration song."

But "The Snake" isn't about immigrants at all and was written by soul singer and civil rights activist Oscar Brown Jr. His daughters, Maggie and Africa Brown, are now speaking out to reclaim their father's song and legacy and to make clear Trump's offensive appropriation.

"He's stealing first of all," Maggie Brown told MSNBC Sunday, "and then, he's twisting Oscar's meaning to serve his own campaign and climate of intolerance and hate, which is the opposite of what the original author, Oscar Brown Jr., intended." Both daughters explained that Brown Jr. was an "outspoken" activist and even "blackballed from the recording industry" for his progressive politics. MSNC reported that he was a former member of the Communist Party.

Given Maggie and Africa Brown's description of their father, it is not hard to believe that "The Snake," written in the heart of the civil rights movement, was a critique of the trust expected for policymakers just beginning to enact laws guaranteeing full citizenship to black people after centuries of race-based terrorism and oppression.

What the Brown daughters revealed was that Trump has managed to co-opt their father's art, which they say echoed his radical politics, and convert it into an anti-immigration anthem. "Trump is perversely using 'The Snake' to demonize immigrants. My father never stood against immigrants," Africa said. "He was always standing up for people and not about separatism."

But Trump's usage of the song on the 2016 campaign trail and at CPAC was clearly about attacking immigrants, sentiments he's tried to turn into law through his proposed border wall and Muslim ban. Video of him has Trump reciting the last line with emphatic menace: "You knew damn well I was a snake before you took me in."

"It’s extremely ironic," Maggie Brown said, adding that her father believed "with the grace of God, you need never fire a shot. He was against guns in the schools . . . or any of this stuff Donald Trump stands for."

Africa added that Trump's repeated and malicious use of the "The Snake" is "an insult to the deep respect for humanity that inspired everything our father stood for in his work and in his life."