Omarosa just compared the White House to a slave plantation 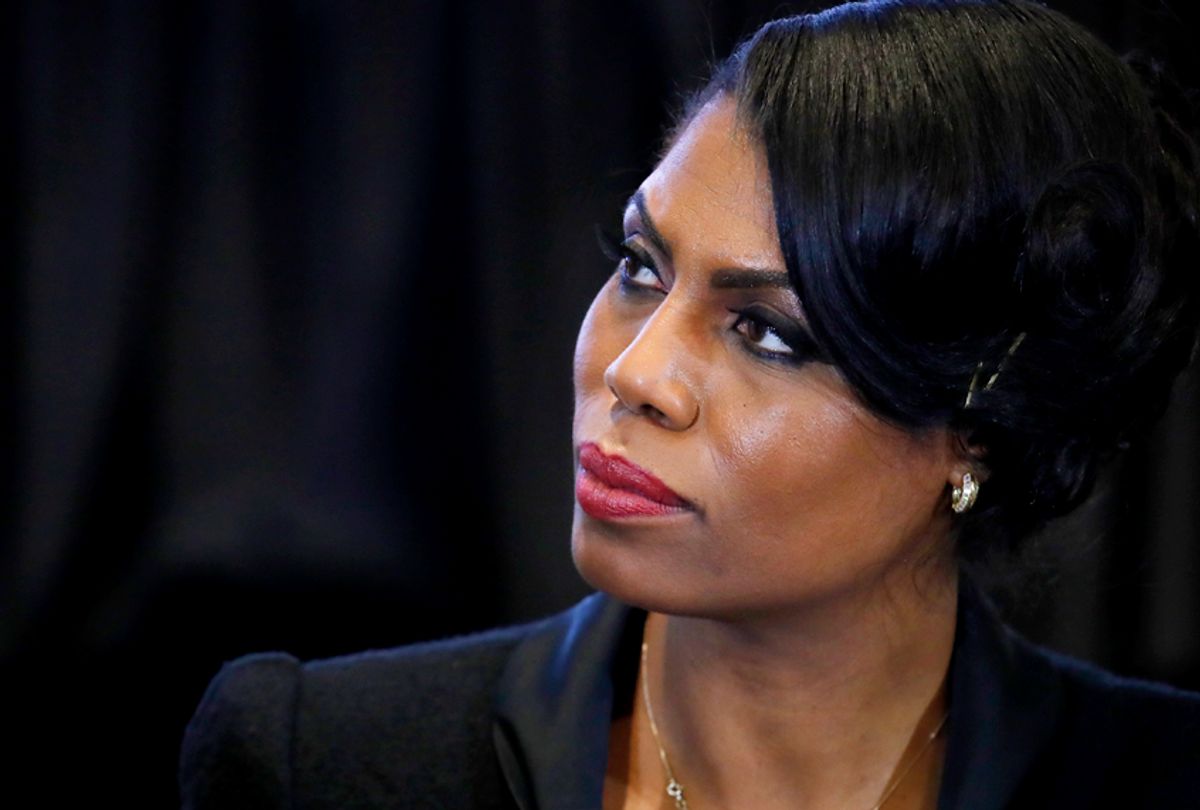 Omarosa Manigault Newman, the former "Apprentice" contestant who recently left the White House has made a number of critical remarks about President Donald Trump during episodes of CBS's "Celebrity Big Brother." While most of her remarks thus far about the chaos that runs rampant within the Trump administration have been rather unsurprising — warning about the Christian nationalist extremism of Vice President Mike Pence was notable — her final send-off was one big mic drop.

“Ooh, freedom, I’ve been emancipated. I feel like I just got freed off of a plantation,” Newman said.  “I’m inside trying to fight for my own political life while I’m going into meetings with people who are ignoring me. Because I was black, people wouldn’t even talk to me.”

"I'm fighting so many battles on the inside that I couldn't even start to figure out what was going on with other people," she added.

Newman who was voted off "Celebrity Big Brother" made another big revelation: that Trump deliberately uses Twitter to stir up controversy in order to divert public attention from controversial policy decisions.

"Donald will tweet something, insult somebody's face, the press will be on that for three days and we push through 16 unfunded mandates and nobody would notice," she said.

"What he does is tweet something controversial and the news distracts and spins over [it]," Newman said. "But, you know, they still fall for it."

As the former communications director of the White House Office of Public Liaison, Newman certainly was well-positioned to know something about the Trump public relations strategy. While her former office does not directly devise the talking points, it does work closely in spreading them to the public and to various organizations. Former president Barack Obama once described the OPL as "the front door to the White House, through which everyone can participate and inform the work of the President." It's also notable that Anthony Scaramucci, Trump's very short-serving communications director was originally going to be given the job of heading up the OPL.

So potentially, Newman knows what she's talking about.

On the other hand, while Trump may have some method to his tweeting, it's pretty clear also that much of what he puts onto the micro-blogging service seems to be simple regurgitation of stuff he watches on Fox News. Thanks to the work of Matt Gertz, a senior fellow at the progressive group Media Matters, it has now become blindingly obvious that the president spends hours every day watching cable news and tweeting along with other obsessive fans.

Ultimately, Trump's Twitter methodology is almost certainly a combination of knee-jerk response to things people on TV tell him and his own attempts to steer the news cycle. While the president doesn't know much about policy, he is a master of getting media attention and also of playing to conservative cultural resentments. Twitter is a perfect barometer for him in this regard as it effectively serves as Trump's preferred method of gaging public sentiment.

After Trump's Twitter followers gave his Sept. 23, 2017 tweet attacking NBA star Stephen Curry a very positive response, the president seemed to realize that attacking athletes over patriotism was just the sort of hot-button issue he could use to trigger liberals while enraging right-wingers. Since that time, he's tweeted numerous times on the topic, made numerous public statements on it, and even gotten Pence involved.

Whether he's tweeting because he can't help himself or as a deliberate PR strategy, there's no question that Trump isn't going to stop.

"He's never getting off Twitter," Newman said when a fellow contestant asked her about why the president hadn't been pulled off the social media site by staffers.