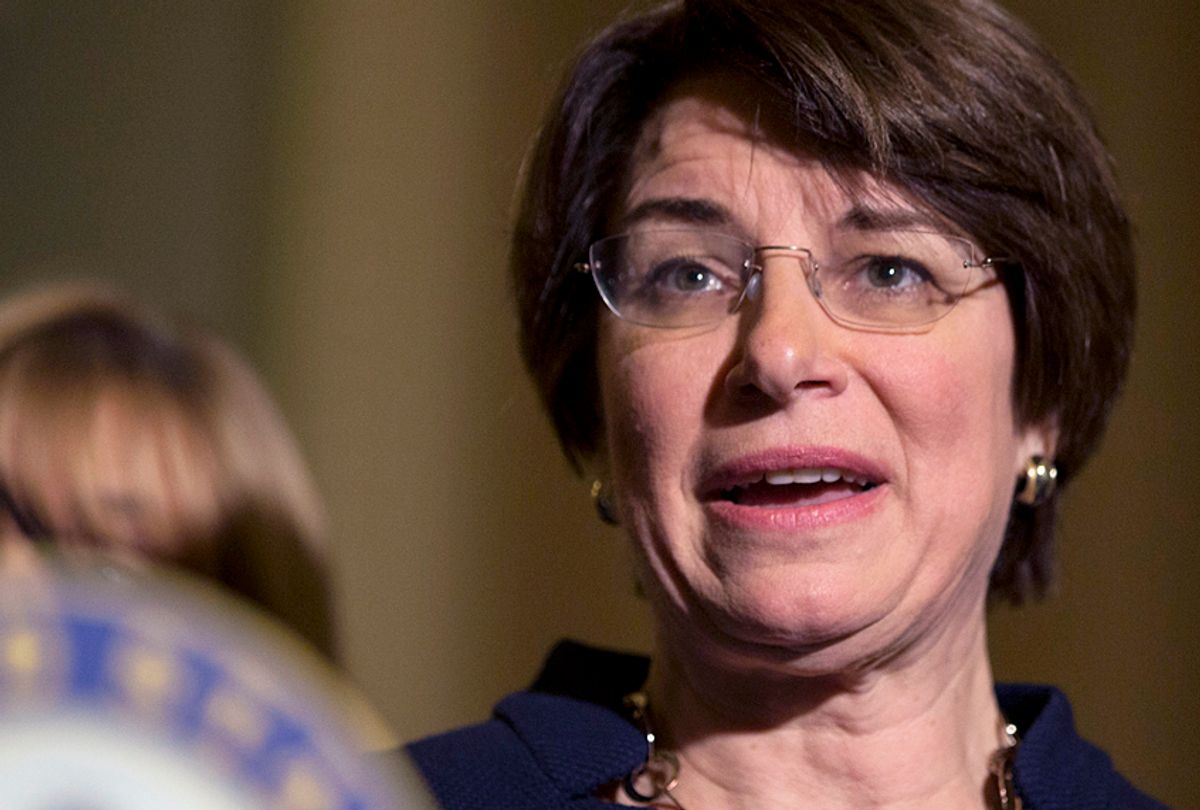 Some elected officials are advocating for regulation to ensure mercenary bot networks and foreign agents don't try to spread disinformation on social media ever again.

Senator Amy Klobuchar, D-Minn., appeared on NBC's “Meet The Press”  this weekend to support the Honest Ads Act — a bill to ensure transparency in online political advertising — and said that social media companies like Facebook and Twitter should be fined if they can’t get rid of automated bots.

“These are the most sophisticated companies in America,” Klobuchar said. “They have brilliant people working there. They’ve got to put more resources — maybe it means making less profits off of ads and other things — but they’ve got to put the resources into Facebook and Twitter to stop these bots from dominating the accounts.”

Chuck Todd of “Meet the Press” asked if they should be fined, to which she responded, “I think that would be a great idea.”

“But then you need a Congress to act and there are too many people who are afraid of doing something about this because we know these sites are popular,” she said. “Everyone loves putting recipes, cat videos, it’s a great thing.”

Klobuchar continued to explain that a financial penalty makes sense as a retributive punishment akin to what companies in other industries face.

"There’s an ugly side of this. And someone once said that these systems were set up without alarms, without locks, and big surprise, bad guys are coming in and manipulating people," Klobuchar said. "The idea of a fine is like when a company dumps toxic waste, makes a Superfund site, they’re on the hook financially for the damage they cause.”

As details have unfolded into the role bots played in meddling in the 2016 election — most recently in Special Counsel Robert Mueller’s indictment of 13 Russian nationals — social media sites have been gradually taking steps to combat trolls and bots of the kind that were implicated in Russia's attempt to manipulate public opinion in the run-up to the 2016 presidential election.

Twitter announced last week it will be terminating services of those who control multiple accounts that tweet the same content, follow users en masse, and perform simultaneous Retweets or likes to steer public opinion. The social media platform has also been quietly purging bots from its platform, a logistical decision that has rankled some right-wing opinion leaders whose followers included thousands of fake accounts.

Facebook has reportedly been cooperating with Congress, too, and taking action to discard bots. “We've taken down fake accounts and Pages by the Internet Research Agency and have shared this information with Congress,” the company claims in its help center. They’ve also built a tool to help users see if they had previously liked or followed accounts associated with Russian intelligence's disinformation campaigns.

Facebook’s CEO Mark Zuckerberg has reportedly been doing soul-searching in wake of the news of the critical role Facebook played in the alleged Russian meddling. According to a Washington Post report on Feb. 21, the company is trying to figure out how to provide users with genuinely informative news, but internal disagreements could be keeping Zuckerberg’s vision for Facebook from moving forward.

In any case, the concept of doling out financial penalties — as Klobuchar suggested — raises questions about the line between government intervention and corporate responsibility. Facebook and Twitter weren’t built to perpetuate political propaganda, but their technology was well-suited to those with corrupt intentions. Are they at fault? Perhaps the bigger question is: Is it wishful thinking to believe propaganda can ever be contained?