Not long after a CNN report saying the site was warned by YouTube, the conspiracy site said it got another warning 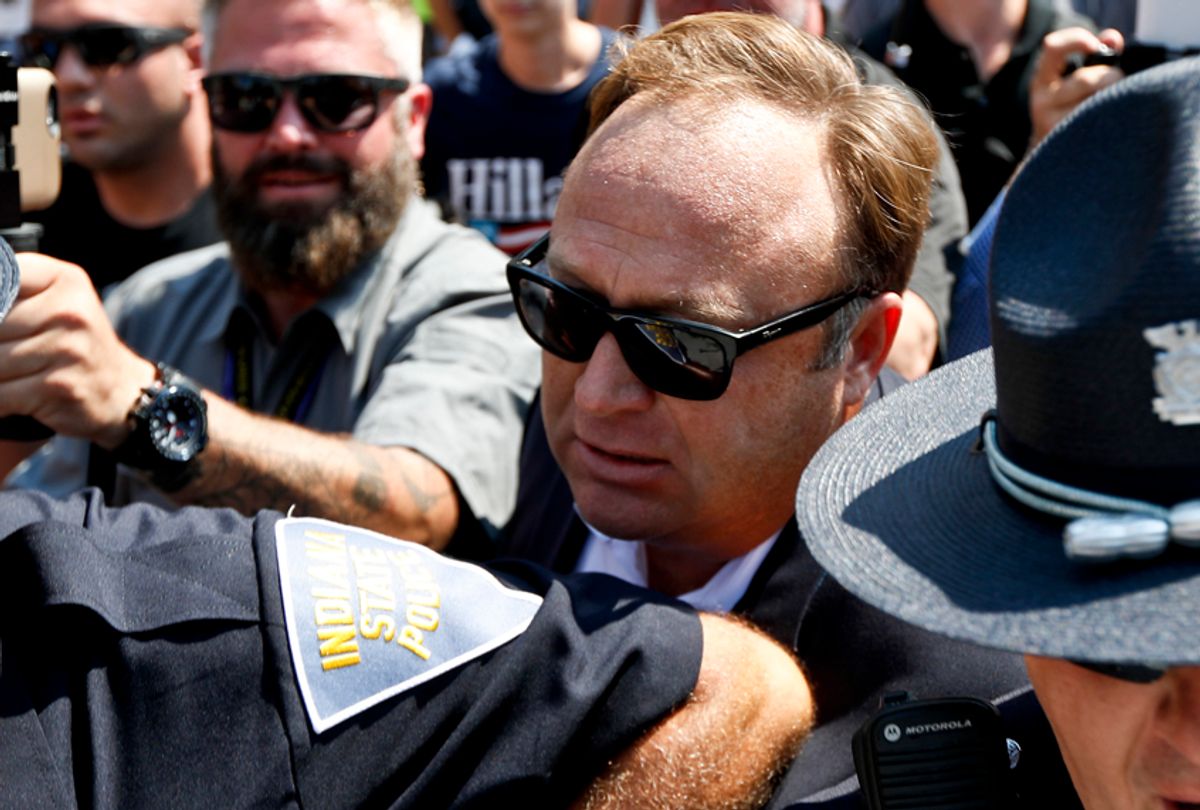 Infowars announced Tuesday it received its second strike from YouTube — for a video about the Parkland shooting — meaning the far-right conspiracy theory factory run by Alex Jones is just one misstep away from being banned from the video platform forever. Because this is the second strike Infowars received in a three-month period, YouTube alerted the Alex Jones Channel that it will be barred from posting for the next two weeks.

CNN reported last week that one of Infowars' videos, which accused the Parkland survivors of being coached, was flagged for violating YouTube's community guidelines. Now, with Infowars receiving its second strike for another video about the school shooting, Jones and Infowars is accusing CNN of lobbying the charges against them, saying "the news organization deliberately misrepresented our content in relation to the Parkland school shooting as part of an effort to pressure YouTube to delete our channel."

The first video was flagged for targeting Parkland survivor and activist David Hogg, titled "David Hogg Can’t Remember His Lines In TV Interview." The video showed clips of the teenager, clearly distressed and stumbling over his recount of the fateful day and shooting. In the Infowars video, Hogg was accused of being trained or coached on what to say, and it's suggested that he may have acting experience. According to CNN, YouTube removed the video for veering into harassment and bullying.

Infowars claimed this is censorship, and the "ability to question the statements of public figures on television is part of basic free expression under the First Amendment." The site is also charging YouTube with discrimination because of the channel's political views. Infowars likened CNN's and YouTube's actions to the Russian government, who it said shuts down opposing media outlets. "The left won’t stop until all competing voices have been financially crippled or silenced altogether," Infowars wrote in an article. The site vowed to pursue legal action. The banned videos can be viewed here.

On Tuesday, Hogg blasted Jones on Twitter, saying the host "seem[s] to be really confused as to what I do/who I am."

On Tuesday, Jones invited Hogg, the student activist onto his show "to set the record straight and clear things up between you and I," he wrote on Twitter, starting a tweetstorm to defend himself and beg Hogg to come on the show.