Arming teachers is not the answer 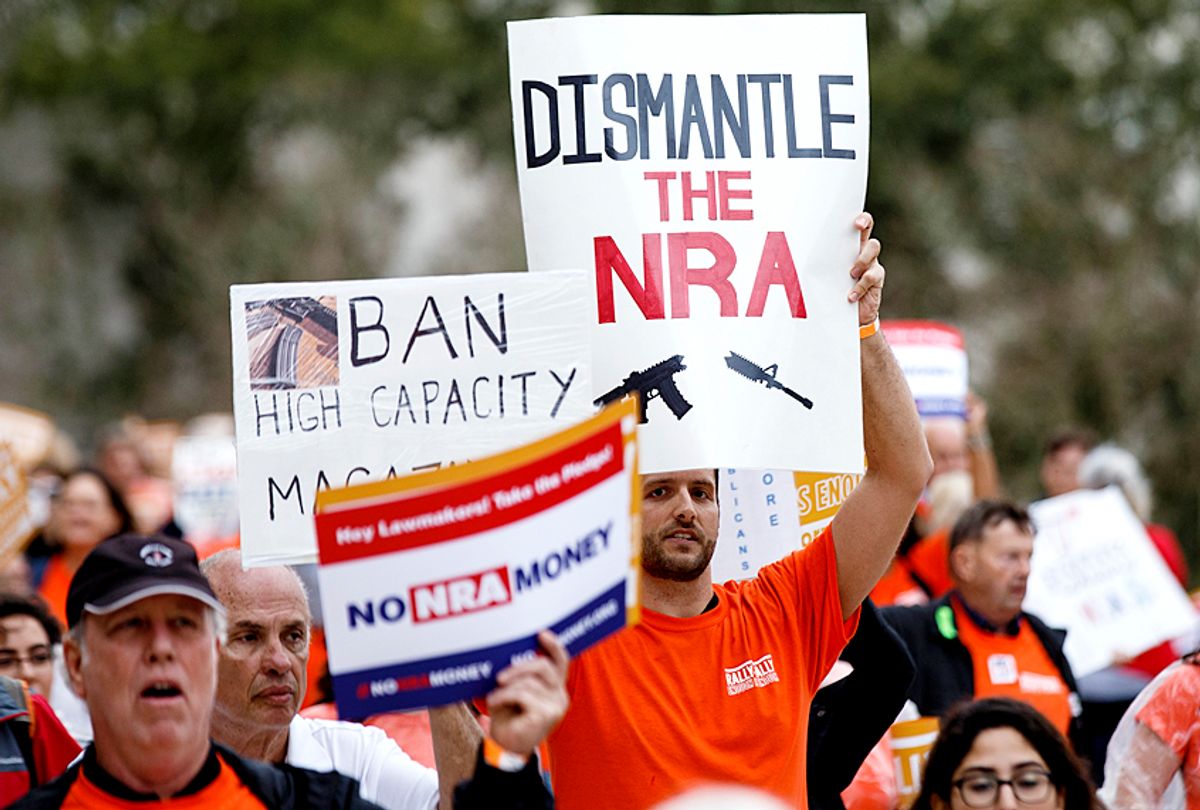 I have hundreds of school visits under my belt. My literacy promotion journey has taken me into all types of high schools, from California to New York and everywhere in between. I’ve seen teched-out rich schools that pass out iPads like they’re #2 pencils and learning institutions so poor they can’t afford heat. What do these places have in common? They both remain in a constant state of danger from gun violence, and arming teachers as a deterrent would only make matters worse.

I had some time to sit with this after the shooting in Parkland, Florida, and I told myself that ignoring the response from the NRA would be healthy — we know they don’t care. I know that’s a heavy claim and saying a lot about that organization; however, we saw their response to Sutherland Springs, Las Vegas, Pulse Nightclub, Virginia Tech and many other mass shootings. We witnessed the NRA’s response to Sandy Hook's children — if you can turn your head and act like those children weren’t murdered and offer nothing towards preventing this from happening again, then I must assume that the NRA, along with many of our elected members of Congress, do not care if children are murdered.

They blame the perpetrators but never blame the weapons. A gun, some ammo, plus a coward who wants to be remembered are the only ingredients needed to kill large groups of people. Outlaw assault weapons and make owning one a felony and I guarantee fewer people will die when the next mass shooting occurs. This should have been done a long time ago — nobody needs an AR-15, and shooters know this. But when the gun control conversation is broached, it switches quickly to "more guns" instead.

Last week, we heard President Trump offer zero intelligent solutions to mass shootings, just more of the same bad ideas. "Well-trained, gun-adept teachers and coaches should carry firearms in schools,” Trump told the crowd at the Conservative Political Action Conference. "I mean, I don't want to have a hundred guards with rifles standing all over the school. You do a concealed carry permit. This would be a major deterrent, because these people are inherently cowards."

President Trump is right about one thing — the shooters are cowards. What he misses, like most gun advocates, is that guns are a weak person’s tools. They are made to aid and protect the scared, and scared people normally don’t make rational decisions. I’m not a gun expert, and I didn’t conduct a nationwide study; however, coming from east Baltimore, one of the deadliest cities in the country­­, I’ve had a disturbing level of personal contact with firearms. They are everywhere.

From my experience, it’s always the guy who needs a little extra edge, the guy who lost the fight or lacks the support he needs to feel safe, who goes out and gets a gun. The gun offers instant power; he goes from being the quiet person who mixes in with the back of the crowd to the loudmouth standing in front, begging for conflict, looking for any and every reason to reach for that pistol and show that he’s the baddest person in the room. The flip side is that he’s emasculated without it, beyond paranoid and even worse off than before he discovered the power of a gun. And what happens when you mix this personality type with a frustrated teacher in an underfunded school where students, educators and administrators clash all of the time? Adding guns into the mix would be like tossing a piece of frozen fish into a pan of sizzling olive oil. (Don’t try it, your skin will fall off.)

Many poor schools already mirror jails. I’ve been in plenty with caged windows, gray walls, gray meat and drink for lunch and metal detectors. (It's crazy how all of the poor black schools have metal detectors, but the white schools where many of these shootings happen don’t.) Either way, armed staff would completely strip away from the limited educational experience we have in our public schools, completing their transformation to a jail-like environment. If teachers have guns, more students will want to carry them, too, and we'd see even more conflict.

It doesn’t matter if the teachers are trained or not; the presence of guns makes everything uneasy. Who feels safe around loaded weapons? Do Mar-a-Lago members walk around and play golf with loaded pistols? Probably not.