Many red flags were raised about the Parkland shooter. Would a black or Muslim young man have been ignored? 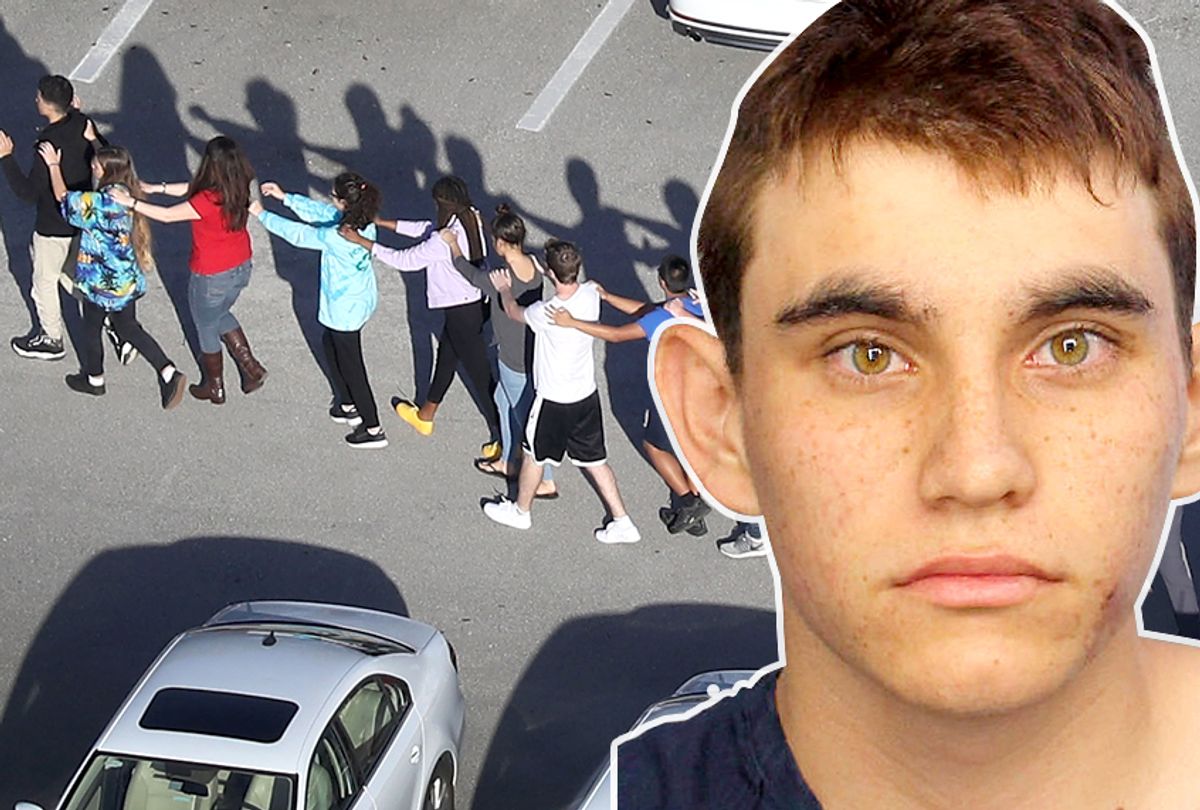 White privilege can be lethal. On Feb. 14, in Parkland, Florida, it was channeled through toxic white masculinity when Nikolas Cruz killed 17 people at Marjory Stoneman Douglas High School, and wounded dozens more.

This mass murder by gun should not have occurred. It was almost entirely preventable.

In an extensive and chilling report, CNN details a litany of moments when Cruz's murderous rampage could likely have been derailed. "An unidentified woman close to Cruz," probably a relative, called an FBI tip line "to describe a young man with an arsenal of knives and guns who was 'going to explode.' She said she feared him 'getting into a school and just shooting the place up.'"

The woman said Cruz had the mental capacity of a 12- to 14-year-old and had been kicked out of school for throwing chairs at students and teachers. She also provided the FBI with the user names for at least three of Cruz's Instagram accounts, where he wrote that "he wants to kill people" and posted photos of mutilated animals.

The FBI admitted last week it had failed to act on that tip.

Separately, the FBI was warned in September about a YouTube commenter named Nikolas Cruz, who wrote: "Im going to be a professional school shooter."

CNN also reported that the Broward County sheriff's office had received 23 calls related to Cruz or his brother over the previous decade. These included "information from a neighbor's son that Cruz planned to 'shoot up' an unknown school" and a different call from someone who reported that "Cruz was suicidal and could be a 'school shooter in the making.'"

The many ways that white privilege and the color line intersect with guns and masculinity in the tragic case of the Parkland massacre could be a chapter in a textbook for an Introduction to Sociology course.

It has been repeatedly documented by social scientists and other researchers that police and other law enforcement officers are much more likely to be extremely aggressive, escalate to physical force, act in a more lethal manner and to be "proactive" when interacting with black and brown people as compared to whites. This pattern is true even when police interact with black people -- especially black men -- who are unarmed. In general, America's police take perceived threats to public safety from whites much less seriously than they do from nonwhites (as well as Muslims).

Blacks deemed "mentally ill" are much more likely than whites to be institutionalized and otherwise monitored by the state, meaning the criminal justice system and social service agencies.

It is almost so obvious as to not require comment that a Muslim or Arab who was accused of stockpiling weapons would have been immediately detained or arrested on suspicion of "terrorism."

If Nikolas Cruz lived in a black or brown community he would have been much more likely to be under close surveillance and to have personally interacted with the police and other law enforcement agencies. Ultimately, black and brown communities -- especially if they are also poor or working-class -- are routinely over-policed in America. By comparison, white communities are in fact under-policed. This is a story of social control and power that can have a profound impact on a person's life chances -- and can also lead to tragic consequences for society at large, as in the case of Nikolas Cruz and what happened in Parkland, Florida.

Racism is a form of structural and interpersonal violence against nonwhites. But in fact racism and white privilege can have painful and devastating effects on white people too. The mass shooting in Parkland, and the other mass-shooting rampages by disaffected white men and boys with guns, offer numerous dreadful examples of that fact.