Gorsuch, Trump’s appointee, is expected to be the swing vote on union fees before June 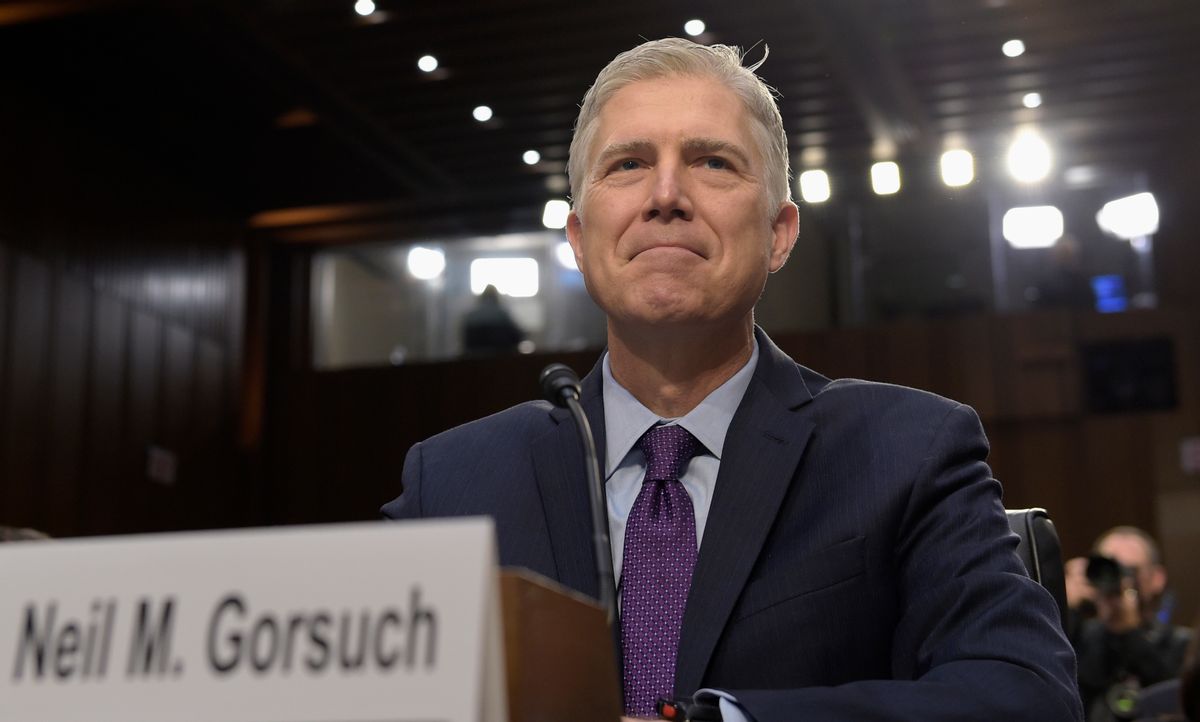 On Monday, the Supreme Court listened to arguments in Janus v. AFSCME, a controversial and divided case that could potentially ruin public-sector unions — including many progressive bastions and common Democratic Party allies, plus unions representing groups like police officers and firefighters. The justices appeared split down ideological lines, leaving one silent wildcard, Supreme Court Justice Neil Gorsuch — who was appointed by Donald Trump to succeed Antonin Scalia. The Supreme Court currently has a 5-4 conservative majority, and Gorsuch is expected to make the swing vote in the case.

Supreme Court Justices appeared torn over a 1977 Supreme Court opinion, Abood v. Detroit Board of Education, that says non-members of public sector unions are still required to pay for union dues, though do not have to pay for the portion of the dues that goes to political activities. Conservative anti-union critics want to overturn the nearly 41-year-old opinion, which would turn the public sector into an open shop — also known as “right-to-work,” meaning those in the public sector who don’t pay fees would still receive the benefits of being in a union, thus diluting the union's ability to sustain itself.

The Abood case has resurfaced in  Janus v. AFSCME; Mark Janus, the plaintiff, argued that forcing non-members to pay fees to unions who don’t share the same views violates the his First Amendment rights. A lower court ruled against Janus, which led up to the event that took place on Monday. According to a Reuters report, conservative justices Anthony Kennedy and Samuel Alito were aggressive in questioning the nature of the fees:

“If you do not prevail in this case, the unions will have less political influence. Yes or no?” Kennedy asked union lawyer David Frederick.

“Yes, they will have less political influence,” Frederick said.

“Isn’t that the end of this case?” Kennedy said.

“Doesn’t it blink reality to deny that that is what’s happening here?” Kennedy asked.

“When you compel somebody to speak, don’t you infringe that person’s dignity and conscience in a way that you do not when you restrict what the person says?” Alito said.

Liberal Justice Elana Kagan stressed how the potential overturn would disrupt the lives of millions of people. According to Reuters Kagan asked:

Liberal Justice Sonia Sotomayor reportedly backed pro-union arguments, making the claim that the fees give unions a space for labor disputes to be resolved.

A final ruling is expected to be made by June.