The striking hindsight of "The Looming Tower" 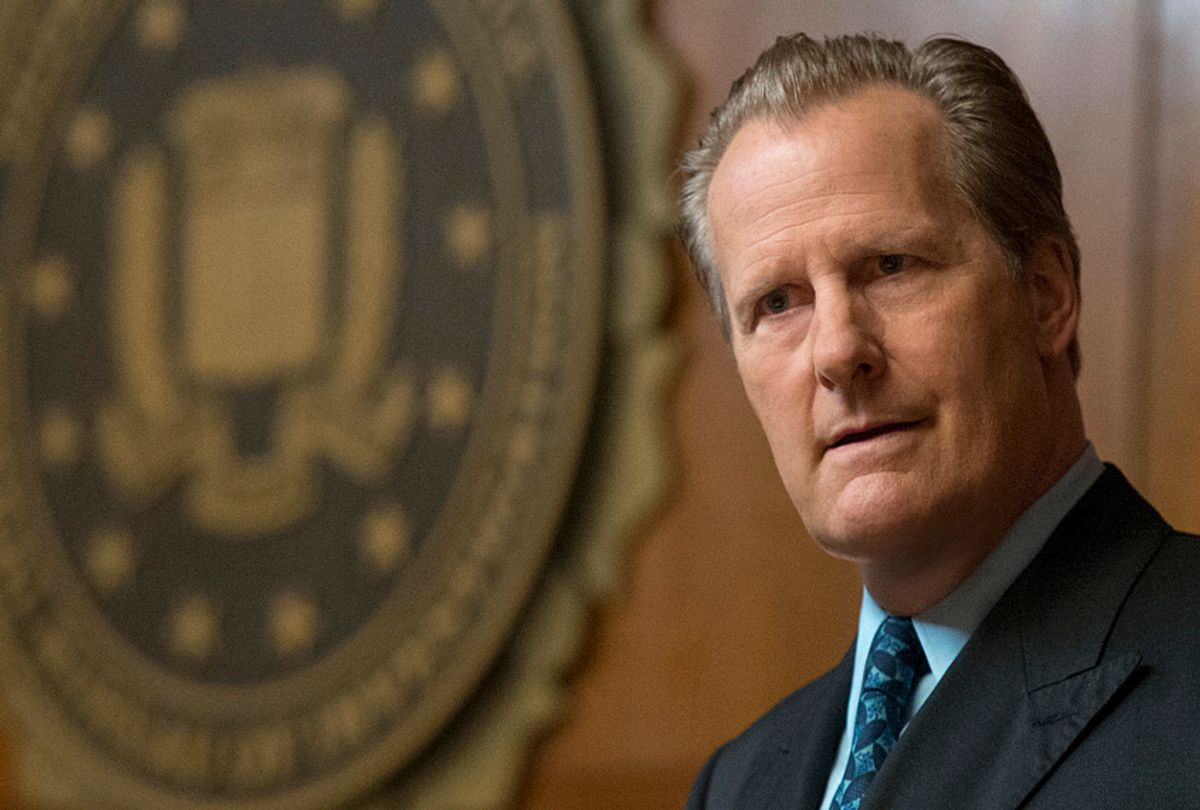 Escalating threats, rivalries within the intelligence community and the resulting interagency paralysis during the years leading up to 9/11 create the narrative basis of Hulu’s “The Looming Tower,” out Wednesday on the streaming service. That makes the 10-episode series, adapted from Lawrence Wright’s Pulitzer prize-winning bestseller, timely brilliant bait for viewers who can’t get enough of looking back at all the angles involved in the deadliest terrorism attack on American soil. Conversely, people yearning for an escape from current events may view “The Looming Tower” as repellent.

If you’re not up for an unflinching scripted examination of near history, one in part centered upon a figure whose life and death have a Cassandra-esque air of tragedy about it, direct your attention elsewhere. For in many respects, this is a series that quietly doubles as a warning about what can happen when the public’s attention is focused on trivial matters while the fuse to a cataclysmic act is steadily burning down.

As the CIA and FBI struggle to be taken seriously by leadership while clashing over which agency receives the power and resources to direct strategy, the government obsesses over what illicit deeds the president did and who he did it with.  In 1998 the misdirect centered around an intern, a cigar and a blue dress; twenty years later the gossip concerns collusion with Russia and flippant tweets that threaten our national security.

Only now we have a president openly questioning the credibility of the intelligence communities tasked with keeping the United States and our allies safe. Back then, “The Looming Tower” proposes, the failures were in part due to clashing egos. A longstanding professional enmity between the FBI’s Special Agent in Charge John O’Neill (Jeff Daniels), head of the FBI’s I-49 Squad, and CIA analyst Martin Schmidt (Peter Sarsgaard), chief of the D.C. based-“Alec Station,” fuels a dangerous level of dysfunction between the teams tasked with monitoring global terrorist activity.

Testimony by Muslim-American FBI Agent Ali Soufan (Tahar Rahim) as part of a 9/11 joint inquiry in 2004 sets up the series’ premise as Soufan informs the committee that the CIA’s testimony that it had shared intelligence information about al-Qaeda with the FBI was, in fact, a lie. Rahim says the line with a stony severity that sets the tone for all that follows.

From there “The Looming Tower” walks backward to 1998 and assembles the case, piece by piece, returning regularly to that 2004 hearing in order to place each missed opportunity in context, beginning with a tight focus on the embassy bombing in Nairobi that killed 213, including 12 Americans, two of whom were CIA employees.

The challenge with any appraisal of recent history, particularly one fresh enough in the memory to inspire debate over insufficiently answered questions and ever- evolving conspiracy theories, is that a large portion of the audience not only knows where this terrible path is headed but can still trigger a physiological response to the memory of it. Works like “The Looming Tower” can play into that emotionality by goosing the dialogue or manipulating the power of certain moments in the editing room.

But Dan Futterman, whose piercing sensibility rooted his Oscar-nominated scripts for “Capote” and “Foxcatcher” in a chilly clarity, allows the events themselves to sculpt the humanity of these characters. Under the direction of Alex Gibney, a filmmaker best known for his documentary work, the look and feel of the opening three episodes “The Looming Tower” favors verisimilitude over amplified sentiment. And this is truly an accomplishment given how much character serves as a plot catalyst.

Part of that devotion of realism means that “The Looming Tower” spends a lot of time in foreign spots doubling as the bases of the terrorist cells that would become the al-Qaeda network. Doing so this allows the series to employ the cinematic mechanisms of a spy thriller starting, in the very first scene, with the classic sidewalk follow of an object seamlessly handed off from person to person on its way to a dark secret room.

Sequences like these prove Gibney’s understanding of commercial entertainment structure although some who read Wright’s work may be less forgiving of the script’s omission, at least in the drama’s initial hours, of the author’s extensive examination of Middle Eastern history that created an environment for extremism to flourish.

Instead, Hulu’s production anchors the conflict within Soufan, a junior agent in 1998, whom Rahim ably  portrays with the passion and frustration of a man battered on two fronts: by those betraying his culture and religion, and the senseless hindrance of bureaucracy. Soufan is the skilled and as-yet unjaded stalwart in a gallery of characters whose personal agendas may get in the way of professional judgement. And Rahim’s skilled performance is one worth calling out in a stellar cast that includes prestige-television regulars Bill Camp and Michael Stuhlbarg.

The primary focus, of course, is the warring personalities between Schmidt and O’Neill. Those familiar with O’Neill’s biography may appreciate Daniels’ intense shading of his subject’s personality, a foul-mouthed boss who has no time for half-measures and yet inspires intense loyalty within his subordinates — including Soufan, to whom O’Neill grants his first professional break.

Sarsgaard’s CIA boss, in contrast, comes across as a patchwork of barely veiled contempt and jagged pragmatism, the iceberg standing against O’Neill’s frequent verbal conflagrations. In the episode made available to critics, Sarsgaard and Daniels’ rarely share a frame and yet compliment each other nicely. Contemptible as Sarsgaard makes Schmidt as he unapologetically obstructs FBI efforts, the actor enables us to understand his reasons for doing so come down to a simply matter of trust — in that he trusts his own expertise and his team more than anything else.

Daniels’ leads with O’Neill’s charm above all, which makes his incredible demands upon his team’s lives more palatable. He’s a workhorse who’s always on the move and has a temper set off by a feather’s touch, but he’s also smooth enough to lie his way into the hearts of several women at once.

Historical accounts go down more easily with a smattering of spice, but in O’Neill’s case there was little need to embellish (although in zooming in on his infidelities, Futterman does just that). His outsized image in life is only surpassed by the cosmically terrible happenstance of his story’s coda, lending a heart-rending close to one part of this story. We’re still living with the ramifications of everything else portrayed in “The Looming Tower,” a shrewdly rendered albeit streamlined tale worth paying attention to — if not for its cautionary aspects, then for the undeniably strong performances and direction.