No children were reported to have been killed or injured, but they were taken off campus for their safety 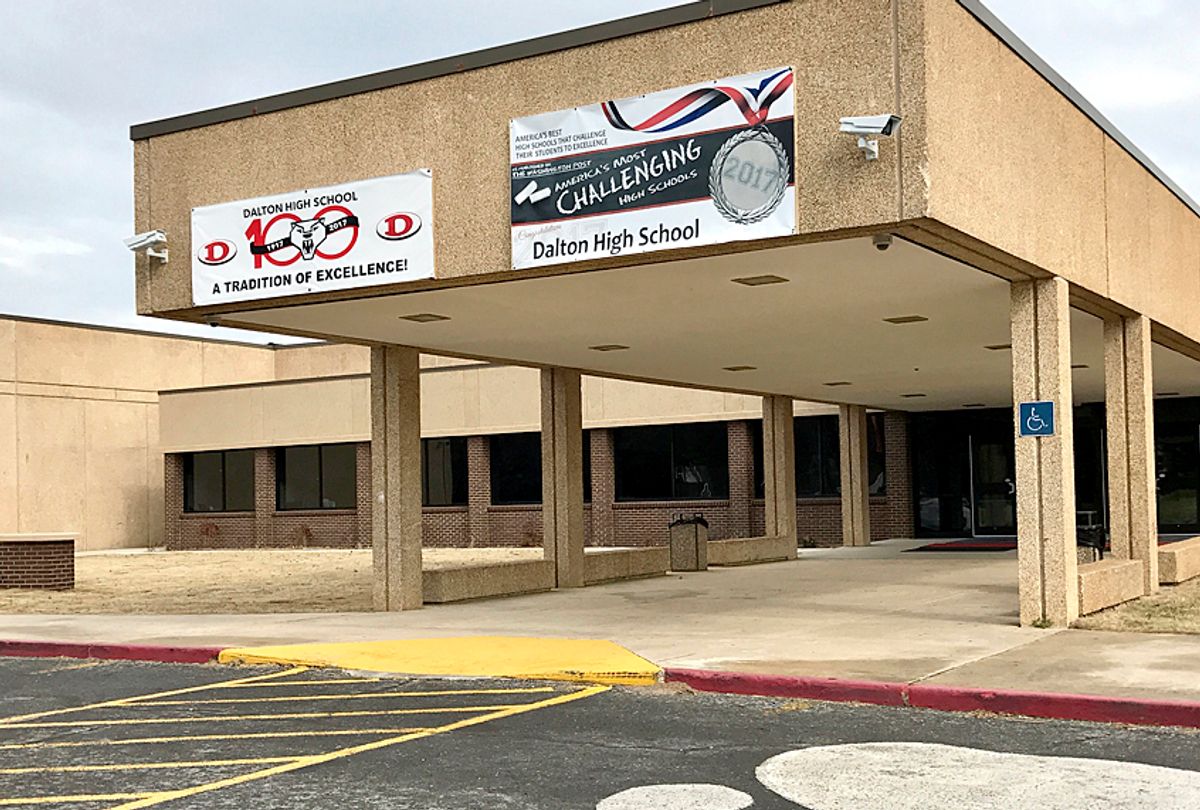 Not long after President Donald Trump joined other conservatives in suggesting that America arm its teachers, a violent incident has occurred in Dalton, Georgia in which the suspect is an armed teacher.

The Dalton Police Department released a series of tweets as more details about the incident were presented to them.

As the tweets establish and a local news affiliate (WSB-TV) confirmed, no children were killed or injured by the reported gunfire. One child did sprain his or her ankle while running inside the school as it was evacuated, but that injury does not seem to have been directly caused by the shooting.

Conservatives like President Trump have been promoting the idea of arming teachers in the aftermath of the Parkland school shooting. At one point during a White House event in which Trump met with governors, the president turned to Texas Gov. Gregg Abbott for support.

"We now have well over a hundred school districts in the state of Texas where teachers or other people who work in the school do carry a weapon … It could be a coach, it could be an administrator, it could be anybody who works in that school. But it's a well-thought-out program with a lot of training in advance," Abbott told Trump, according to The Washington Post.

Trump replied by telling Abbott, "Well, I think that's great. And so, essentially, what you're saying is that when a sick individual comes into that school, they can expect major trouble. Right? Major trouble?!"