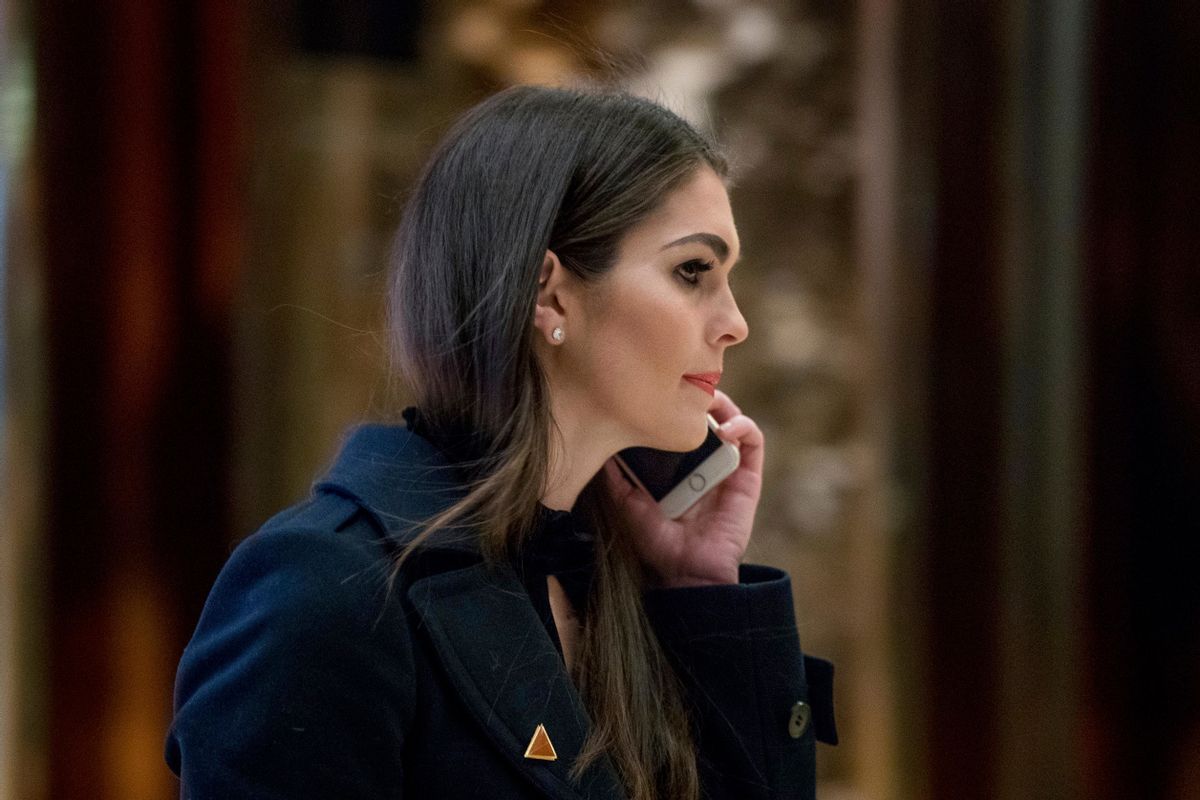 Following discussions with her lawyers, Hicks claimed that none of those lies pertained to any matters related to the ongoing Russia investigation led by Special Counsel Robert Mueller, three sources familiar with Hicks' testimony told The New York Times.

Hicks fielded questions from investigators for more than eight hours on Tuesday, but she repeatedly would not answer questions about her work on the presidential transition team. Hicks said the White House told her only to talk about matters related to her work on the campaign, according to the Times. After further talks with her lawyers, they also consulted the White House, which advised her to answer only limited questions on the transition period.

Hicks provides value to the investigation over specific issues such as her involvement in the firing of former FBI director James Comey last May, the Times reported. She also was of interest because of a statement drafted last July on Air Force One in the midst of revelations that Donald Trump Jr., son-in-law and Senior Adviser Jared Kushner and the now-indicted former Trump campaign chairman Paul Manafort attended a June 2016 meeting in Trump Tower with a lawyer who has alleged ties to the Kremlin.

The top Democrat on the panel, Rep. Adam Schiff, of California, was not happy that Republican lawmakers did not appear interested in delivering Hicks a subpoena. Former White House chief strategist Steve Bannon also refused to answer questions about that topic and his work in the White House, and he was quickly delivered a subpoena.

"That’s an overly broad claim of privilege that I don’t think any court of law would sustain. And I think the White House knows that," Schiff told the Times. "This is not executive privilege, it is executive stonewalling."

Hicks' admission that her work for President Donald Trump has required her to tell white lies is hardly surprising, but what's surprising is that she said it outright. As the head of the communications office for the White House, Hicks should be aware that trustworthiness is a very important trait to have.