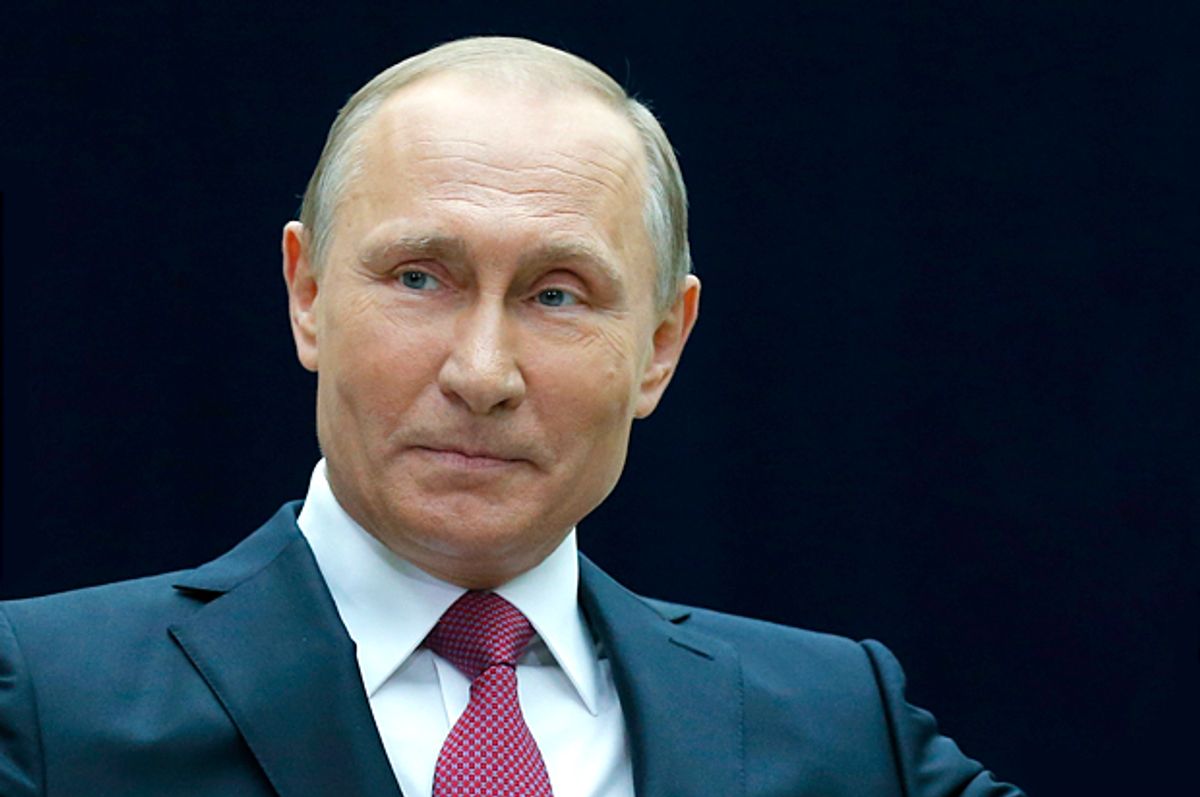 Russian President Vladimir Putin is announcing that his country is developing new nuclear-powered cruise missiles that can strike anywhere in the world and said his missiles can avoid missile defense systems.

We now have a new nuclear arms race.

President Putin made his announcement during his annual State of the Nation Address, which this year preceded his upcoming reelection on March 18, according to The Washington Post. Characterizing his nuclear announcement as a response to America's development of a missile-defense system, Putin argued that the United States had yet to sufficiently respect Russia's nuclear capabilities or negotiate for arms control.

Putin's victory is widely regarded as a foregone conclusion.

"No one listened to us. Listen to us now," Putin proclaimed.

The Russian president argued that his country had successfully tested a cruise missile late last year, powered by a nuclear engine, which possessed unlimited range. Most cruise missiles have a range of roughly 600 miles, according to the Post. Putin also argued that, because the new missile can fly close to the ground and use unpredictable patterns in its flight path, it would negate the value of existing missile defense systems.

Putin's conclusion was that the successful tests "will allow the development of a complete new type of weapon — a strategic complex of nuclear arms with rockets fitted with a nuclear-propulsion engine." He also said that a testing cycle for a nuclear-powered underwater drone that can carry a nuclear warhead was completed late last year and that, as with the new cruise missiles, "means to resist them simply don’t exist in the world today."

Both the United States and China are reported to be working on missile systems comparable to those touted by Putin, according to the BBC.

Despite concerns from the West, Putin emphasized that Russia has "no plans to be an aggressor" and insisted "we are not going to take anything away from anybody. We have everything we need. Russia’s strong military is a guarantor of peace on our planet," according to NBC News.

He added, however, that "any use of nuclear weapons against Russia or its allies . . . any kind of attack . . . will be regarded as a nuclear attack against Russia and in response we will take action instantaneously no matter what the consequences are. Nobody should have any doubt about that."

Putin's tough talk on nuclear weapons comes as President Donald Trump has himself seemed to accelerate a nascent arms race between America and Russia. Over the past few months, Trump indicated multiple times that he would welcome another arms race. Trump's Pentagon has been pushing for new low-yield nuclear weapons that are explicitly intended to counter Russian advancements in that arena. Trump even bragged in January that his "nuclear button" was bigger than the one possessed by North Korea's Kim Jong-un, raising concerns that he is eager to engage in a nuclear conflict.