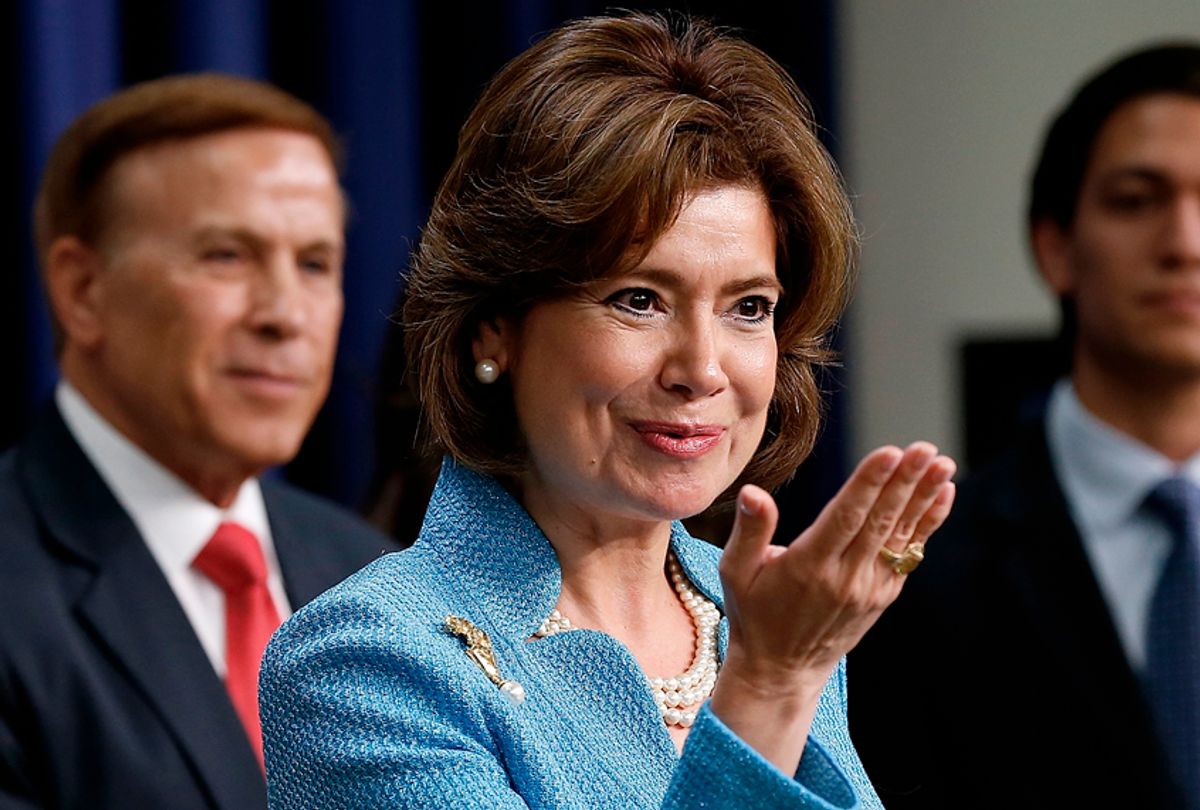 Less than a week ago, The Weinstein Company announced it would have to declare bankruptcy – a reality the film and TV company has now avoided thanks to a deal spearheaded by Maria Contreras-Sweet, who was a senior official in former President Barack Obama's administration. New York Attorney General Eric Schneiderman confirmed the sale of the company, which includes an $80 million compensation fund for Harvey Weinstein's alleged victims of sexual abuse and harassment.

"Our office will support a deal that ensures victims will be adequately compensated, employees will be protected moving forward and those who were responsible for misconduct at TWC will not be unjustly rewarded," Schneidermann said in a statement.

The future of The Weinstein Company seemed futile, amid the flood of sexual misconduct allegations against its co-founder, Schneiderman's lawsuit against the company and after an earlier bid collapsed. But Contreras-Sweet, who ran the Small Business Administration during Obama's tenure, anchored by billionaire investor Ronald Burkle, returned to the table and reached a deal with the company on Thursday.

"The deal provides a clear path for compensation for victims and protects the jobs of our employees," The Weinstein Company board said in a statement. "We consider this to be a positive outcome under what have been incredibly difficult circumstances."

The $500 million deal will reportedly save 150 jobs and include a recalibration of the company. Contreras-Sweet plans to rename The Weinstein Company and usher in a majority-women leadership team.

"The recent events at The Weinstein Company have put focus on how women in the entertainment industry have been treated," Contreras-Sweet said in a proposal letter in Novemeber. "We believe that reorganizing the company as a woman-led venture will be an inspiration to the industry and a new model for how an entertainment company can be both financially successful and treat all its employees with dignity and respect."