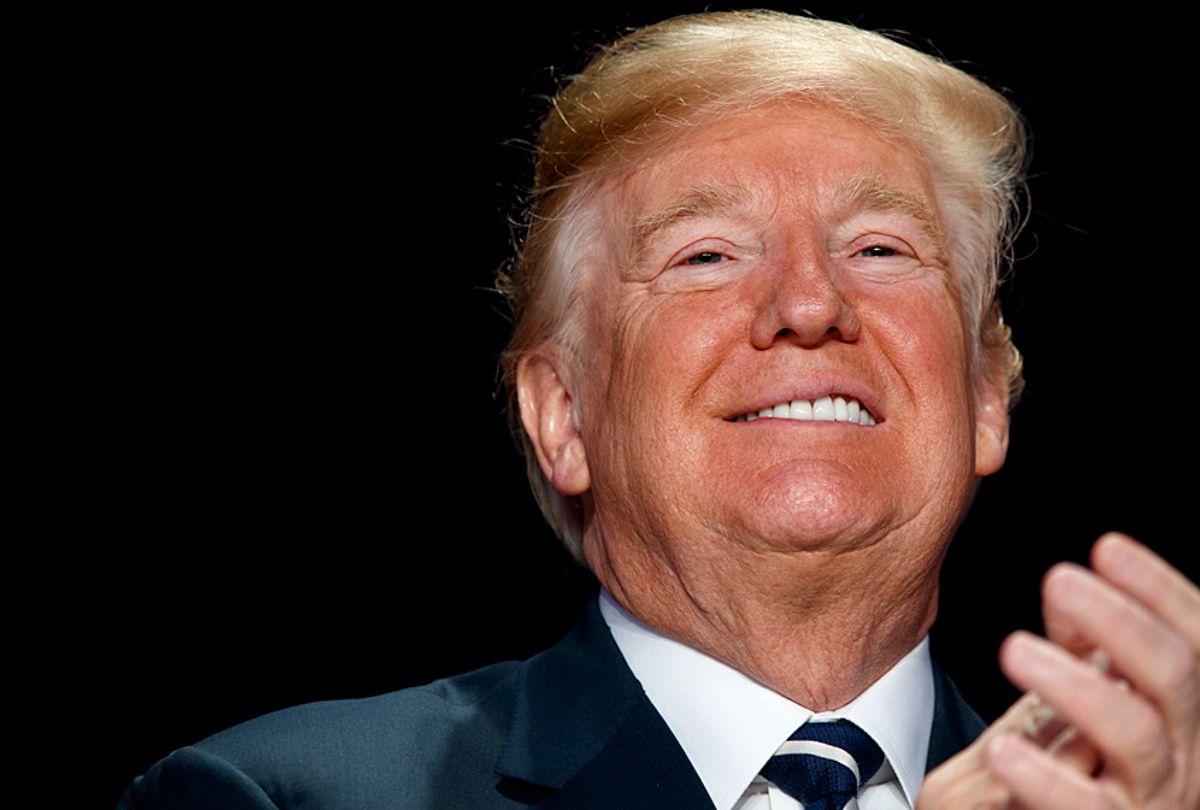 Despite being affiliated with a political party that touts its love of limited government, it's quite clear that President Donald Trump isn't exactly a fan of the concept.

He's repeatedly praised (and used) the legal concept of eminent domain. Earlier this week, Trump advocated taking guns away from people suspected of being mentally ill and violent without giving them due process. And on Thursday, he publicly called for the execution of people convicted of dealing drugs.

"We have pushers and drugs dealers, they are killing hundreds and hundreds of people," Trump said at a public White House meeting about opioid abuse. "If you shoot one person, they give you life, they give you the death penalty. These people can kill 2,000, 3,000 people and nothing happens to them."

Trump seems to have gotten the idea from Philippine President Rodrigo Duterte who dramatically stepped up his country's drug enforcement efforts through numerous executions of drug dealers. Duterte has also boasted of killing three people himself during his time as mayor of Davao City before he became president.

"Some countries have a very, very tough penalty — the ultimate penalty — and by the way, they have much less of a drug problem than we do," Trump said on Thursday. Several other Asian countries have harsh sentences for illegal drug sellers, including Singapore, Thailand, and Malaysia.

Contrary to Trump's claims, however, only Singapore seems to have reduced its illicit drug trade through tough enforcement.

"We have done the experiment with extreme mass incarceration to shrink the drug market and it failed," Mark Kleiman, the director of New York University’s Marron Institute of Urban Management, told Politico. "Between 1980 and today, the number of drug dealers behind bars has gone up by a factor of 30 and the prices of heroin and cocaine have fallen more than 90 percent. So the problem with putting drug dealers in prison is there is another drug dealer in there to take his place."

In the Philippines, the drug crackdowns don't appear to have worked, either. In December, Aaron Aquino, the head of that country's drug enforcement body publicly stated that his agency was unable to stop dealing by itself.

"We were having a hard time when it comes to the street level. We were failing there, to tell you the truth," he said.

Beyond whether stepped up enforcement against dealers actually is effective, the idea of executing them has severe constitutional problems, thanks to the Eighth Amendment's prohibition on cruel and unusual punishments.

Trump seems to be aware that his idea might not garner public support. In January, as he signed legislation giving U.S. customs agents more tools to stop illegal drugs, Trump floated the idea of much stricter penalties for selling illicit drugs.

"So we're going to sign this. And it's a step. And it feels like a very giant step, but unfortunately it's not going to be a giant step, because no matter what you do, this is something that keeps pouring in," he said.

"And we're going to find the answer. There is an answer. I think I actually know the answer, but I'm not sure the country's ready for it yet," he added. "Does anybody know what I mean? I think so."