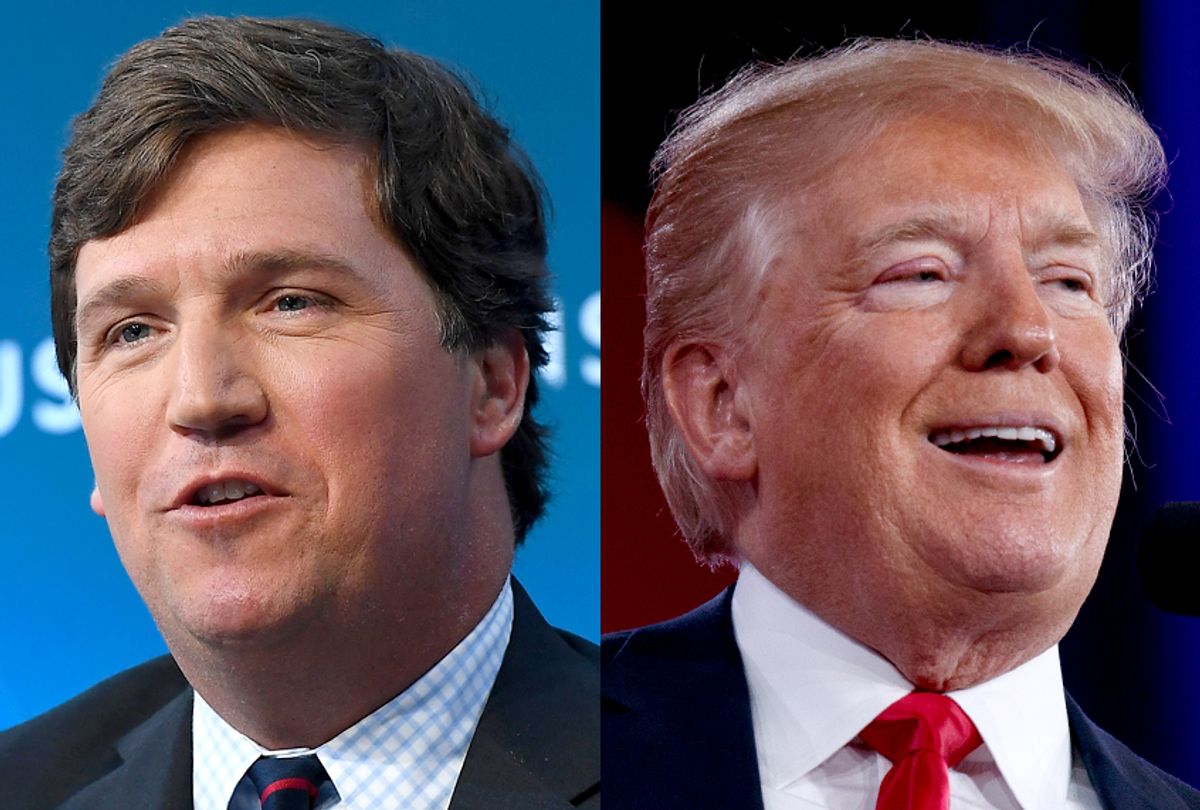 President Donald Trump's stances on school shootings has caused him to come under scrutiny from politicians, journalists and school shooting survivors themselves. But he rarely faces fire from Fox News — his favorite, most watched, most trusted source of news and information.

But in an unexpected twist, Fox News host Tucker Carlson, normally a Trump supporter himself, launched an uncharacteristic attack on the president Thursday night. Carlson criticized the president for his Wednesday comments voicing support for confiscating guns from potentially dangerous people, even if it violates due process rights.

The host said Obama would have been "denounced as a dictator" for making such a comment. "We would have denounced him first, trust me," Carlson said. "Congress would be talking impeachment right now. Some would be muttering about secession."

Carlson also reminded Trump about Constitutional rights. "Those rights are what makes us citizens and not mere subjects of the powerful, and the president needs to be reminded of that," he said. "Maybe we all do once in a while. If voters wanted that kind of government, they could have voted Democrat, and actually they still have a change to vote Democrat in the midterms, which he should keep in mind."

This was the second time in recent months that Carlson had broken with the president. In January, the host called out the commander-in-chief for his openness to revise and improve The Deferred Action for Childhood Arrivals (DACA) act so that its beneficiaries, young undocumented immigrants who grew up in America might be able to stay in the country, despite his previous hard-line positions on their deportation. Carlson, who has positioned himself as a strong opponent of immigration, attacked Trump for seemingly softening his stance on immigration, suggesting that his tough rhetoric on the campaign trail doesn't match his current one.

Carlson asked Trump rhetorically, "So what was the point of running for president?" He continued, saying that the president "clearly has skills as a negotiator," then added, "Where were they today? The president signaled he'd be happy to legalize hundreds of thousands of illegal immigrants now, and then at some point in the future, tackle all that other stuff, like making sure they can't bring millions of their relatives from the third world along with them."

Carlson suggested that supporting the president can sometimes he a source of embarrassment, as he compared being a Trump voter to the challenges of rooting for an underperforming sports team, specifically the "old Chicago Cubs," noting that while there is, "pride that comes from doing something that fashionable people consider insane," there is "disappointment" and "embarrassment." The embarrassment, however, would be ultimately worth it "when they finally win the World Series."