Get ready for Trump 2020, Democrats

If the next presidential election is a repeat of the last, we're looking at a second term for Trump 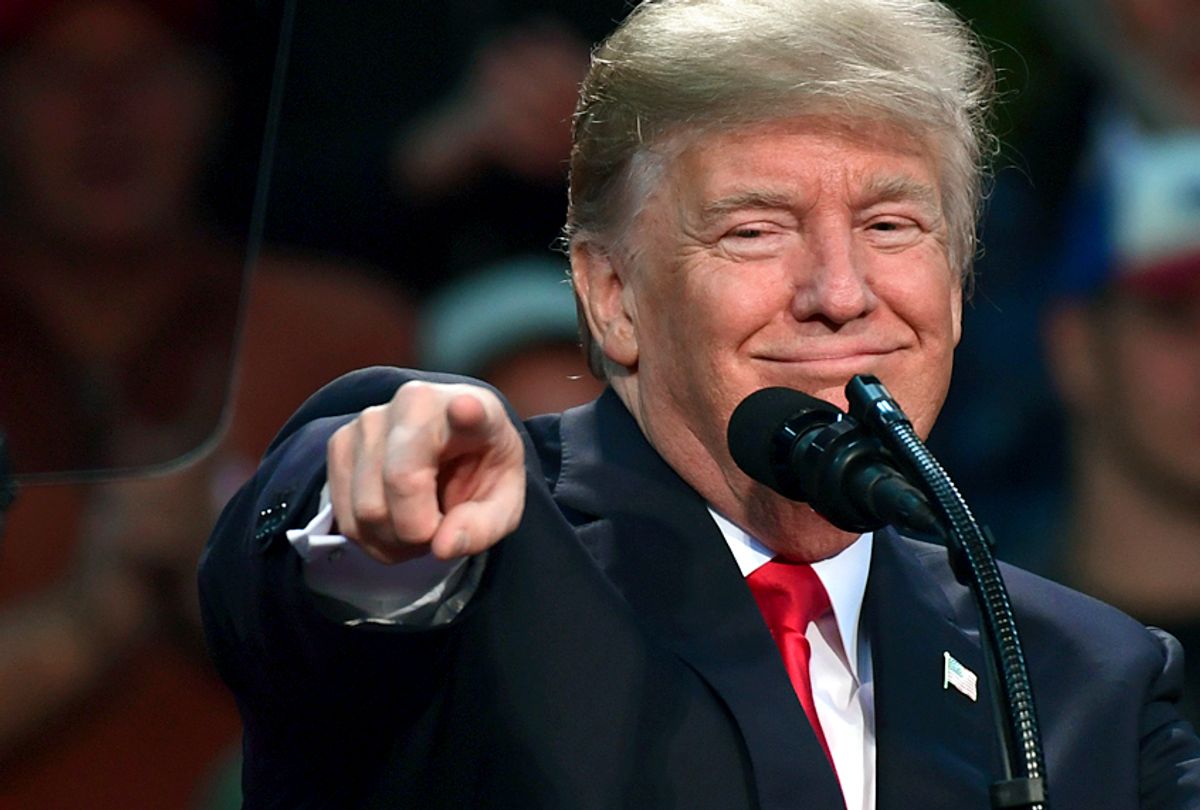 After Donald Trump was elected president in 2016, it did not take long for pundits to start predicting that he would be a one-term president — or that he wouldn’t even finish his 4-year term and would be impeached or forced to resign within a year or two. Once the initial shock of his win had subsided, critics who had confidently forecasted a landslide victory for Hillary Clinton began forecasting a one-term presidency for Trump, and as his presidency has dragged on, the more hysterical “Russiagate" critics have waited impatiently for Trump’s inevitable downfall (and indictment).

Of course, while Trump’s downfall is hardly a foregone conclusion, it’s easy to see why so many people believe that Trump will only last four years — or less — in the White House. Polling has consistently shown that he is the most unpopular president in modern history, and it’s not even close after one year in office. Since he started his term in January 2017, President Trump’s approval rating has remained historically low compared to his predecessors, and a recent CNN poll found that it dropped back to 35 percent last week — his lowest rating since taking office. This doesn’t bode well for Trump come reelection time, and the odds will almost certainly be stacked against him. But we all know what happened last time everyone assumed he couldn’t possibly win.

In a recent article, the New Republic’s Graham Vyse spoke to several polling experts and political strategists about Trump’s prospects for reelection, and the consensus is clear: It would be an enormous mistake to write off Trump again in 2020.

“I think people just kind of assume he’s a goner,” FiveThirtyEight’s Nate Silver told Vyse, “but look, he’s now more in a range where presidents have recovered to win reelection. His approval rating is up to 41 or 42 percent in our tracking. That verges on being a normal number that resembles what happened to Reagan or Clinton or Obama in their second years.” Meanwhile, the director of the University of Virginia’s Center for Politics, Larry Sabato, reminded Vyse that the president has a fervently devoted base that would support him through just about anything (even, one suspects, if Trump woke up tomorrow morning and tweeted that he is in fact a Russian spy):

“I would say the most distinctive thing about him other than his obnoxiousness is that his followers aren’t a base. They’re a cult. This is a cult,” Sabato said. “They’ve ceded their independent thinking to this man. This is the most intense cult that I can remember in American politics.”

One can say with certainty that the vast majority of the 63 million Americans who voted for Trump in 2016 will vote for him again in 2020, regardless of what happens over the next three years. (As Trump famously quipped during the GOP primaries, “I could stand in the middle of 5th Avenue and shoot someone and I wouldn’t lose voters.”) But Trump’s cultish base, while zealous as ever, isn’t getting any bigger; indeed, over the past year it has actually shrunk, according to polls. It only takes a small minority of swing voters to shift an election, and though Trump’s most ardent supporters have turned into unthinking automatons, a growing number of those who voted for the president (particularly those who also voted for Barack Obama) regret their decision. President Trump has never been popular with the majority of American voters, and this isn’t going to change, for the simple reason that Donald Trump isn’t going to change.

The main thing to consider when contemplating Trump’s prospects for reelection, then, is who his Democratic opponent will be come November 2020. Senator Bernie Sanders has repeatedly pointed out since 2016 that Trump did not win the election — the Democrats lost it — and the 2020 election will be theirs to lose as well. Hillary Clinton was the perfect foil for Trump’s right-wing populist message, and her political baggage served Trump well. The Democratic candidate was almost as unpopular with the American people as the billionaire, and at a time when voters were fed up with the status quo and itching for change, Trump’s anti-establishment attitude resonated, even if many voted against Clinton (i.e. the establishment) rather than for Trump.

Top strategists and pundits weren’t wrong to believe that Trump had little chance of winning: He was an objectively awful candidate, and he would have probably lost to anyone other than Clinton, whether it was Sanders, Joe Biden or Elizabeth Warren. But the experts underestimated just how disenchanted the public was with the status quo, and the party that relied so deeply on the expertise of technocrats and data specialists paid dearly for this.

On Tuesday, the White House announced that Brad Parscale, the digital media director of the 2016 Trump campaign, had been tapped to run the president’s 2020 reelection campaign. Thus, barring any unforeseeable changes over the next two years (e.g. impeachment, indictment, resignation, etc.), Donald Trump will be the GOP candidate once again in 2020. There is no doubt that the president will be in a weak position for reelection, and the 2018 midterm elections will give us an idea of just how weak his position will be. But if Trump could win in 2016, he can certainly win in 2020 — and if the Democrats choose to replay their 2016 strategy, the possibility of a two-term Trump presidency will only grow.