Looking down the barrel: The gun debate after the Florida Shooting 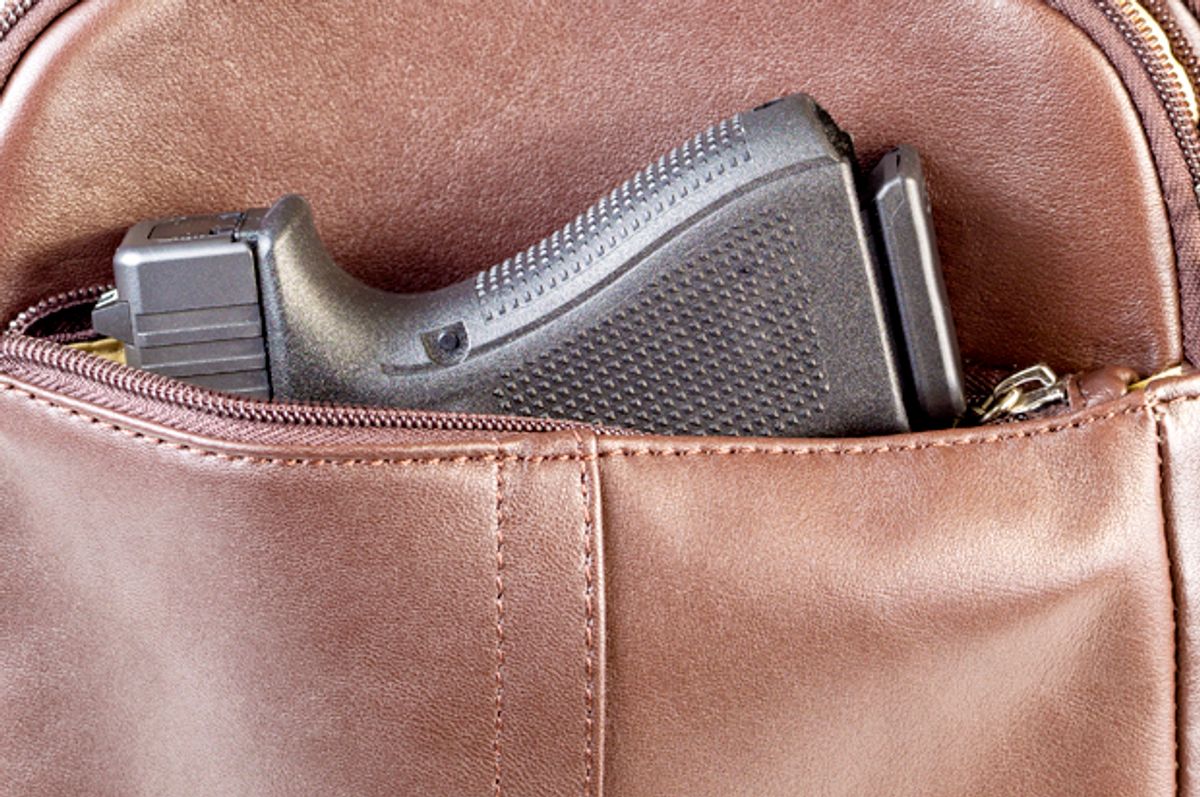 After the Valentine’s Day mass school shooting in Parkland, Florida, the 18th this year, the United States had to grapple with the aftermath once again. Appalachia experienced a high school shooting in January in Benton, Kentucky, mourning a loss of two students.

Given recent events, one could, sadly, concur with Albert Einstein that to expect different results while doing the same thing over and over again is, in fact, the definition of insanity.

During a roundtable at the White House on February 22, the majority of the participants thanked the President for what they saw as his strong leadership in the wake of tragedy. At the event, Kentucky State Police Commissioner Rick Sanders said he’s concerned with “what are we going to do now to protect our children. There’s going to be a lot of debate but I applaud you sir for having the courage to bring together law enforcement, mental health professionals and educators all sitting around this table deciding together what we need to do. [...] I think the gun violence restraining order is critically important and I also think that we, as law enforcement, we need to create a database [...] so we can take information we have and understood as maybe a threat and put that into a database, so that the FBI can share with local law enforcement and state police.”

Among the solutions proposed by Trump and some of the legislators are: banning bump stocks, arming school teachers, and raising the purchasing age for assault rifles.

The views of these proposals from educators and legislators in Appalachian states vary. Sam Brunett, President of the American Federation of Teachers of Monongalia County, WV, said in a phone interview that the last thing he wants, after 25 years of teaching at a high school, is to become a police officer.

As a representative of the Federation, he stated that his “personal opinion would coincide with the labor union’s opinion, which would be: teachers have enough to do, you know; then to also manage weaponry and ammunition in their classrooms… We’re not there for that, we’re there to educate kids.”

He did make a point of saying that he believes it would be a good idea to place additional police officers in schools in order to boost security.

Brunett, a lifelong hunter himself, didn’t want to speak for other teachers when it comes to the idea of banning assault rifles in general, but said that very few teachers, regardless of their views, see guns as “having any place on the school campuses whatsoever.”

“You know, anything that has AR in front of it means Assault Rifle, it’s not HR, which is a hunting rifle. Anything that has AR means you’re going to assault a human being. That’s my opinion, and the only people who should be assaulting human beings would be those in our armed forces, off of our country’s soil.”

(Editor's note: "AR" doesn't stand for "Assault Rifle." It stands for "ArmaLite Rifle," named after the company that developed the weapon.)

But there are opposite views among education professionals as well. Fred Kittle, a school board member from Bartow County in Georgia, also in attendance at the White House roundtable, is in favor of the President’s proposed solutions.

In an email exchange, Kittle pointed out that Georgia already allows school districts to choose if they want to train individuals to carry weapons on school grounds under the provisions of the Safe Carry Protection Act.

He said that if one of the two non-conservative board members were to lose his seat in the upcoming elections, a change in the policy allowing carrying rights to some employees might be in the works.

Kittle believes “The weapon used was a tool like the planes on 9/11, the truck with fertilizer in Oklahoma, the truck in New York, the bombs in Boston. Tools are not the biggest issue.” He’d much rather see issues such as mental health, radical faith, or parental drug abuse addressed first. He is not supportive of banning assault rifles, but would be willing to compromise on raising their purchasing age.

But there is a gentle breeze of hope for change in gun policy and our schools the air. The national media took notice of the outburst of activism among the students of Florida’s Douglas High School. The young boys and girls brutalized in the attack started a movement with hopes of forcing lawmakers in Florida and Washington to finally take action on gun violence.

Students held rallies, travelled to the Florida State Legislature (where lawmakers refused to even debate potential reform to the state gun laws) and will march in Washington, DC on March 23. When confronted by some of the survivors during a televised town hall meeting with constituents, Senator Marco Rubio of Florida, who has significant backing from the National Rifle Association, failed to support a ban on assault rifles. He also would not vow to reject further donations from the NRA, but did state publicly that he would support some stricter gun regulations.

President Trump finds himself in a new environment, in which he has to navigate the wishes of his radical base, the guarded interests of the NRA and his most loyal base and mounting pressure behind his own pledges to solve the problem.

Press reports suggest that Donald Trump shows an unprecedented eagerness to deliver a solution. In the days immediately following the shooting, he held a number of meetings. Raj Shah, White House Principal Deputy Press Secretary, called it a “listening phase.”

Quickly, however, it became clear that the Administration and the GOP was pushing to frame the discussion more around the idea of arming teachers and addressing what leaders perceive as a national mental health issue, rather than reassessing lax gun laws.

Sheriff McDonald from Henderson County in North Carolina said at the previously mentioned roundtable that he sees mental health as a national crisis, and one severely affecting North Carolina. He was also supportive of the idea of arming some school employees with concealed weapons.

“I wouldn't say that we are or aren't going to propose some things that is as specific as legislative language,” Deputy Press Secretary Shah stated at the press briefing after the roundtable. “But [President Trump] is going to come forward later on with something a little bit more concrete.” The comments from the administration left all in the room essentially clueless as to what the potential legislative proposals could look like, or when actual solutions could arrive.

As politicians were dispatched on the regular TV circuit, the public had an opportunity to hear a whole gamut of views. Senator Pat Toomey of Pennsylvania expressed his doubts regarding the purchasing age of assault rifles being raised on NBC’s Meet The Press: “I'm very skeptical about that. Because the vast majority of 18, 19, 20, 21 year olds are law abiding citizens who aren't a threat to anyone. So I'm skeptical about that. I'm willing to hear the other side on this, but I'm skeptical.”

At the White House, the “listening phase” continues, and we have yet to see a single legislative proposal. Meanwhile, the House and Senate seem divided along partisan lines, but also within their respective parties. The Florida shooting could potentially be the straw that broke the camel’s back.

At a bipartisan school safety meeting at the White House this past Wednesday, Trump directly questioned Sen. Toomey and Sen. Manchin of West Virginia on a bill they are co-sponsoring. When the President learned it doesn’t address the purchasing age of particular types of weapons, he responded by saying “You know why?  Because you're afraid of the NRA, right?”

Senate Majority Leader Mitch McConnell of Kentucky put a banking reform debate on the agenda for the upper house of Congress for the next week. A move that put a damper on hopes for passing at least some of the debated measures on gun safety revealed that there is a significant gap between Republican President’s leadership on the issue and GOP’s willingness to act.