"Mister Rogers: It's You I Like": a special, with feeling

PBS's star-studded yet intimate tribute to Fred Rogers is an experience, not merely a distraction 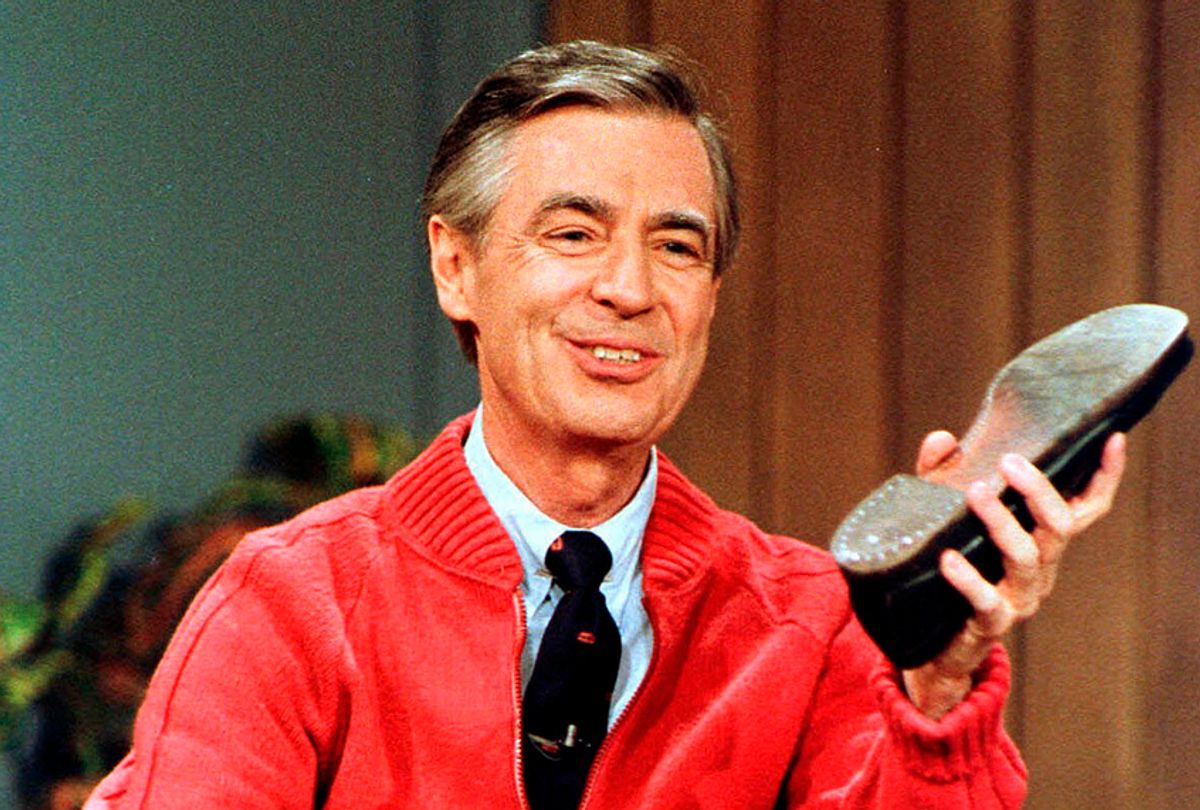 One heartening accompaniment to the recent flood of interest in the iconic children’s TV series “Mister Rogers’ Neighborhood” is the perceptible surge of enduring affection for its host, the late and still beloved Fred Rogers. The series celebrated the 50th anniversary of its first broadcast on national public television February 19, and pop culture loves an anniversary. But for many reasons, this marker felt different.

Part of that is due to a matter of timing. The show’s anniversary coincided with a harrowing time in the United States, only days after the school shooting in Parkland, Fla. That tragedy that would have struck Rogers to the core. A Presbyterian minister, Rogers was decidedly peace-loving and, more than this, he was a champion of children’s psychological and emotional health.  He cared deeply about his audience, and he took his charge as a children’s television programmer very seriously.

Faithful viewers of “Mister Rogers’ Neighborhood” during any of its 31 seasons are bound to harbor profound feelings about Rogers himself. Awareness and validation of feelings was the core mission of “Mister Rogers’ Neighborhood,” but an auxiliary result of succeeding at it is that several generations of American viewers came to view him as something of a vicarious parental figure.

“He was such a good communicator, like really drilling down to the really simple and important ideas that transcend a fashion and a TV style,” explained Ellen Doherty, executive producer of  “Mister Rogers: It’s You I Like,” a special premiering Tuesday on PBS member stations. “Just really talking to camera and saying, ‘you know, people can like you just the way that you are.’ And I think that's why the show really resonates so much, and why people really respond to it now, as grown-ups, either with or without kids. The messages are so profound in a lot of ways, and really thought provoking.”

This also explains “Mister Rogers: It’s You I Like” feels very different from other TV anniversary celebrations. The hour-long “It’s You I Like” has the usual bells and whistles, such as the most memorable footage culled from more than three decades of the series, and an impressive roster of celebrities singing the praises of Rogers and the show itself. Its producers also landed Michael Keaton to host.

But the stars appearing in “It’s You I Like” aren’t there to regale us with expert takes as to what it all means or share behind-the-scenes dish. Even Keaton, who worked on the production side of “Mister Rogers’” early in his career (as a stagehand, he operated the trolley to the Neighborhood of Make-Believe), offers little in the way of industry context as he bridges one segment to the next. Here, just like everyone other celebrity appearing in the special, and all of the kids and secretly childlike watching at home, Keaton is paying tribute as a fan.

The first time we see John Lithgow, for example, we watch him watching a segment on featuring Tony Bennett singing “It’s You I Like” at Lady Elaine Fairchilde’s Museum Go-Round television studio in the Neighborhood of Make-Believe. More specifically, we see Lithgow take in the sight as a kind smile breaks across his face.

He shares his thoughts about watching that moment with his three-year old son, and what that song is about, but it’s Lithgow’s gentle smile that leads. We’re watching and smiling along too.

Nicholas Ma, who appears in “It’s You I Like” as an interview subject as well as in archival footage featuring him performing with his father Yo-Yo Ma, is similarly reflective in a recent phone conversation. “Fred was a hero for me long before I met him,” he said. It’s almost unnerving when you finally meet someone like that in person, you know. You don't quite know what to expect.”

What he recalled of Rogers, Ma said, is that “Fred was one of those people who is so generous in the way that he meets people. He sort of lets them come to him either with reckless abandon or without hesitation in fits and starts. And I remember that generosity very clearly from when I was a child.”

The experience, seen in part in “It’s You I Like,” stayed with Ma through his adulthood. He’s co-producing the soon-to-be released documentary “Won’t You Be My Neighbor?” alongside Morgan Neville and Caryn Capotosto.

“It’s You I Like” gently moves along in this way, riding the gentle current of memory and appreciating Rogers as a guide as opposed to a groundbreaking TV personality. He was both, as we know, and his role in establishing a framework for arguing for the continued necessity of public television has made him enough of a folk hero to inspire an upcoming movie starring Tom Hanks, and a recently aired “Drunk History” segment in which Rogers was played by Hanks’ son Colin.

Rogers created “Mister Rogers’ Neighborhood,” which was in production between 1968 and 2001, as a nourishing alternative to the empty silliness of most children’s television — a means of shaping the interior world of children’s feelings. In doing so, he helped to guide them into taking personal responsibility over their actions and reactions. To watch classic “Mister Rogers’ Neighborhood” episodes is to marvel at the timelessness of his appeal and message, and the simplicity of his approach. The set wasn’t fancy, and even well into its final years its sustained frugality somehow made what Rogers did more accessible and relatable to the kids watching at home (Rogers died in 2003 at the age of 74).

“It’s You I Like,” in the way of the show it celebrates, probably won’t influence many future TV retrospectives. Not many shows proudly wear their hearts on cardigan sleeves like “Mister Rogers’ Neighborhood” does.

By leading with the warmth of shared memory and endearment, producers JoAnn Young and John Paulson mold “It’s You I Like” into experiential viewing that emphasizes intimacy.  The special includes  interviews with “Mister Rogers’ Neighborhood” cast members Joe Negri and David Newell (aka Mr. McFeely, the “Speedy Delivery” postman) as well as Rogers’ widow Joanne. More people are bound to tune in to see what famous “Mister Rogers’” fans such as Sarah Silverman, Judd Apatow, Esperanza Spalding, Ma and his father Yo-Yo Ma, who appeared on the original show, have to say. That’s the primary role of star cameos in retrospectives like these, to attract viewers.

But to see, say, Silverman’s innocent glee and wonder at watching an episode segment featuring a cat giving birth mirrors our own awe at that memory. Most broadcast programming for young children airing today wouldn’t dare to show such a thing. That’s why watching “It’s You I Like,” and the series it celebrates, never gets old.