An America that eats its young 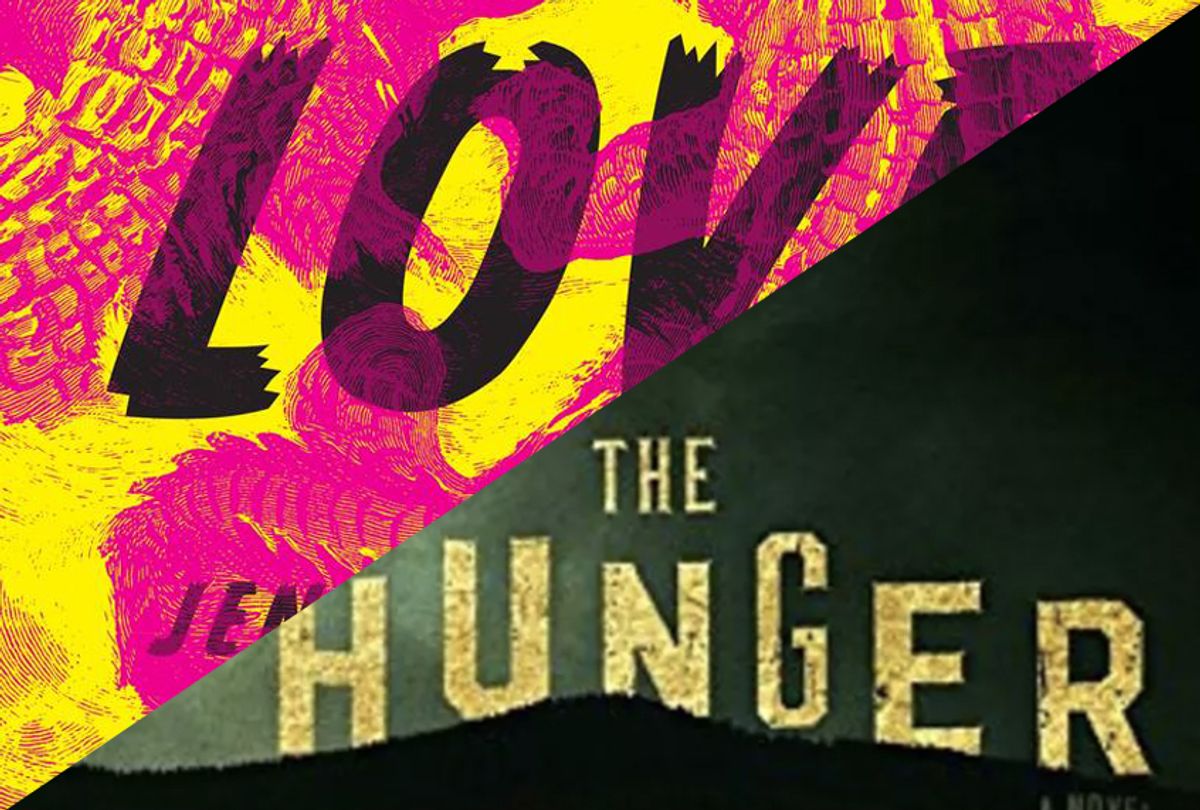 “When a man gives his woman a gun it’s because he really trusts her,” Jennifer Clement writes in her enthralling new novel “Gun Love.” It’s startling to think of the gun as romantic gesture in a moment when, after the latest grisly mass shooting of children, the country seems finally on the verge of disenchantment with its weapons, but it’s also impossible to come away from “Gun Love” with a single understanding of the role guns play in our lives. Through a memorable coming-of-age story set in America’s margins, Clement makes all of these things true at once: A gun is a valentine, a secret-bearer, a penitent, a world destroyer, an exposed belly, an insurance policy, a sudden act of God. “In our part of Florida,” says narrator Pearl, who lives with her luminous young mother Margot in a 1994 Mercury Topaz in the visitors’ lot of the Indian Waters Trailer Park, “things were always being gifted a bullet just for the sake of it.”

Margot had Pearl in secret, a teen pregnancy hidden from her violent father, and lit out one day with a trunk loaded with the detritus of her wealthy upbringing and a plan to stay hidden in plain sight. They landed outside the Central Florida trailer park, bordered by a garbage dump and an alligator-infested river, for 14 years, eating peanut butter sandwiches off Limoges plates in the orbit of a tiny cast of broke-down eccentrics: An amputee war vet, a corrupt preacher, a Selena super fan, a woman who buries Barbies in the ground like a plastic garden. Mother and daughter are rare originals in an ugly world, Pearl as sharp and tart as sugar-spun Margot — “full of birthday-candle wishes,” she who plays Mozart silently on the dashboard of the car — is sweet. Pearl dreams of furniture; Margot of a future she can fall in love with, somewhere more hopeful to go every day than the veterans’ hospital where she works as a custodian. Like the pair of conjoined baby alligators that meet a violent end in the opening of the story, Pearl and her mother are entwined strange beauties, delicate and otherworldly, endangered from the start.

Like Pearl, more than 1.5 million kids in this country live in families without a home, and those families are more likely than not to be led by a single mother in her twenties, like Margot. In a country of abundance, this is a kind of violence. An overwhelming majority of homeless mothers with children have experienced domestic violence, as Margot did, and they are punished for surviving it through stigma, social and institutional, levied at those without a home. This is the radical resistance of “Gun Love”: Clement pushes back at entrenched assumptions that a homeless single mother and her daughter wouldn’t lead nuanced and imaginative interior lives; that a family like theirs wouldn’t be as worth preserving; that poverty and willful ignorance necessarily go hand-in-hand.

The black market running through her extended trailer-park family reveals its full dark potential one afternoon to Pearl, and her future takes a sharp turn. But in the aftermath of that day, she finds her capacity for love — the inheritance Margot created for her in the Mercury, the one that can never be sold off — will be as vital to her survival as any self-defense instincts.

If "Gun Love" is a poetic indie film-style exploration of America's legacy of violence, Alma Katsu's new book "The Hunger" — an "Oregon Trail"-meets-“The Walking Dead” novelization of the doomed Donner-Reed Party — is its blockbuster cousin. One is historical fiction with a supernatural twist, the other a poetic coming-of-age tale in a state already too weird to need a fantasy injection. But in a time when stricter gun laws feel at last like a possibility — or at least the subject of a viable debate — it’s hard not to see the deep, tangled roots of our troubled romance with violence, and the lessons we’ve refused to learn from it, everywhere.

What everyone knows about the party of settlers that set out for California in 1846 is that most didn’t survive the journey, and some ate the others to stay alive. It’s a minor tale in the American story of westward expansion, enlarged by its gruesome details. Twin questions swirl around the Donner expedition, a group of seemingly normal Midwesterners warped by circumstance and the elements into a grotesque horror-show by the end. How could they? And could you? What capacity for disturbing violence, of abandoning a central tenet of our very humanity, lies in each of us? And where did it come from?

Katsu, author of “The Taker” trilogy and a former CIA analyst, attempts an answer to those questions that at first glance feels reassuring, but upon further contemplation brims with existential dread. Known for flavoring her literary page-turners with the supernatural, in this novel she combines meticulous historical research and a keen understanding of human nature with a monstrous original metaphor to reimagine the ill-fated Donner-Reed party as a haunted endeavor, doomed from its first mile.

Told through the points of view of several key members of the expedition, “The Hunger” reconstructs the covered wagon train as it moves west from Illinois to California, where the settlers, delayed and waylaid for a number of reasons, end up stranded on an experimental pass through the Sierra Nevada range without enough provisions to survive the brutal winter. A child goes missing early in the book, and is found ravaged, as if torn apart by something wild. As the families travel across punishing landscapes of prairie, desert and mountain, the wild game they expect to find along the way proves elusive, as if something ravenous has been hunting alongside them, depleting the land of its natural food sources. Are they being stalked by a pack of wolves? Or is it something else?

On the trail, the pioneers quarrel, form factions, fall in love, betray each other, and struggle to stay alive and intact as the elements, the mysterious predators and the worst sides of human nature take their toll. It’s a gritty survivalist drama sprinkled with class (and sexual) tensions and fueled by the danger that stalks the beleaguered party at every turn, plus the promise of cannibalism — that would be rich storytelling material all on its own. (Of course the film is already on its way.) But monster tales tell us about what we’re really afraid of now, and the supernatural myth Katsu weaves around this historical blip suggests it is the very neighbors we also depend on for community and survival — their appetite for acquisition, their selfishness, their indulgent ignorance, their ability to ignore the horrors happening right under their noses until it’s too late.

Not that we didn’t know this — Americans are more divided than at any time since the Civil War, after all. But “The Hunger” exposes our innate and seemingly limitless capacity for violence as a thing Americans literally spread across the country, a rotten Manifest Destiny of the soul. It's somewhat heartening that Katsu, through a wildly different kind of story, draws a similar conclusion to Clement: maybe it’s not an unshakable curse. Maybe we can find a way to survive ourselves.