The beloved idiom indicating mayhem and collapse enters the lexicon 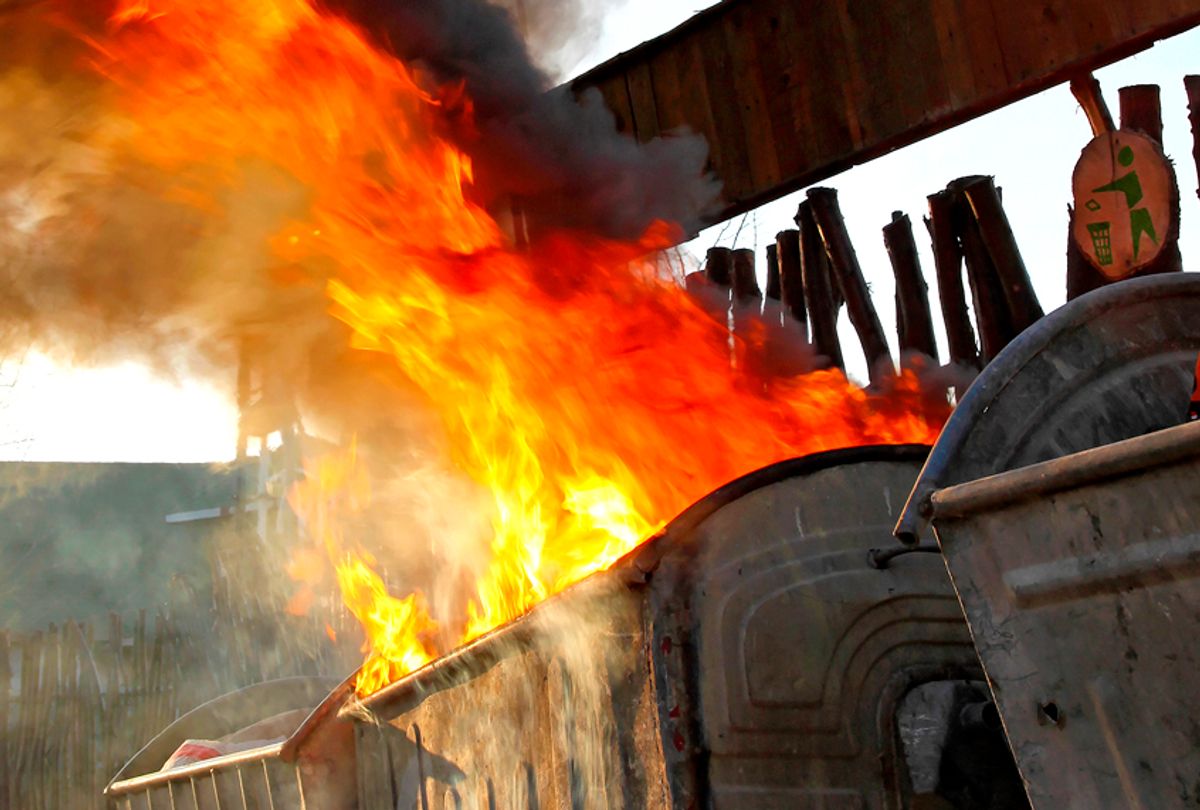 History will judge each era by the language it embraced. And does anybody even need to tell you that we are living in the age of "dumpster fire"?

The handy-for-literally-everything-right-now phrase officially scorched its way into Merriam-Webster this week, joining 849 other concepts we'd like to burn down, including "mansplain," "hate-watch," "embiggen," "glamping" and "subtweet." Intriguingly, "narcissistic personality disorder" is also making its debut. (That, by the way, was a variation of a subtweet.)

Long ago, when dumpster fires were rarely seen outside of actual giant containers of flaming garbage, "Dumpster" was a trademarked brand name, like escalator and aspirin. In news bureaus across the land, copy editors slammed their fists on desks and growled, "I SAID IT STAYS CAPITALIZED AND THAT'S FINAL." Like escalators and aspirin, however, the dumpster fire's popularity soon outgrew its vernacular constraints.

"If a word is frequently used enough by some people, it has to be placed into a reference for all people," Merriam-Webster editor-at-large Peter Sokolowski told NPR Tuesday. So congratulations, everybody. Today, freed from all its prior ties and legitimized in dictionary form, the only limit "dumpster fire" faces is that is already feels a little . . . 2016. It's not so much that things are better; it's more that the image of a dumpster implies containment and the possibility of extinguishment. Today, everything is ablaze. And anyone who can successfully avoid the daily dumpster fires has got to feel like, to coin a few other newly minted Merriam-Webster phrases, they've mastered a self-care life hack.