In another example of blue states using states' rights arguments, Washington scores a victory for consumers 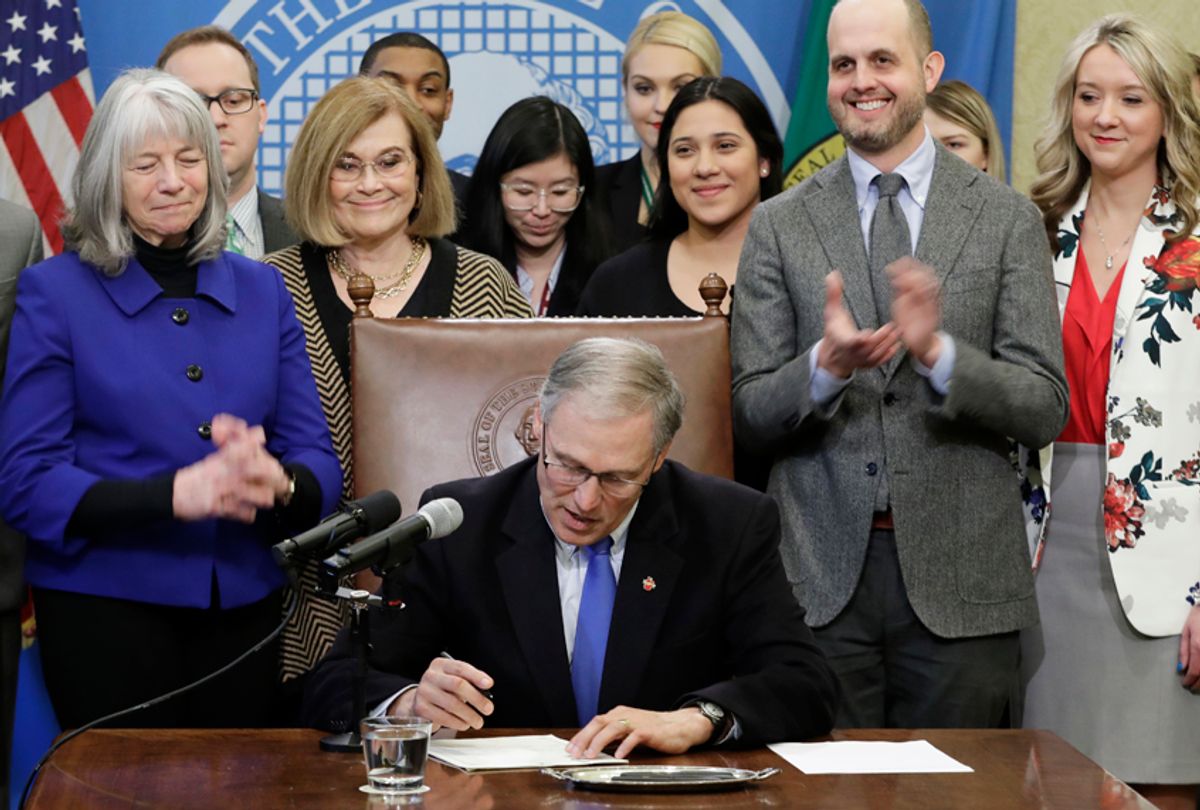 Governor Jay Inslee, D-Wash., signed a bill today that made Washington the first state to pass a law to protect net neutrality. The move was seen as a response to the Federal Communications Commission's wildly unpopular decision to scrap net neutrality laws late last year.

The new law marks an intriguing political reversal in recent years, as liberal states begin to use states' rights to progressive ends. Historically, the doctrine of states' rights — the anti-federalist notion that states have a high degree of sovereignty, one that may even snub federal law — was generally an ideological staple of the American right. The states' rights argument was used to argue in favor of Southern states retaining legalized slavery and, later, Jim Crow laws. "For decades, 'states' rights advocates' invoked the vertical separation of powers to help them subjugate blacks," Conor Friedersdorf wrote in The Atlantic.

Yet starting in the 2010s, an increasing number of blue states and socially libertarian states, largely in the west coast, began to legalize marijuana for recreational use — a decision that explicitly violates federal law.

The federal government tolerating said states' right to tax, sell and regulate recreational marijuana constitutes a de facto endorsement of the states' rights view that states can pass legislation that tiptoes around federal law. This was the position under Obama: The administration largely turned a blind eye towards states' recreational marijuana laws, though it remained illegal on the federal level.

Now, intriguingly, the net neutrality law in Washington state represents another potential win for liberals using states' rights to justify bucking federal rules — provided the federal government doesn't swoop in to stop it. For what it's worth, Gov. Inslee is aware of the role reversal here; in an interview this morning, Monica Nickelsburg of GeekWire asked Inslee of Washington's role in the burgeoning liberal states' rights movement. "A role-reversal seems to be occurring where the Democratic establishment is trying to empower state and city governments, in defiance of the federal government... Is Washington at the forefront of that?" Nickelsburg asked Inslee. Inslee replied:

"Oh, we’re active. We’re resolute. We’re undaunted. We’re un-intimidated. Because of that, we frequently find ourselves in the van of this effort but I’m not alone. There’s a lot of governors, a lot of people across the country that are resisting in many ways, the depredations of this administration, and I’m glad to have an alliance in many ways. [...] We have many people who are acting on — or several governors who’ve acted on — executive orders on net neutrality. [...]We have a lot of states and governors who are joining me in an effort to stop the president’s discrimination and the immigration policies so, we’re not alone, but we certainly are the first here, I will say that. We get the gold medal here."

During the debate over the federal repeal of net neutrality, it was widely reported that internet service providers (who largely lobbied for net neutrality to end) wanted FCC chairman Ajit Pai to enforce a policy of "preemption," that would prevent states from passing laws like Washington's that would enforce net neutrality on a statewide basis. "Ajit Pai has claimed the authority to preempt states and municipalities from imposing laws similar to the net neutrality rules his FCC is getting rid of," Jon Brodkin wrote in Ars Technica. "ISPs that sue states to block net neutrality laws will surely seize on the FCC's repeal and preemption order."