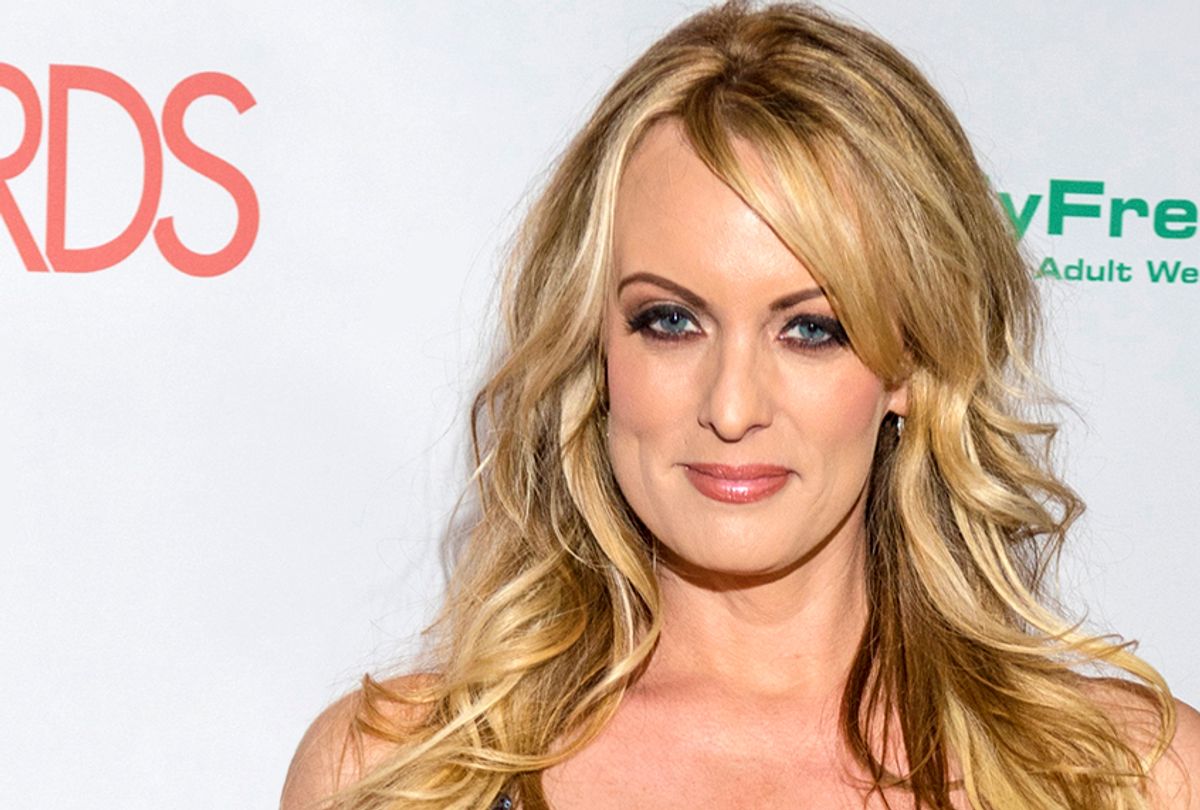 Adult film star and director Stormy Daniels filed a lawsuit against President Donald Trump on Tuesday, alleging that the nondisclosure agreement that was given to her after the two had intimate relations was invalid — and basically opening the door for all to be revealed.

Daniels — born Stephanie Clifford — is alleging that Michael Cohen, President Donald Trump's personal attorney, paid her $130,000 in "hush money" to sign the agreement, which was signed by her and Trump's attorney but never by Trump himself, according to NBC News. The agreement, and a side letter agreement, were both signed by Daniels and Cohen on Oct. 28, 2016, only days prior to the presidential election. Trump has not publicly acknowledged the alleged affair, or the agreement.

The civil suit was filed in Los Angeles Superior Court, and Daniels, along with her attorney, Michael Avenatti, has requested that since the two documents weren't signed by Trump, they "were never formed, and therefore do not exist, because, among other things, Mr. Trump never signed the agreements," NBC reported.

"In the alternative, Plaintiff seeks an order of this Court declaring that the agreements in the forms set out in Exhibits 1 and 2 are invalid, unenforceable, and/or void under the doctrine of unconscionability," the lawsuit said.

In the lawsuit, Trump was under the alias, "David Dennison," and Daniels was in the agreement as "Peggy Peterson," NBC reported. The lawsuit also alleged Daniels and Trump had a relationship that lasted from the middle of 2006 to "well into the year 2007."

"To be clear, the attempts to intimidate Ms. Clifford into silence and 'shut her up' in order to 'protect Mr. Trump' continue unabated," the lawsuit said, according to NBC. "On or about February 27, 2018, Mr. Trump's attorney Mr. Cohen surreptitiously initiated a bogus arbitration proceeding against Ms. Clifford in Los Angeles."

On Wednesday morning, Avenatti was featured on the "Today Show" and defended Daniels, saying, "She believes she's free to talk."