Colbert brings out "God" to convince Oprah to run for president

Looking for a sign from the Lord to run for office, Oprah found what she needed on the "Late Show" 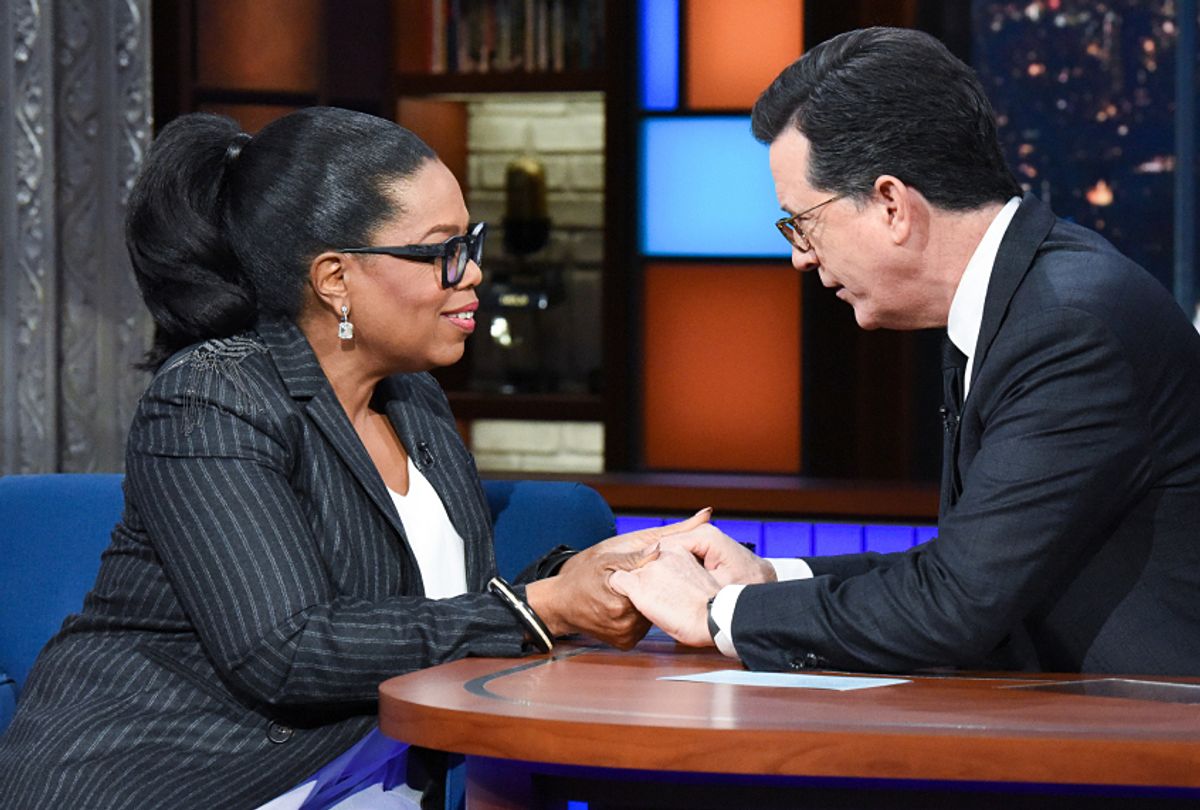 Oprah Winfrey was searching for a sign from God, and Stephen Colbert delivered.

On Tuesday's "Late Show," the late-night comedian told Oprah that there are a lot of people who would like to see her run for president in 2020, and the crowd erupted.

"I feel humbled and honored by that," Winfrey said in response. She explained, as she had in recent weeks, that she needed a sign from God, "I would know it."

Colbert noted that Winfrey recently told "People" she needed a "clear" sign from God in order to make a bid for the White House. "So, have you had any signs at all?" Colbert asked.

"Not one," Winfrey confidently replied.

As soon as Colbert said, "I guess that settles it," a deep voice from above called out.

"Oh, hey!" Colbert exclaimed. He apologized to Winfrey and said that God came to visit the show sometimes and is a "huge fan."

"Can I help you, Lord? I'm kind of in the middle of talking to somebody important," Colbert asked.

The "Late Show" God said he was a huge fan of Winfrey's and was shocked to hear she was a fan of his too.

But the so-called God brought a message for Winfrey that was clear as day, and he held up a sign that read "run."

When Winfrey jokingly said she would be sure to add that to her workout regimen, he made it even clearer and returned with hats and shirts that read, "Oprah 2020."