Instead of making guns harder to get, Maine Republican wants school shooting victims to get creative 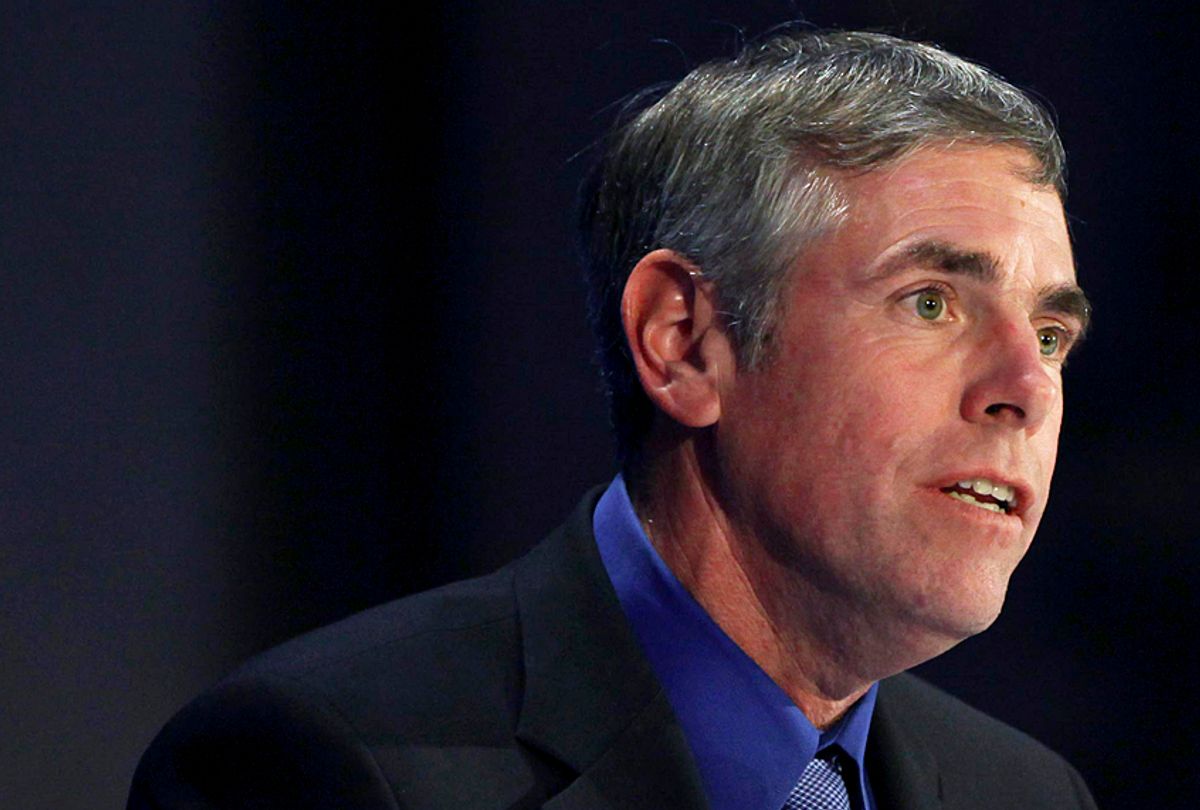 Shawn Moody, a Republican candidate for governor in the state of Maine, doesn't have much to say about the debate over new gun control legislation, but he does appear to believe that fire extinguishers could be part of the solution.

In a Monday radio interview, Moody, one of five declared GOP candidates vying to succeed controversial Governor Paul LePage, advised teachers to utilize the "commonsense" idea of taking out a fire extinguisher device if they ever are in a school shooting situation.

"When you think about commonsense things, practical things we could do like, right now, there are fire extinguishers, dry chemical fire extinguishers in every commercial building, school, almost within a hundred feet of wherever you are," Moody told local radio host Ric Tyler.

He continued: "And a fire extinguisher can be a great deterrent if somebody gets out of control, or somebody, if anything happens, a teacher, anybody, can break that glass, set the alarm off, grab that chemical fire extinguisher and spray it towards somebody. And I’ll tell you right now that could put them to their knees."

Moody's advice appears to be his most extensive public statement about gun safety. He declined to answer specific written questions sent to him by the Portland Press Herald, making him the sole Republican or Democratic candidate to refuse.

Instead of responding to the questions, Moody's campaign released a statement which seemingly indicates that he opposes new restrictions on the sale or ownership of firearms:

"As governor, Shawn will always support our constitutional 2nd Amendment rights. There are thousands and thousands of peaceful gun owners in Maine, and Maine has a long history of responsible firearms ownership and safety. Shawn advocates for a Community Resource Officer in all of our schools and encourages everyone if they see something, say something. That’s action we can take right now regarding the behavioral issues leading up to violence in our schools and communities," the statement read.

According to the Lewiston Sun Journal, the fire extinguisher comment drew mockery and ridicule among state Republicans. Some even began circulating a meme of a woman putting out a kitchen fire that was labeled "Shawn Moody’s AR-15 defense system."

Democrats joined in the criticism as well.

"A fire extinguisher is an effective tool for stopping a small fire -- not for stopping a hail of deadly bullets sprayed out of an assault weapon," Maine Democratic Party Chairman Phil Bartlett said. "This is not at all the type of serious leadership that Mainers are looking for in their next governor."

"Moody's preposterous suggestion that fire extinguishers can stop our nation’s epidemic of gun violence shows that he is not the serious leader Mainers deserve," DGA Communications Director Jared Leopold said. "After 8 years of Governor LePage's over the top rhetoric and failure to address the real problems plaguing the state, Maine voters are ready for a thoughtful leader with real solutions—not more of the same LePage policies."

While there have been no relevant public opinion polls released about the Maine gubernatorial race, Moody is well-connected within the state GOP's conservative wing. He was appointed in 2014 to Maine's higher education commissions by LePage. The current governor's daughter, Lauren LePage, is Moody's press spokesperson.

Moody also appears to share at least one political consultant in common with the governor. On Tuesday, GOP adviser Brent Littlefield was one of the few people defending Moody on Twitter. He did so by repeatedly posting links to a safety video prepared by the Los Angeles County Sheriff's office which did mention that a fire suppression device could be used to stop an assailant.