After years of stagnation, smartphones are being reinvented 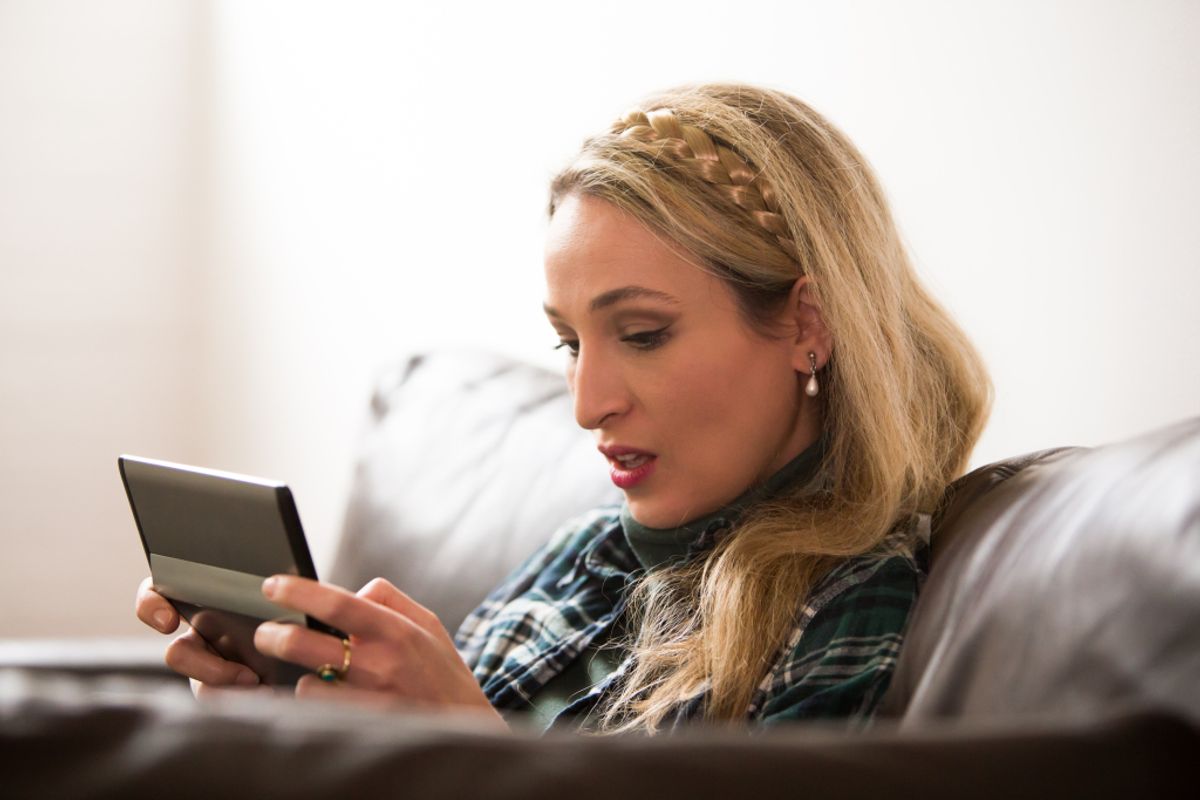 The new Gemini smartphone from Planet Computers is updating the classic PDA design for the 21st century. (Pietro Cardoso)
--

There’s no doubt that today’s smartphones are faster than ever, but in terms of design, little has changed in years. Visually, about the only real differences between the original Samsung Galaxy Note and the current Note 8 is that the newer phone is bigger and doesn’t have physical buttons on the front. You could say the same of the glass and metal slabs offered by the Korean giant’s competitors as well.

In Apple’s case, the company's “innovation” beyond making bigger devices and removing physical buttons has been negative. You can no longer use a high-end or even medium-tier iPhone with corded headphones unless you want to carry around an easily misplaced adapter. And if you want the latest and greatest iPhone X, you have to put up with an unsightly cutout at the top of the display (one that Apple is rumored to be ditching next year).

Some people might cite such features as fingerprint readers, wireless charging, and three-dimensional cameras as proof that innovation is still happening in the smartphone space. But that’s simply inaccurate. All of those technologies have been around for some time. Toshiba released a smartphone with a fingerprint sensor in 2007. That was also the same year that Samsung came out with the first dual-camera phone designed to capture 3D images. As for wireless charging, the Palm Pre had that in 2009, along with a curved display. Even the iPhone’s original claim to fame, a capacitative screen that could be used with a finger, was demoed in the 1990s by Sun Microsystems.

There’s no way around the point that differentiation and innovation in the smartphone space mostly ended after the iPhone’s silky-smooth operation, great web browsing, and app ecosystem had customers of Microsoft, Research in Motion, and Nokia heading for the exits beginning in 2007. As their mobile offerings collapsed or never even got off the ground — the original version of Google’s Android was designed to mimic BlackBerry and Windows Mobile phones — everyone in the business soon began copying Apple and churning out slab phones.

Even Apple has settled into the same rut. Some former Apple employees are even starting to admit that the company is more interested in profits than in creating the “insanely great” things that co-founder Steve Jobs continually strove for through a multi-disciplinary approach that encouraged employees to compete with each other.

Instead, according to Bob Burrough, a former Apple engineer who was part of the original teams that created the iPhone and iPad, Apple under CEO Tim Cook has turned into a “boring operations company” that focuses more on money than on innovation.

“At Apple in 2007, organizationally it was the wild west,” he told CNBC last year. “I was hired under a particular manager, but for the first two years worked on projects that had virtually nothing to do with that manager’s core responsibility. That’s because the organization wasn’t the priority, the projects were the priority.”

“It was the exact opposite of ‘not my job,'” Burrough continued. “It was ‘I’m here to solve whatever problems I can, irrespective of my role, my title, or to whom I report.’ It was wild. But it was also very rewarding, because everything you did had maximal impact on the product.”

It’s taken a while but even consumers appear to have noticed the smartphone stagnation. The technology industry analysis firm Gartner reported last month that smartphone sales declined for the first time ever in the fourth quarter of 2017.  In 2013, consumers in the United Kingdom bought a new phone on average every 20 months. Now, it’s 29 months, according to a Guardian report.

The smartphone industry is in desperate need of a shakeup. With tech giants like Samsung and Apple more interested in maximizing profit through minimal risk-taking, it’s smaller companies who are now coming forward to do what the big guys won’t. As it turns out, doing something different nowadays involves resurrecting some of the amazing designs that were once commonplace before boring slabs took over the world.

What was “wrong” with these pre-slab devices wasn’t their hardware designs, it was their software.

One such company is a British firm called Planet Computers which has revived the long-dead “palmtop” form factor that was common among technophiles in the late 1990s, a category that includes such devices as the HP Jornadas or the Psion Series 5. The concept survived into the 2000s under the Nokia Communicator line until it, too, was displaced by the slab phone.

“The mini-laptop series was too clever, too soon,” Engadget managing editor James Trew noted last month. “The average user wasn’t ready for what the Communicator offered back then.”

Thanks to a wildly successful Indiegogo campaign, programmers, authors, and journalists who want to be productive anywhere can do so once again with Planet Computers’ new Gemini smartphone. Designed in part by the original Psion Series 5 engineer, the Gemini is an update of the original palmtops but with the modern benefits of 4G networking, a modern microprocessor, and either Android or mainstream Linux software.

Considering how enormously influential that Nokia was in creating the smartphone industry, it’s no surprise that a startup company called HMD Global that licensed the Nokia brand would also be involved.

While HMD has been churning out Android slabs like everyone else has, the company has also placed significant effort into reviving interest in “dumbphones,” or what the industry calls "feature phones." The company’s updated version of the iconic 3310 has generated enormous interest worldwide and enabled the Nokia brand to go from essentially no sales worldwide into the top ten last year. HMD is hoping to follow up on that success with a new version of the 8110, the phone made famous in “The Matrix” for its pop-out keypad which was also known for its distinctive banana shape.

Nostalgia certainly is playing a role in the success of these modern takes on classic designs — but at the same time, it’s true that in much of the developing world, where having regular electrical power is often a challenge, thousands of apps and the latest cameras are simply of no use, especially when an iPhone costs more than what many people make in an entire year. It’s no surprise that India has been the key to the Nokia resurgence.

But even in the industrialized world, there’s a growing movement pushing back against the phone slab in the opposite direction: minimalism.

“We’re not necessarily looking at our phone in long chunks of time. You’re looking at Twitter for, like, 20 seconds, then turning to Instagram. But at the same time, when you’re doing that, you’re not engaging in the world you’re living in. If a man in a gorilla suit walked past you, you probably wouldn’t see him. But that doesn’t mean you’re focusing on the phone — you’re flipping between things really quickly. You get better at scanning but not focusing on anything in depth,” author and Salon contributor Catherine Price told Vox in an insightful interview last month about her new book How to Break Up With Your Phone.

At the same time, however, today’s highly connected world means that completely unplugging while on the go isn’t possible for many people. That’s the idea behind the Light Phone 2, a new device that has raised nearly $800,000 on Indiegogo which offers an e-ink display and the promise that it’s “designed to be used as little as possible.”

After years of stagnation, the phone industry is finally abuzz with new ideas. The dollar amounts involved are still too small for the likes of Apple or Samsung to pay attention. But in a world where manufacturing costs have plummeted, people who want smartphones that are actually useful can finally get what we want.