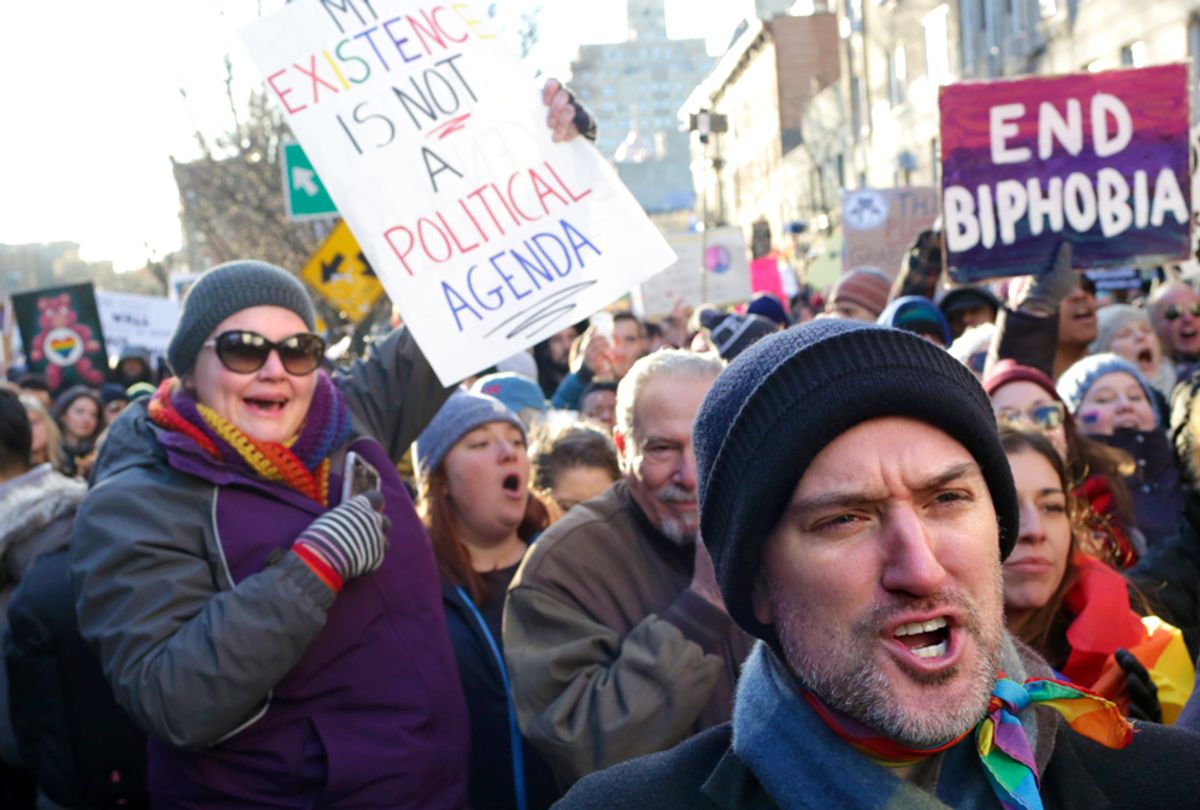 When Donald Trump was elected in 2016, many individuals in the LGBT community were concerned that his victory would empower anti-LGBT bigots to codify their prejudices into law.

That fear is now in danger of being realized.

On Thursday Sen. Mike Lee, R-Utah, introduced the First Amendment Defense Act (FADA), a bill that, if passed, would make it legal for private individuals and businesses to discriminate against LGBT Americans by citing religious objections. It's a bill that was first introduced in 2015 and which both Lee and Rep. Raúl Labrador, R-Idaho, said they planned on reintroducing as far back as early last year.

The proposed law stipulates that the Federal Government cannot penalize through "discriminatory action" any individual who "speaks, or acts, in accordance with a sincerely held religious belief or moral conviction that marriage is or should be recognized as a union of one man and one woman, or two individuals as recognized under Federal law, or that sexual relationship outside marriage are improper."

Critics of this law are concerned that, if passed, it would encourage businesses and other for-profit institutions to discriminate against the LGBT community or even heterosexual couples that have sex out of wedlock.

This isn't the first time since the start of 2018 that Republicans have tried to push through laws which would make it easier to persecute sexual minorities.

The PROSPER Act, which seeks to reauthorize and amend the 1965 Higher Education Act, included a provision that would specifically tailor FADA to allow institutions of higher education to engage in anti-LGBT discrimination, according to NBC News.