Many TV ideas deemed tasteless in 2006 get greenlit in 2018. O.J.'s allegedly "lost" Fox special is no different 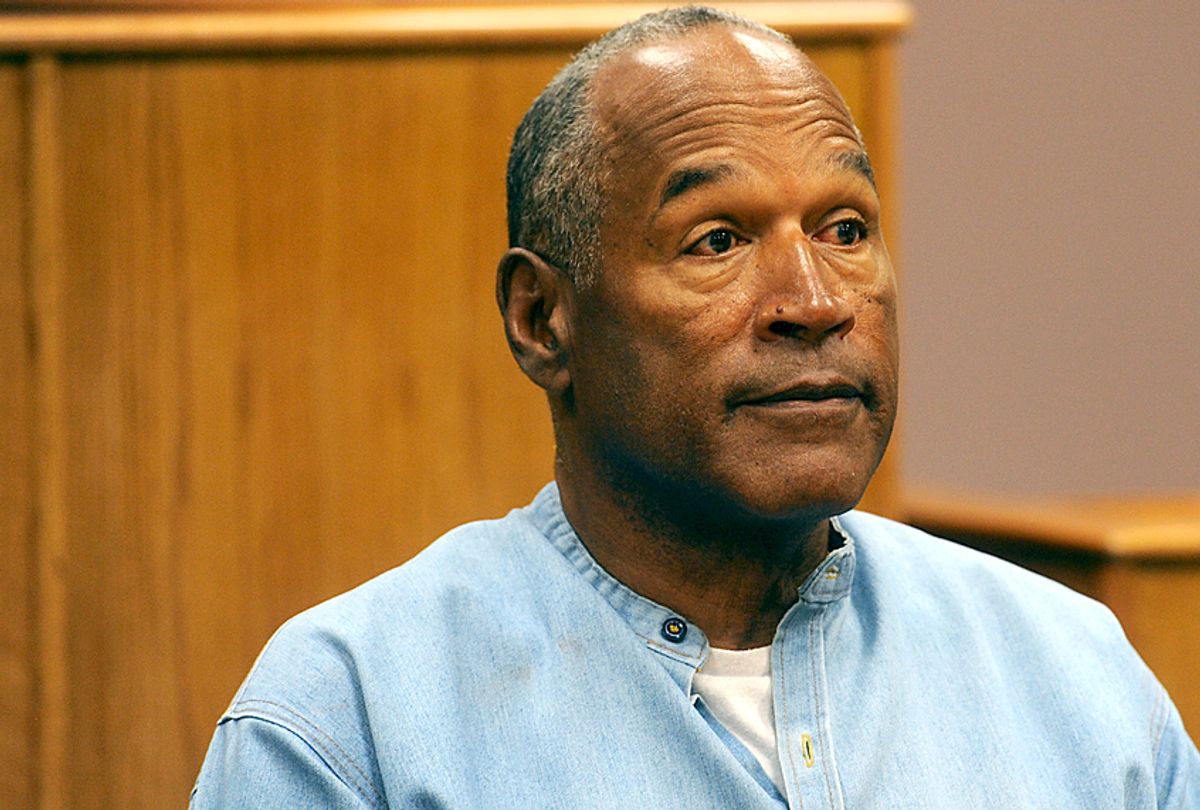 It’s a miracle. More than 11 years after it was shelved, Fox is finally airing O.J Simpson’s 2006 interview with Judith Regan — just in time to siphon off viewers from ABC’s revival of “American Idol.” To think, if nobody had stumbled upon the tapes — found languishing in a box on the Fox lot, according to an IndieWire report — we might never have gotten to see Simpson’s creative musings on how the murder of his ex-wife Nicole Brown Simpson might have happened.

But somebody excavated this piece of misplaced arcana, and lo, now we’re getting “O.J. Simpson: The Lost Confession?” airing Sunday at 8 p.m. on Fox.  The network’s press release colorfully describes the two-hour special as a chance to witness a 2006-era Simpson offering “a detailed — and disturbing — description of what might have happened on that fateful night of June 12, 1994.”

Former CNN reporter Soledad O’Brien, who covered the Simpson case and trial extensively, hosts the special. In a tweet that posted on Wednesday O’Brien characterized her work on the special as the “most bizarre and insane interview I've ever been a part of.” She’s likely to have plenty of insight to offer, having recently hosted and executive produced a “Mysteries & Scandals” episode on the disgraced athlete, who was exonerated from the charges of murdering Brown Simpson and Ronald Goldman in 1995.

In the year following the controversy, Nevada prosecutors hit Simpson with multiple criminal charges including kidnapping, robbery, burglary, assault, and conspiracy- and weapons-related counts, related to his role in a sports memorabilia heist that took place at a Las Vegas casino. He was found guilty in 2008 of those crimes, receiving a sentence of 33 years in prison.

Five months ago, on October 1, 2017, Simpson was released on parole. Footage of his emergence from prison showed the one-time NFL legend, Hertz spokesperson and movie star as a man deflated and ashen, but also smarmy and odious. It could be that prison and cable news cameras weren't responsible for making Simpson look smaller than he seemed. The explosion of true crime trend achieves that.

The Simpson murder case and television trial gave rise to that genre, as we know. Recent reappraisals of that history, along with other criminal cases involving the rich and seemingly untouchable, have been examined from so many angles as to shrivel our estimation of perpetrators like him. Breaking down this darker side of Simpson's biography, still unwinding before cameras, somehow further disempowers the man as he is now.

Simpson’s trajectory is more widely known than others, thanks to recent award-winning examinations via ESPN’s Oscar-winning documentary “O.J. Simpson: Made in America” and FX’s multiple Golden Globe- and Emmy-winning “The People v. O.J. Simpson: American Crime Story,” both released in 2016. Those works distinguished themselves by placing the case and Simpson himself in the context of our problems with race, class and gender in America.

Before those works came into existence, however, Simpson was grim punchline material for edgy comedians, an all-purpose bogeyman referenced in stories of domestic abuse. FX’s miniseries and ESPN documentary contemplate him as a symbol of the criminal justice system's asymmetrical favoritism of the wealthy, along with examining the ways that race, along with a woman’s image and choices can be twisted to ensure her voice isn’t considered as heavily as her male counterparts. Each is an allegory revealing how far our culture hasn’t progressed despite long-held illusions about a post-racial and more equal America.

Conversely airing this special now makes us contemplate what has changed since 2006, and specifically how time and the popularity of true crime have somehow made palatable a thing formerly considered obscene.

When the interview at the center of “O.J. Simpson: The Lost Confession?” was first produced, Fox was in the height of the Mike Darnell era of trashy reality. Darnell is the network’s former alternative entertainment executive responsible for such memorable diversions as “Skating with Celebrities,” and “The Simple Life,” a show that made celebutantes Paris Hilton and Nicole Richie pop culture fixtures. To be fair, he's also the man who armed Fox with the very weapon this special exists to counter, "American Idol."

The publisher’s announced release of “If I Did It” in November 2006 became the imprint’s undoing, effectively ending Regan’s career. She was pushed out in December 2006 after a very public outcry and alignment of forces against her within News Corporation’s own ecosystem. Bill O’Reilly slammed the planned special on “The O’Reilly Factor.” Geraldo Rivera declared, “I will bash this project every minute I have the opportunity to bash this project.”

The #MeToo era has since called those men to account, felling one of them. The recently-fired O’Reilly may stand as a greater symbol of patriarchal privilege running amok than Simpson these days. And Rivera is a running joke — then again, when was that not the case?

Even so, in 2018 Simpson still symbolizes. . .something. Perhaps this special will help those still fascinated by the story and the man to verbalize what that is.

A 1997 civil court judgment found Simpson responsible for both murders and he was ordered to pay $33.5 million in restitution to the victims’ families. Part of that restitution involved the Goldman family securing the publishing rights to “If I Did It,” released with a cover designed to make the word “if” barely visible next to the “I DID IT” portion of the title, displayed in gigantic red letters.

David Cook, who has been representing the Goldmans, renewed the civil court judgment in 2015 at $57 million, to account for interest. Now the amount owed sits around $70 million. The criminal courts may have rendered a “not guilty” verdict, but the victims’ families are dedicated to making Simpson pay. This divided result reflects the prevailing public sentiment about the man, and explains why that supposedly “lost” confession is airing now. A lot of us are fairly certain that he did it.