A powerful Republican says of a unanimously passed bill, he's "just letting it sit there for a while" 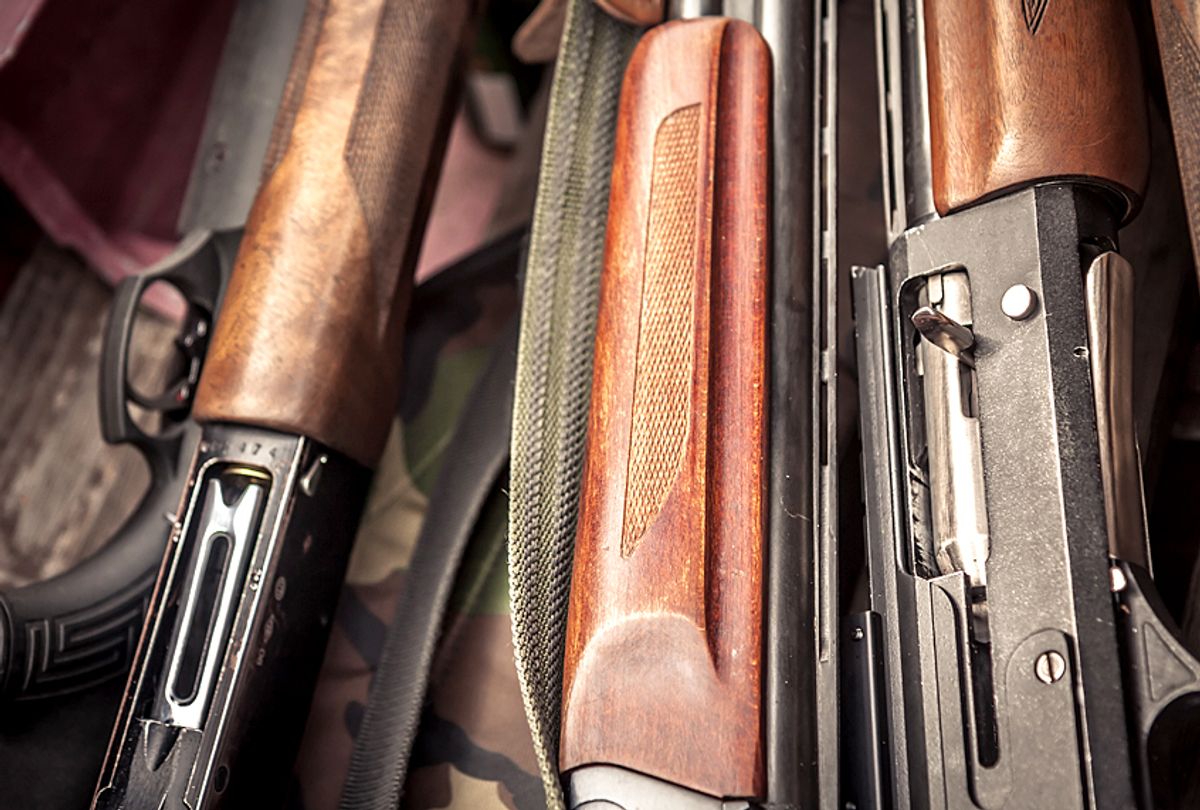 A bill that unanimously passed the Kansas House of Representatives to keep firearms out of the hands of domestic abusers is stalling due to obstacles thrown up by Republicans in the state Senate, where one legislator proclaimed he would let the bill "sit there for a while."

That quote came from an unnamed Republican in the Senate, according to the Kansas City Star, highlighting the larger ambivalence of the party to actually do anything.

The law in question would make it illegal for a Kansas resident who was convicted of a misdemeanor domestic violence offense within the last five years to possess a firearm. It would also make it illegal for Kansas residents who are fugitives or are subject to certain types of protection orders to have a gun, as well as individuals who reside in Kansas illegally. Kansas law already prohibits individuals convicted of a felony domestic violence offense from owning a gun.

The state's House of Representatives voted 120-0 to expand that provision to partially pertain to lesser domestic violence offenses. There's been a bunch of research suggesting that allowing domestic abusers access to guns significantly increases the homicide risk.

But there were signs that the Kansas State Senate wasn't going to pass the bill with as much ease as the House. It began when various state senators began adding provisions to the measure. One new provision applies to throwing stars; it made it illegal to possess a throwing star if it was meant to be used unlawfully against another person, rather than it being illegal to possess one (or sell, manufacture or purchase one) for any reason. Another provision created loopholes for Kansas residents who wanted to own a gun silencer.

After the revisions were made, however, the bill didn't move to the desk of Kansas Gov. Jeff Colyer as expected.