When Tucker Carlson started to talk about Women's History Month, there was only one way it could really go 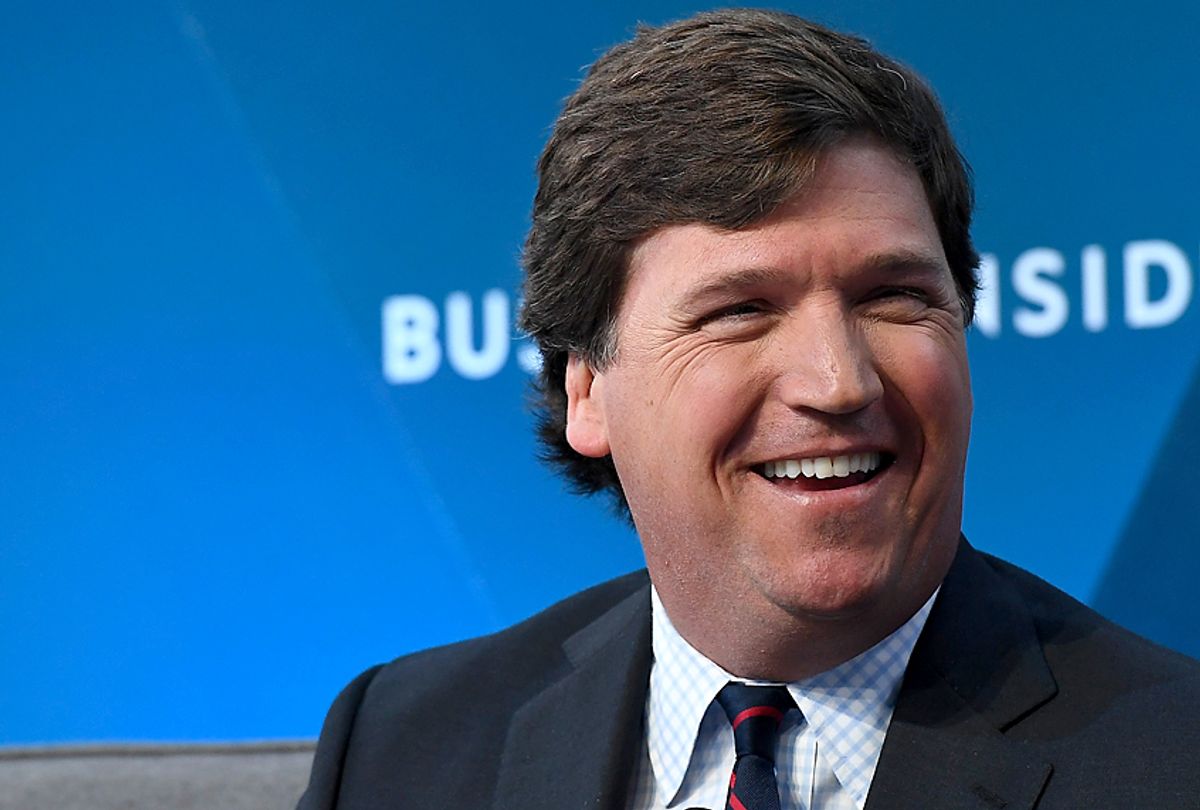 Like an ignored sibling during a birthday party, Fox News host Tucker Carlson is here to remind women, "What about me?"

Because March is Women's History Month, Carlson trotted out a well-worn argument that these days is only espoused by trolls and the opinion section of the American Spectator: Why doesn't anyone ever think about the men?

To anyone else, this might suggest that men perhaps should not occupy the dominant positions of social and economic power that they currently do, especially if they seem to abuse said power. But, no, Fox News' token white man says that men are not fine, and they need help.

Carlson, if nothing else, is a smart cookie, and he knows how to work a TV camera. So he makes a meal out of the dirt sandwich that he's serving up here. But there's no search for a solution in this concern-trolling, no real-world suggestions about how to make men better or happier people. In fact, just a few seconds after bemoaning the plight of the modern man, he dismissed the wage gap as a myth. But if men are less reliable — more likely to be drug-addled and less likely to live a stable life — what would possibly justify the wage gap? After all, if you're taking a risk on an employee, shouldn't you pay less to the one who's likely to be a worse employee and live with his parents?

That is what Carlson claimed to find: More and more managerial-level employees are women, who seem to be more in demand now. He devoted multiple segments of his Wednesday show to following up on this.

But remember: This argument came in the middle of Women's History Month, because Tucker Carlson is a hackneyed reactionary toll.

Worst yet, Carlson promised that Wednesday's segment would be the first in a weekly series spanning the month of March, so we look forward to his whining about the plight of guys for the next three weeks. Sounds like this snowflake needs to toughen up — and take it like a man.