The new musical drama from the creator of "Friday Night Lights" speaks to this moment ... sort of 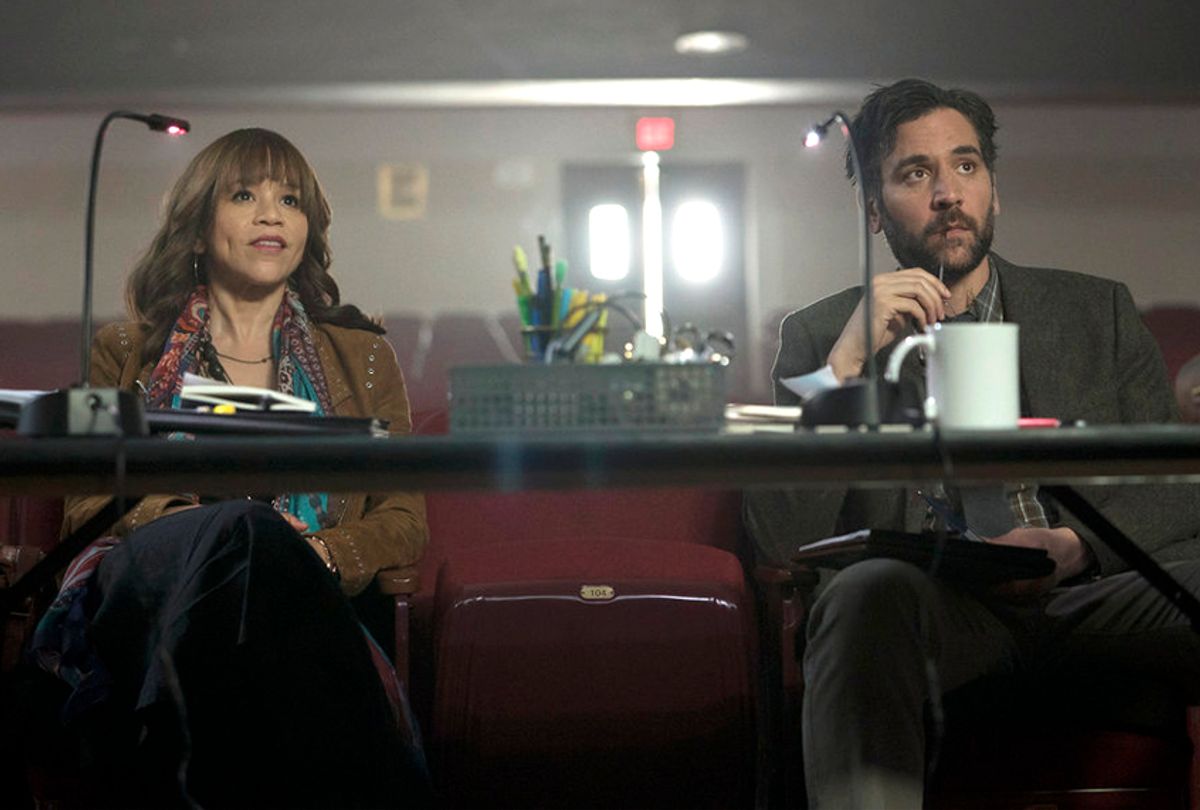 One somewhat underemphasized detail about the student activists stepping onto the national scene in response to the school shooting in Parkland, Fla., is that a number of them are theater kids. This factor received some mention in response to the ridiculous theory spreading on the right to explain their eloquence, asserting that they were actually crisis actors.

As a recent New Yorker article explains, that’s only half true: The charismatic Emma Gonzalez and #NeverAgainMSD co-founder Cameron Kasky are actors, but until now the only stage they’ve been featured on was the one at Marjory Stoneman Douglas High School. In an even more interesting coincidence, Kasky revealed on last week’s “Real Time With Bill Maher” that he has a part in a production of “Spring Awakening,” taking place at Parkland Performing Arts Center.

“Spring Awakening” seems to be a popular play these days. It’s an inciting force in NBC’s new drama “Rise,” debuting Tuesday at 10 p.m., and as a number of reporters have observed, it is a cultural piece that speaks to our times in a number of ways. The subject matter covered in the piece pushes the boundaries of what parents would consider to be age appropriate, with characters experiencing sexual awakenings, and contending with abuse, suicide and abortion, among other subjects mothers and fathers would rather not discuss with their kids.

But this is expressly the point Duncan Sheik and Steven Sater are making through the work: When adults aren’t honest with their children about the way the world works, that leaves their children to muddle and stumble their way through life on their own. Some of them fall down and fail spectacularly.

According to that New Yorker article, Sheik and Sater began writing the 2006 musical in response to the Columbine mass shooting, making its coincidental connection to Parkland all the more interesting.

“Rise” went into production long before the events of Parkland, but its degrees of separation from Marjory Stoneman Douglas may be fewer than one imagines. Series creator Jason Katims, the executive producer known for the critically acclaimed dramas “Parenthood” and “Friday Night Lights,” drew inspiration from Michael Sokolove’s book "Drama High," which tells the story of high school drama teacher Lou Volpe and his tumultuous experience with mounting a 2011 student production of “Spring Awakening."

NBC’s drama drew its own fire a couple of months ago when it was revealed that the main character, Lou Mazzuchelli (Josh Radnor), is a heterosexual man with a wife and two kids. Volpe is a gay man, and that led critics to accuse NBC of “straight-washing” the character.

Katims explained that although Volpe’s story inspires “Rise,” his goal was to make the story his own, a statement that was quickly misinterpreted but, with distance, isn’t any more unusual than the reasoning behind other adaptations.

Anyway, the final product viewers will see next week fulfills most of the obligations placed on it by a broadcast television audience and, moreover, by the “This Is Us” audience, which will be left without a weekly cry fix after Tuesday.

“Rise” may not scratch that itch initially, although Katims' signature emotional heft is present in every moment. Partnered with “Hamilton” producer Jeffrey Seller, Katims creates an underdog story about a teacher in a working-class town where the sports department rules the local high school.

Radnor’s Lou Mazzuchelli is a passionate English teacher who decides to take over the school’s drama program, even though his colleague Tracey Wolfe (Rosie Perez) has been fighting that good fight for years. Mazzuchelli sees an opportunity to kindle the spark of curiosity for learning in his students by connecting their passion for the written word with an appreciation for the arts, and in his view mounting the millionth production of “Grease” isn’t doing that.

So he proposes “Spring Awakening,” a move that horrifies parents and ticks off Wolfe, who discovers without warning that the job she’s slaved away to get has been handed to a white guy with zero experience in making production magic out of a nonexistent budget and using equipment that’s always on the verge of failure.

“Rise” has a warmth and soulfulness augmented by the themes surfaced in “Spring Awakening,” which, handily enough, parallels a number of the struggles his students are facing. Some of the conflicts are quintessential teen drama material that could have been ripped straight out of the John Hughes playbook: The star jock has eyes for the misfit girl from the wrong side of the tracks, the strait-laced drama club hero is stifling a truth about himself. Even Mazzuchelli himself has family issues that he can’t keep locked in his house.

What “Rise” has going for it is an honesty that prevents it from falling into the traps in which “Glee” frequently became stuck. None of its musical interludes come off as flippant, contrived or even all that corny, and the social conflicts the kids become embroiled in have a realism to them.

A subplot involving a transgender character testing the waters of his identity is introduced with subtlety and care, and the writers mindfully refrain from making his evolution into a device to introduce tension. That’s served by the conflict between the football team, which commands six figures in funding from the local school board, and the arts department, which has to beg and plead for a few dollars to buy production supplies.

Perez turns in a sure-footed performance as a long-suffering teacher, and in fact, she’s so easy to connect with that it makes Mazzuchelli even more irritating than he is, just in being his well-meaning but entitled self. Helpfully, Radnor is a charming actor, but this means he also has the dubious distinction of being the most annoying character in a promising series — again. His Lou only wants to do the right thing for his kids, striving to make the world better even as he stomps his earnest do-gooder passion all over everyone in his orbit.

This may sound familiar to any “How I Met Your Mother” viewers who found the character he played in that series, Ted, lovable and irritating in equal measure.  It’s a look he’s worn before, and ultimately it works, even if you want to slap him around every now and again.

The missed opportunities of “Rise” have little to do with the characters, actually. Rather, what it fails to do with clarity is make an unassailable argument in favor of the necessity of art and cultural education in schools. The students representing Marjory Stoneman Douglas’ survivors are the products of a flourishing artistic education, one that’s granted them the confidence and quick thinking to stand on the national stage and remain even-keeled when adults with powerful public platforms, such as Bill Maher, say things to them like, “I honestly thought kids were a lot stupider.”

Of course, the writers hadn’t seen that argument in action — only the pattern offered by the book and the fluffy conviction, as Wolfe puts it, that the arts are what separate us from the apes. And that’s true, but it does little to sway an audience that would rather be entertained by sport.