How can I find positive gender representations in movies and on TV? 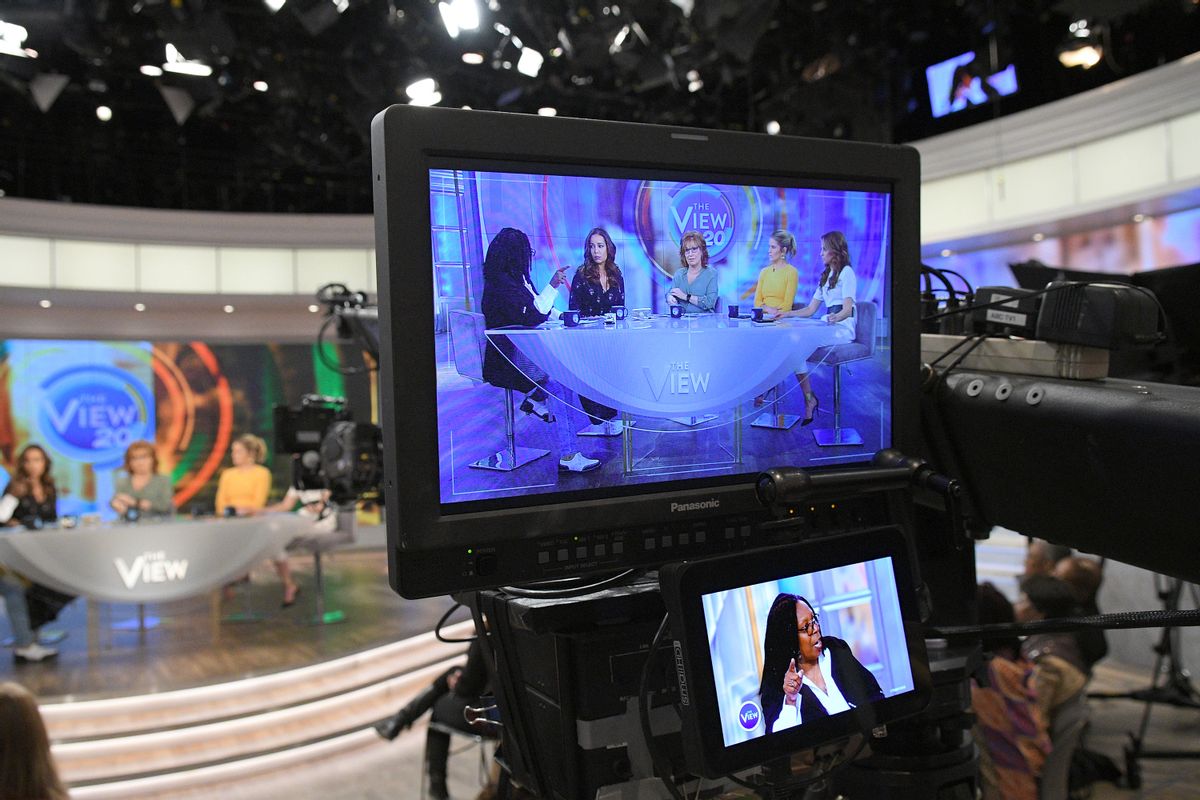 In this March 21, 2017 photo released by ABC, co-hosts, from left, Whoopi Goldberg, Sunny Hostin, Joy Behar, Sara Haines and Jedediah Bila appear on a monitor during a broadcast of "The View," in New York. The unquenchable thirst for chatter about President Donald Trump has changed the dynamics of a fierce daytime television competition much as it has in late-night TV. "The View" has spent more time talking politics with the arrival of a new administration, stopping the momentum of its rival "The Talk," which sticks to pop culture. (Lorenzo Bevilaqua/ABC via AP) (AP)
--

If you're concerned about how gender stereotypes affect kids, you're not alone. Half of all parents think that the way TV and movies portray girls, women, boys, and men influence the way kids see themselves — and not for the better. Research bears this out. According to Common Sense Media's report Watching Gender: How Stereotypes in Movies and on TV Impact Kids' Development, what kids watch affects everything from their self-esteem to their relationships to their career choices.

There's something you can do. Knowing how much kids look to media for gender cues on how to look, how to act, and even what to become, you can play an active role in replacing these outdated messages with ones that will spur your kids to achieve their full potential — not only as men and women but as human beings. Be aware that as kids grow, they are especially keyed into specific gender messages that target their ages. (Find out what kids are learning about gender at each phase, and get age-based conversation starters.) When choosing media for your kids, check out Common Sense Media''s suggestions for TV and movies that have positive gender representations. And use the tips below on what to look for in movies and on TV. For each age group, be on the lookout for shows that: